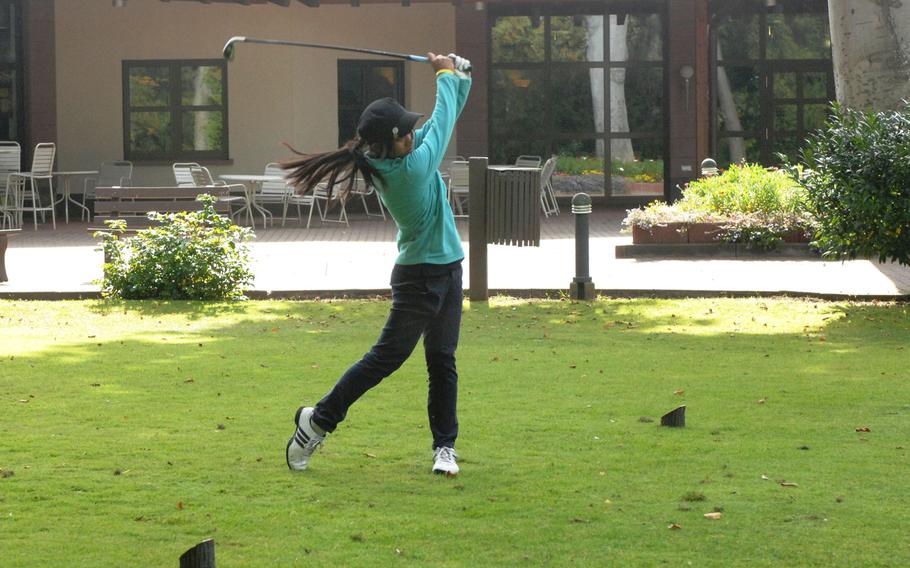 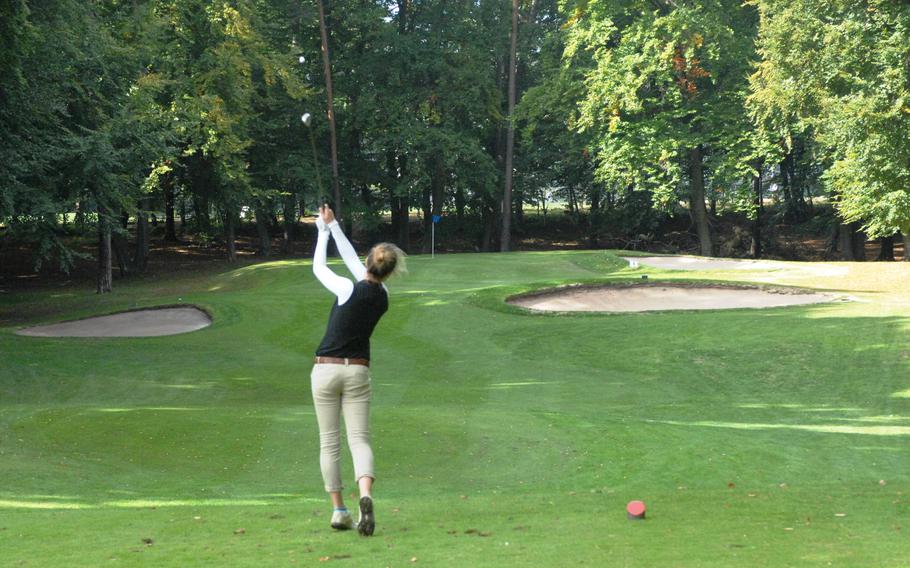 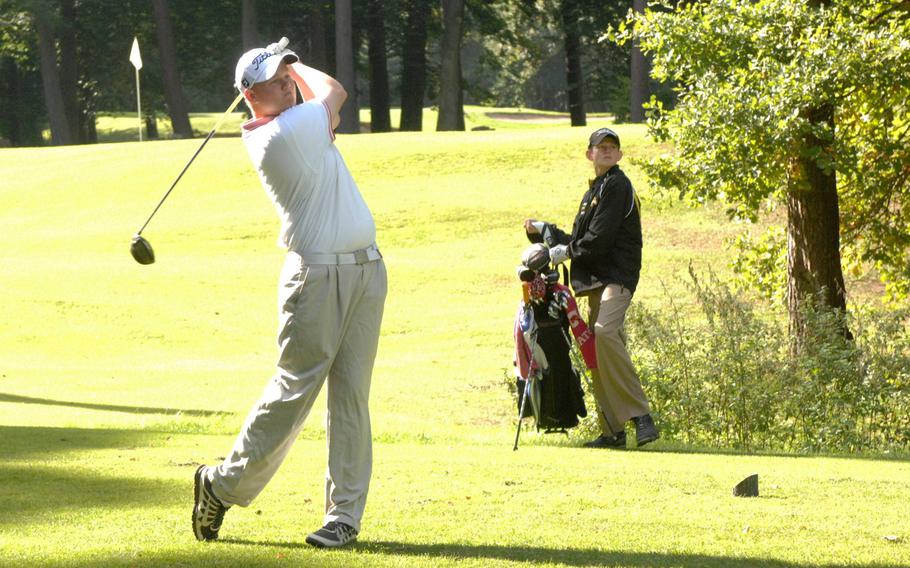 RAMSTEIN AIR BASE, Germany - The numbers on Jordan Holifield’s scorecard are even more impressive when you consider the numbers on his birth certificate. The 14-year-old Patch freshman stepped off a plane from Maryland just more than a month ago and immediately shouldered his way to the top of the DODDS-Europe golf leaderboard, moving ahead of upperclassman contenders in his path. With the regular season over as of Thursday’s five-school meet at Ramstein Air Base, the newly-arrived Panther ace is an undeniable favorite to contend for an individual title at next week’s European championship tournament. The two-day event runs Wednesday and Thursday at Rheinblick Golf Course in Wiesbaden, Germany. Though Holifield will join a European field missing many of last year’s top finishers, he will have to outduel reigning champion Everett Plocek of Ramstein to complete his ascent. A senior, Plocek is the ace of a deep Royals team and is continually pushed by teammate and fellow contender Joshua Davis. Patch coach Philip Carson is looking forward to watching Holifield face Plocek on DODDS-Europe’s biggest stage. “I think (Holifield) will do very well at Europeans,” Carson said. “I think whoever wins will be whoever has the better day. They’re both very talented golfers.” Holifield fared well in a first head-to-head encounter with Plocek on Sept. 26, shooting an even-par 72 and beating both Plocek and Davis by nine points under Stableford scoring rules. But that kind of effort won’t necessarily happen again at Europeans. Holifield said he’s still searching for match-to-match consistency; as if to prove it, he narrowly escaped Thursday’s finale at Ramstein with a one-stroke victory over Kaiserslautern’s Jeffery Kidwell. “My game’s been up and down lately,” Holifield said. The youth movement is even more pronounced among the DODDS-Europe girls ranks. Ramstein sophomore Dametrah Lewis, Bitburg sophomore Samantha Nop and Kaiserslautern freshman Ana-Maria Duenas are among the youngsters with a chance to make a run at individual gold. No matter how quickly they come into their own, however, the underclassmen may find a European championship remains out of their grasp now. Though no longer an underclassmen phenom herself, Wiesbaden star Jenna Eidem has been no less phenomenal as a junior. Eidem won her first European title as a freshman, added another as a sophomore, and is a strong favorite to claim a third next Thursday, particularly after an 11-point Stableford win in her regular-season wrap-up Wednesday. Nop, who finished sixth in Europe last year and has already qualified for a return trip, won Thursday’s final regular-season round at Ramstein by six Stableford points. Her focus, however, was on fine-tuning her chipping and putting skills in hopes of trimming a few more strokes off her score next week. “I know I did really well the last few tournaments,” Nop said. “I don’t feel as much pressure as I normally would.” broome.gregory@stripes.com Twitter: @broomestripes