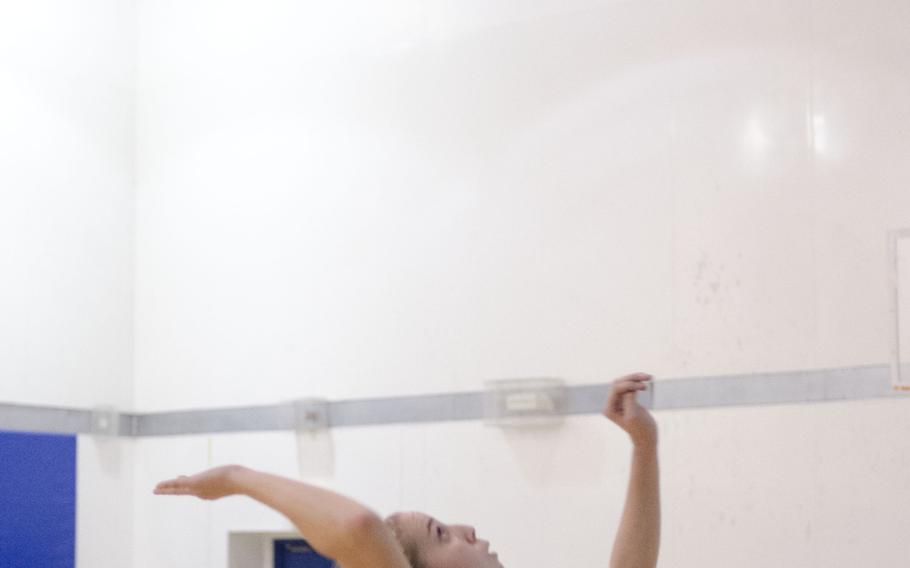 Ramstein's Dakota Smith prepares to hit the ball during a volleyball game against Alconbury on Saturday, Oct. 3, 2015, at RAF Lakenheath, England. Ramstein beat Alconbury in three sets, but lost to Lakenheath. (Adam L. Mathis/Stars and Stripes)

Ramstein's Dakota Smith prepares to hit the ball during a volleyball game against Alconbury on Saturday, Oct. 3, 2015, at RAF Lakenheath, England. Ramstein beat Alconbury in three sets, but lost to Lakenheath. (Adam L. Mathis/Stars and Stripes) 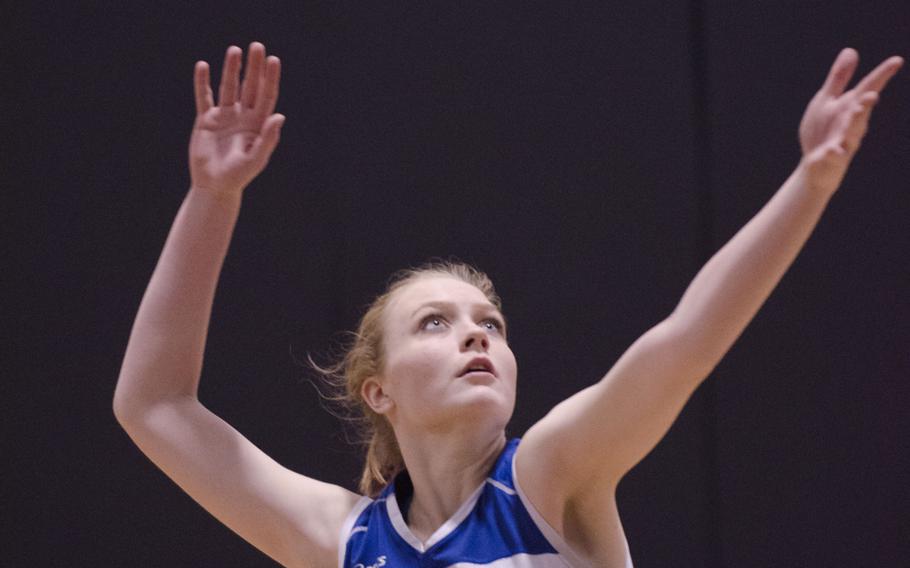 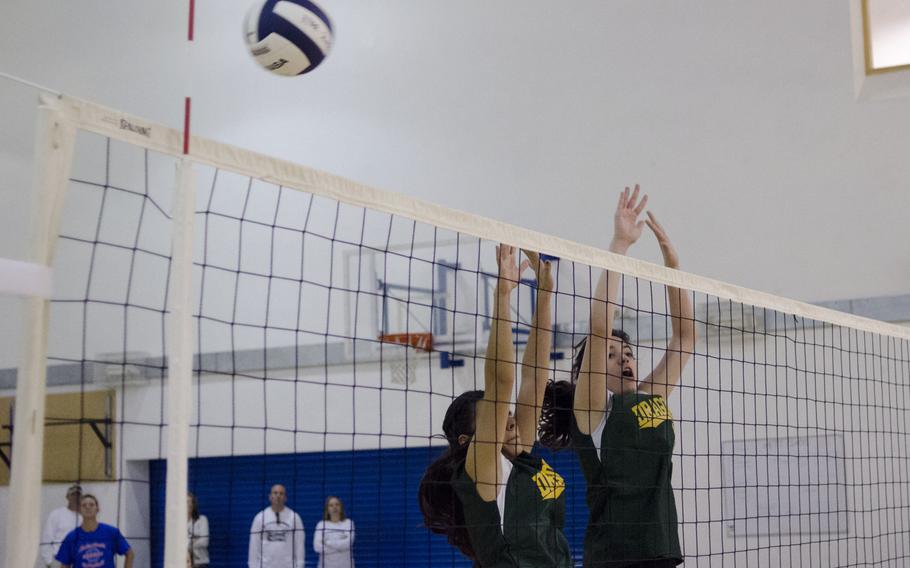 Alconbury volleyball players attempt a block during a game against Ramstein at RAF Lakenheath, England, on Saturday Oct. 3, 2015. Alconbury lost the match in three sets. (Adam L. Mathis/Stars and Stripes)

RAF LAKENHEATH, England – Wiesbaden is moving again toward an undefeated volleyball season after taking down two British rivals Saturday during a four-team meet.

The Warriors beat Lakenheath in five sets and Alconbury in three to add to their undefeated season, continuing a run from last year. Wiesbaden finished last season 10-0, then went on to win the postseason tournament.

After the games, Linnea Velsvaag, Wiesbaden’s head coach, praised the leadership of the players on the floorfor quickly recovering after losing the first set to Lakenheath.

“What they do well is recover,” Velsvaag said.

Nick Highley, Ramstein’s associate head coach, said after losing to Lakenheath that his team failed in passing, but excelled in serving.

“When we get a chance to attack, we’re a great attacking team,” Highley said.

Kat Janssen, head coach for Lakenheath, attributed her team’s victory over Ramstein in part to familiarity, having played the Royals last week and the loss to Wiesbaden in part to lack of experience with the Warriors and in part to fatigue, which led to players squabbling a bit.

“Sometimes when they get frustrated they have a hard time coming together as a team and working together,” Janssen said.