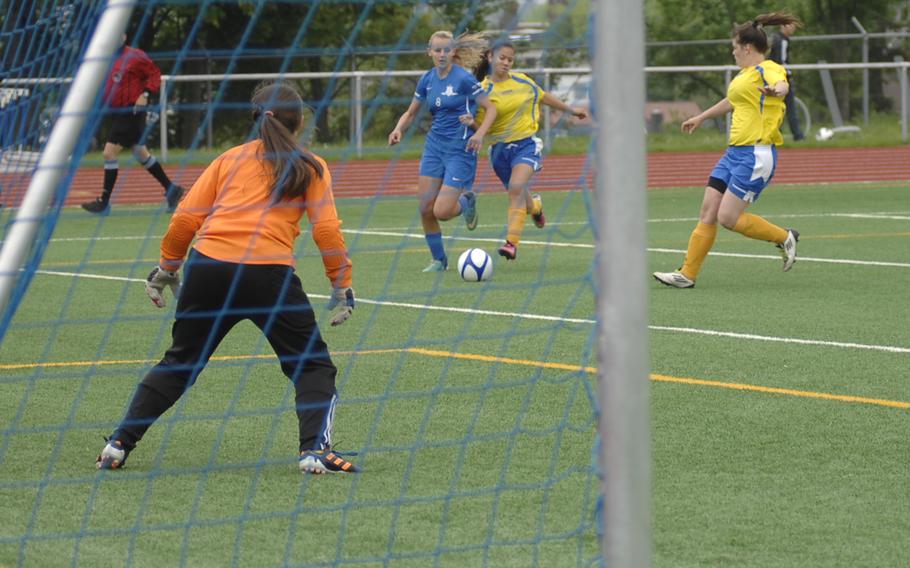 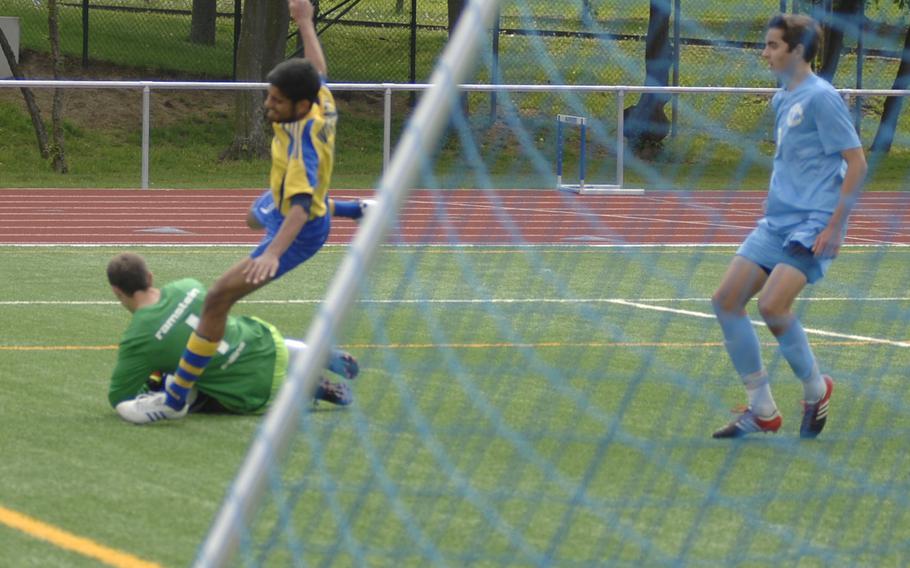 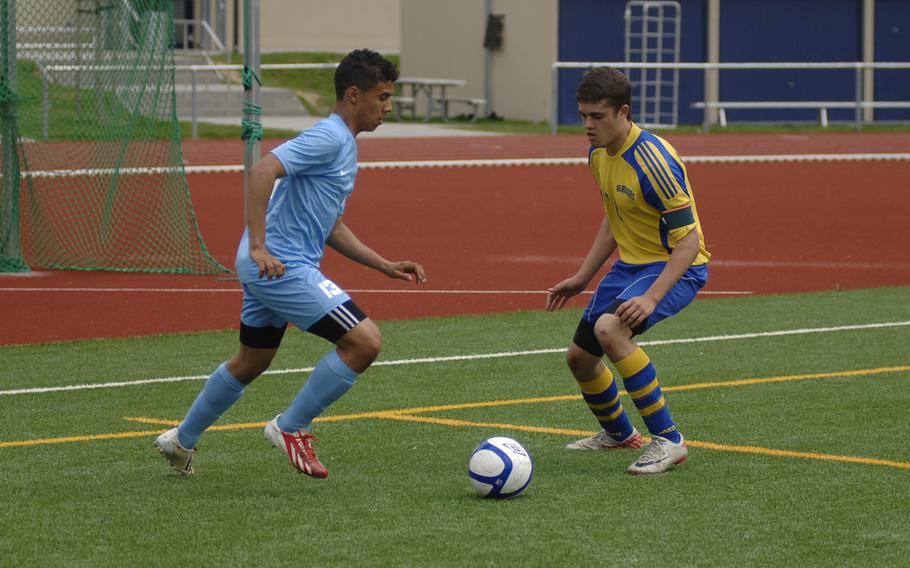 WIESBADEN, Germany – Agreeable weather, a pristine pitch, a special occasion - all of the elements were in place for a memorable day of Wiesbaden soccer Saturday.

Only the opponents didn't cooperate.

Ramstein spoiled the host Warriors' final 2013 home appearance with a girls and boys soccer sweep, completing matching undefeated regular seasons at the expense of their Division I rivals. The girls won 4-0, while the boys won 2-1.

Wiesbaden fought the Royal girls to a scoreless draw through the first half, effectively shutting down a Ramstein offense that had scored 11 goals in its most recent outing and 27 over the first six games of its season.

It was that same spirited defense that sent the game into a tailspin for the Warriors.

The tie was broken just after halftime as a chaotic scrum in front of the Wiesbaden goal ended with the ball caroming off a Warrior defender and into the net for a Royal goal. The fluke play shook the Warriors' confidence, Wiesbaden coach Steve Stanley said, and led to the game's quick devolution into a rout.

"That first own-goal kind of got them back on their heels a little bit," Stanley said of his team. "We don't get scored on a lot."

With momentum on their side, the Royals came away with more than their share of contested balls as the Warriors fought off fatigue and frustration.

"We just have a lot of competitive girls, and they just go for it," Ramstein coach Katee Albertson said. "They just want to win the ball."

Shannon Guffey added a goal soon after to double the Ramstein lead. Then the emotional game took a turn for the ugly.

Wiesbaden and Ramstein players became entangled while fighting for possession in Wiesbaden territory, and the altercation threatened to escalate as members of both teams arrived on the scene in roughshod style.

Referees and coaches restored order, and Wiesbaden's Francesca Lee and Ramstein's Chantelle DuBois were issued red cards. Each was ejected and will miss their team's next game, which happens to fall on the opening day of the European championship tournament.

After the girls cleared the field, many still in tears over the late-game unpleasantness, the boys took over and delivered an evenly-matched defensive battle that ended in a narrow Royals win.

Ramstein eked out a first-half goal under unusual circumstances as striker Lee DeBose corralled a precision cross kick from teammate Lorenzo Rodriguez and deposited the goal with a left-footed kick, a surprising turn of events for the Royal righty.

"I was like, 'Wow, OK, I can actually shoot with my left," DeBose said.

Jay-Lee Sykes scored early in the second half off a Jose Oduber assist to push the Ramstein lead to 2-0.

Wiesbaden made a valiant comeback effort, halving the deficit on a Dhillon Tisdale goal and hovering around the Royal net in search of a tying score. But the referees whistled the game's end with the Warriors in possession just outside of the Ramstein box.

"It's a good test for us," Ramstein coach Dominik Ludes said. "This kind of felt like a tournament game.

"I think we're ready for next week."