Stuttgart sending a half dozen athletes to college ranks 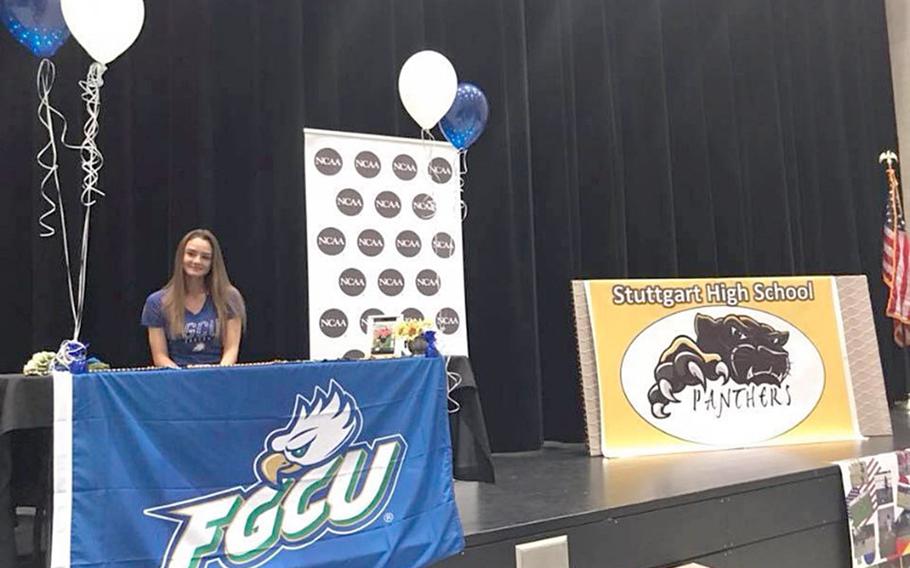 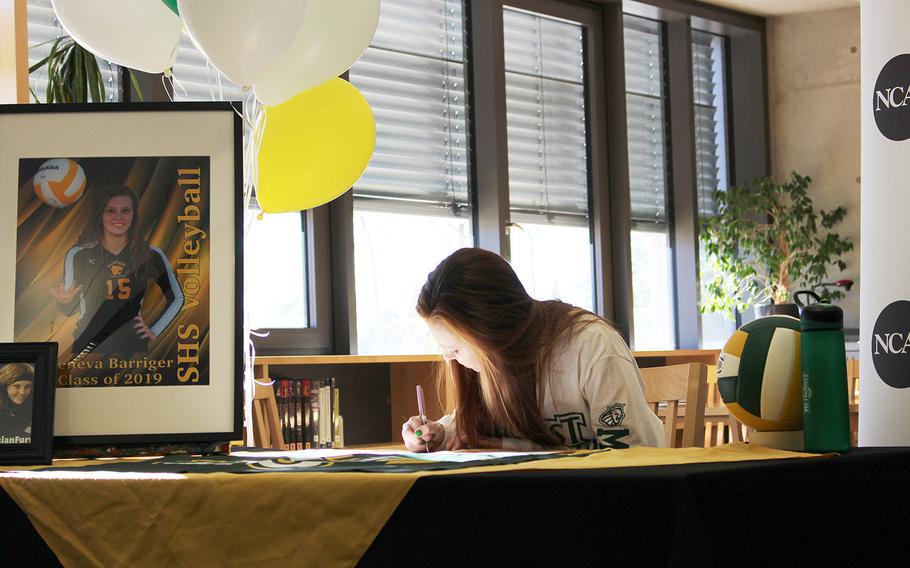 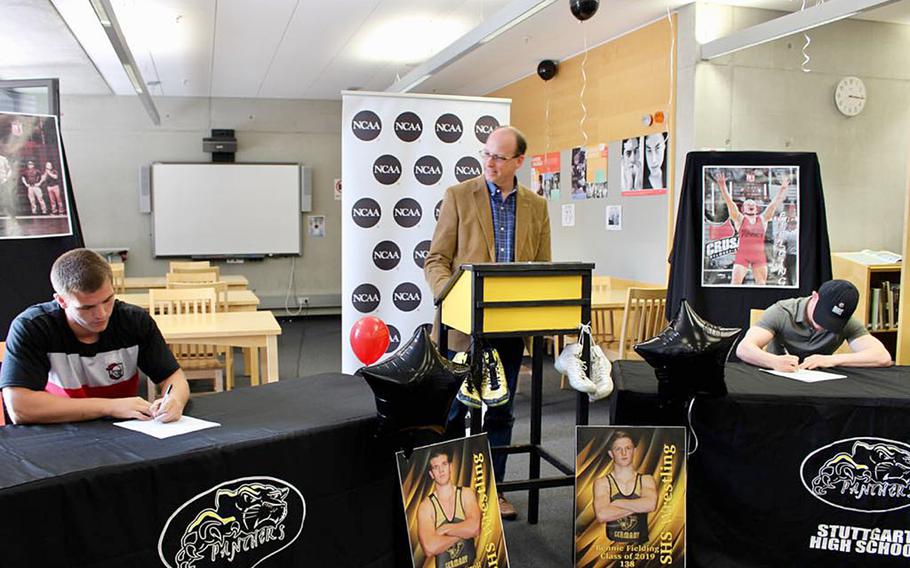 Stuttgart wrestling co-captains Benjamin Fielding and John Carroll will remain teammates at the next level.

The two multiple-time DODEA-Europe wrestling champions, both recent Stars and Stripes wrestling Athletes of the Year, signed with Belmont Abbey College in Charlotte, N.C., at a ceremony held this week at Stuttgart High School, becoming the latest in a string of recent collegiate commitments for the Panthers.

Geneva Barriger: The 2018 Stars and Stripes volleyball Athlete of the Year signed with Methodist University, an NCAA Division III program in Fayetteville, N.C., at a ceremony is February.

Barriger was a first-team All-Europe selection and the MVP of the DODEA-Europe Division I tournament in the fall while leading the Panthers to a European championship.

John Carroll: The Panther heavyweight, a fixture of the school’s football and wrestling programs, will continue his career on the mat at Belmont Abbey, an NCAA Division II program.

Carroll, the 2018 Stars and Stripes wrestling Athlete of the Year, won his third DODEA-Europe 285-pound wrestling championship in February, just months after another All-Europe season on the gridiron.

Wesley Coglianese: The Panthers’ pitching ace will suit up for Southwestern University in Georgetown, Texas, next season.

In addition to his exploits on the diamond, Coglianese won the 2019 DODEA-Europe wrestling championship at 182 pounds to extend the program’s dynasty on the mats.

Southwestern is an NCAA Division III program in Georgetown, Texas.

Benjamin Fielding: Having completed one of the most accomplished wrestling careers in DODEA-Europe history, Fielding is poised to make an immediate impact for Belmont Abbey.

Fielding won four consecutive European wrestling championships at four different weight classes, capped off by a 16-second victory in the 138-pound title bout this winter. He leaves Stuttgart with a career record of 106 wins, including 103 pinfalls, and zero losses, along with four individual titles and four Division I team titles for the Panthers.

Lilly Lakich: The new star of Stuttgart girls soccer is in the midst of her only season with the Panthers, and she’s already got her next stop secured.

Lakich signed her National Letter of Intent to play for NCAA Division I school Florida Gulf Coast University in a ceremony in November. The move to FGCU’s Fort Myers campus will be a homecoming of sorts for the well-traveled star, who transferred to Stuttgart from Tampa in the summer of 2018 after previous stops in Virginia, North Carolina, South Korea and Japan.