Spikers trying to round into form for finals 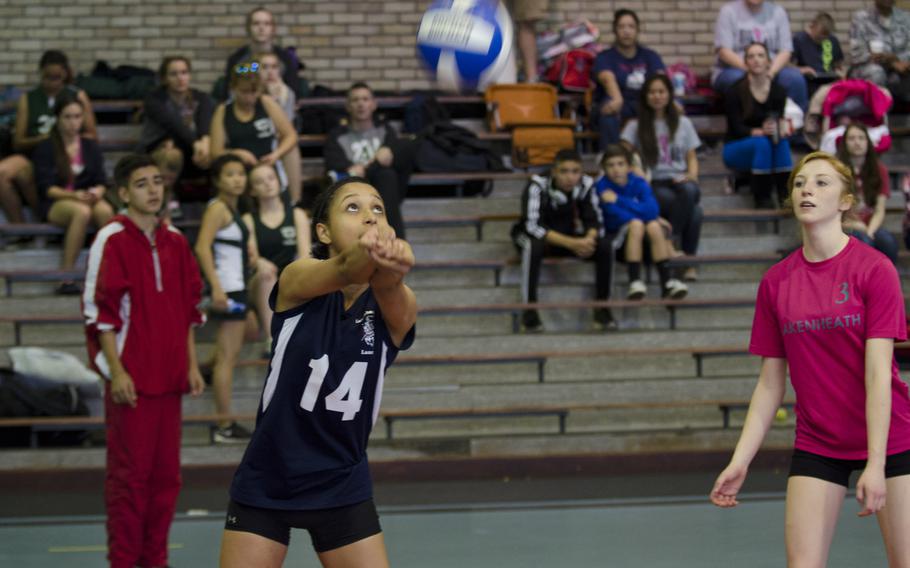 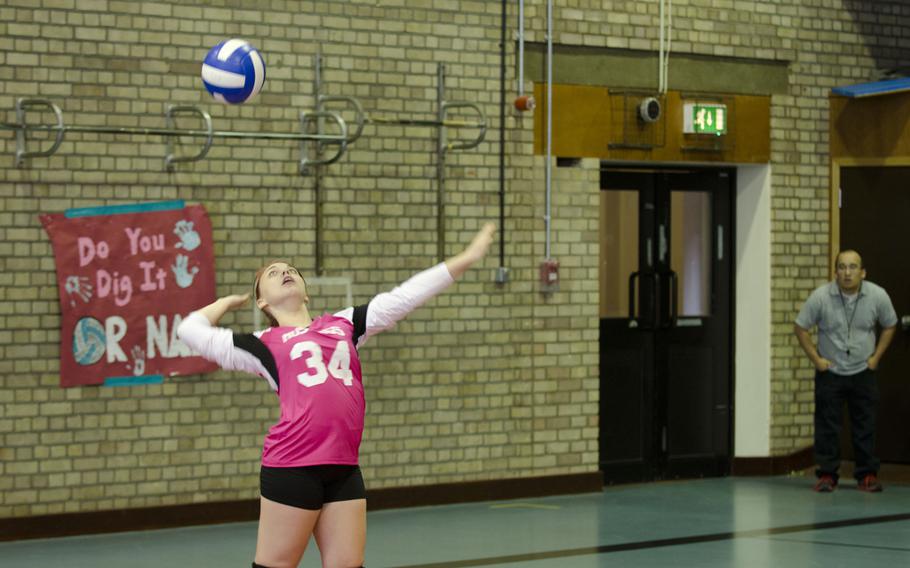 The Lancers, who defeated SHAPE and Menwith Hill, were spearheaded by Jade Julien and Kayla Langster, with 12 and 11 kills respectively, and Adrianna Ruffin, with eight aces and nine kills.

“There were definitely some great streaks where we just were on a roll, we just seemed to do everything right and we didn’t give the other team many opportunities to take advantage of the situation,” Lancer coach Kyle Siftar said.

Lakenheath’s sweep didn’t come easily, though, especially against SHAPE. While the Spartans lost the first set 25-13, they rallied to push the last two matches into overtime, before losing 26-24 in both.

Siftar said his team suffered from some serving errors and he feels “pretty good” about the upcoming finals. He pointed out that three-time defending champion Ramstein, which beat the Lancers earlier in the season, has lost a lot of power hitters.

“I think that bodes well for us, because that’s one less tough competitor,” Siftar said.

Despite losing to Lakenheath, SHAPE finished the season with a strong record at 8-2 and the team is making preparations for the upcoming D-II championships.

Coach Jerry Prestridge said the Spartans tried out some new things during Saturday, such as experimenting with switching at the defensive libero position.

He also wanted to get his players more rounded, noting that some excel at hitting or passing but need practice in other areas.

“I’m excited about it (Europeans), I think the girls are,” Prestridge said. “This is the first season in a while that we’ve gone in … with a really good winning record … we’ve got some bright spots in front of us.”