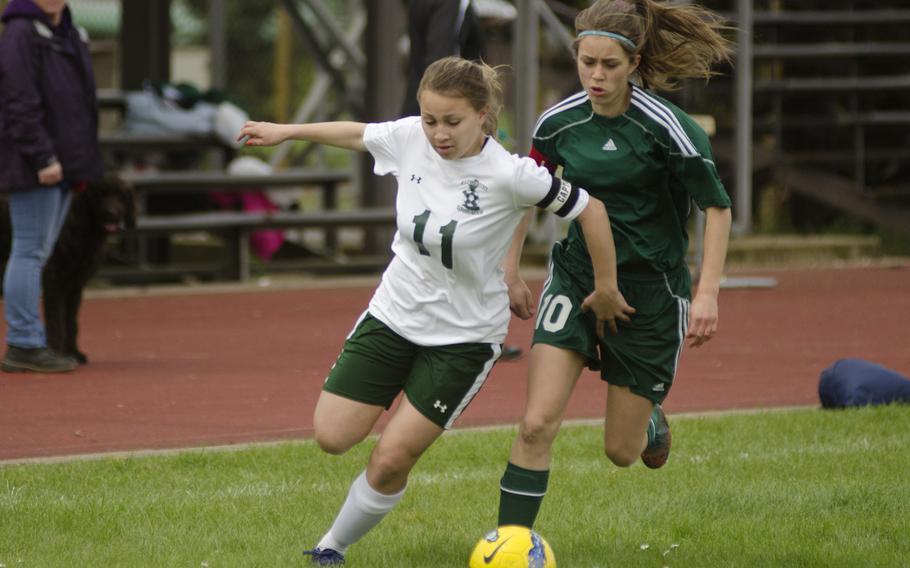 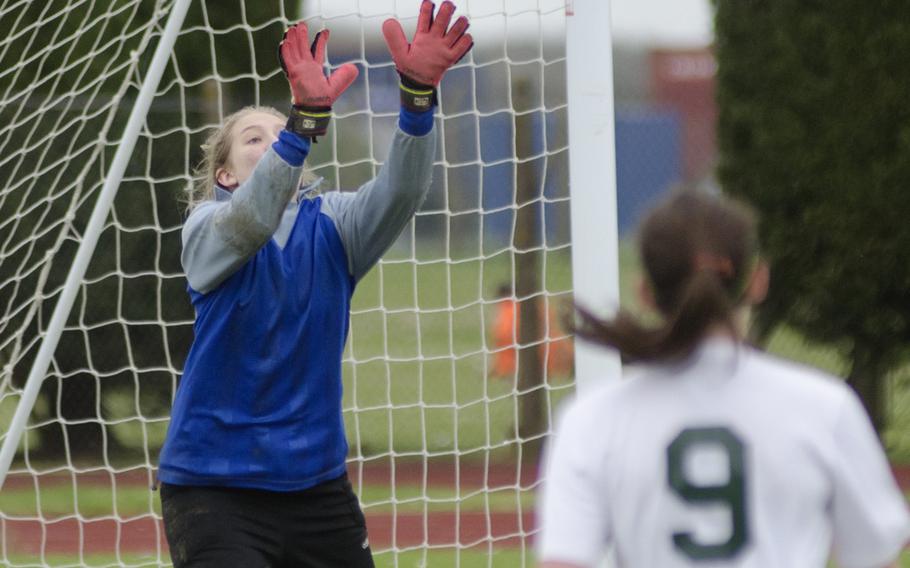 SHAPE's Lizzie Hobbs blocks a goal from an Alconbury player Saturday, during an away game at Alconbury, England. Hobbs had four saves during the game, helping her team to a 6-4 win. (Adam L. Mathis/Stars and Stripes) 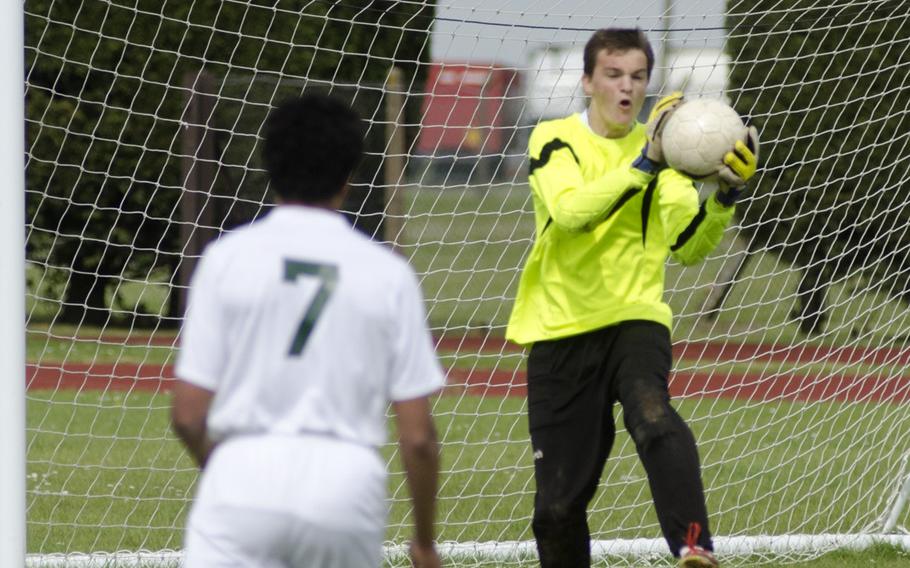 Alconbury's Luke Kobes blocks a goal attempt from SHAPE Saturday, during a game at Alconbury, England. Kobes had 12 saves during the game, but SHAPE won 6-0. (Adam L. Mathis/Stars and Stripes) 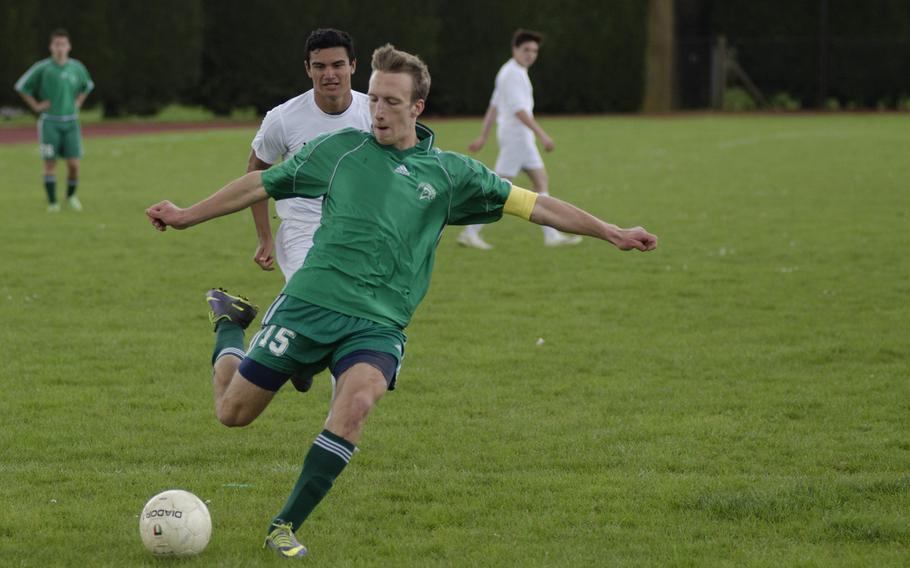 GirlsSHAPE 6, Alconbury 4: The lady Spartans looked set to dominate Alconbury, ending the first half ahead 3-0.

Alconbury, however, mustered a second half revival that netted four goals, but failed to hold off SHAPE's offense.

Shawn Whitehurst, SHAPE’s coach, said one of the things his team did right during the game was attacking the ball in the air.

"We were able to make a couple really good chain plays, connections between players," Whitehurst said.

Alconbury coach Armando Cordero was upbeat despite the loss. He said the Dragons were not putting enough pressure on their opponents' dribbling during the first half.

"We really were the better team in the second half," Cordero said.

BoysSHAPE 6, Alconbury 0: The Spartan boys managed a big victory over the Dragons.

SHAPE ran away with numerous goals in the first half and in the second half their offense kept the ball almost constantly near the Alconbury goal. Doug Burgoyne, SHAPE’s coach, said his boys made few mistakes on the field, playing "calmly" and with discipline.

"I'm quite proud of them," Burgoyne said. "This is the best game they've had."

This made it all the more difficult for the Dragons, who are fighting manpower and experience issues. Alconbury coach Jeff Black said his team has a lot of freshmen and a small roster with some kids opting for baseball instead.

Black said playing a team like SHAPE helps his team understand how to apply what they learn in training.

"You play a good, good solid team like SHAPE and they move the ball around, and they pass and they make the runs and cuts, those are the things that you … (teach them) in training but they don't really see or know until they're played against it," Black said.