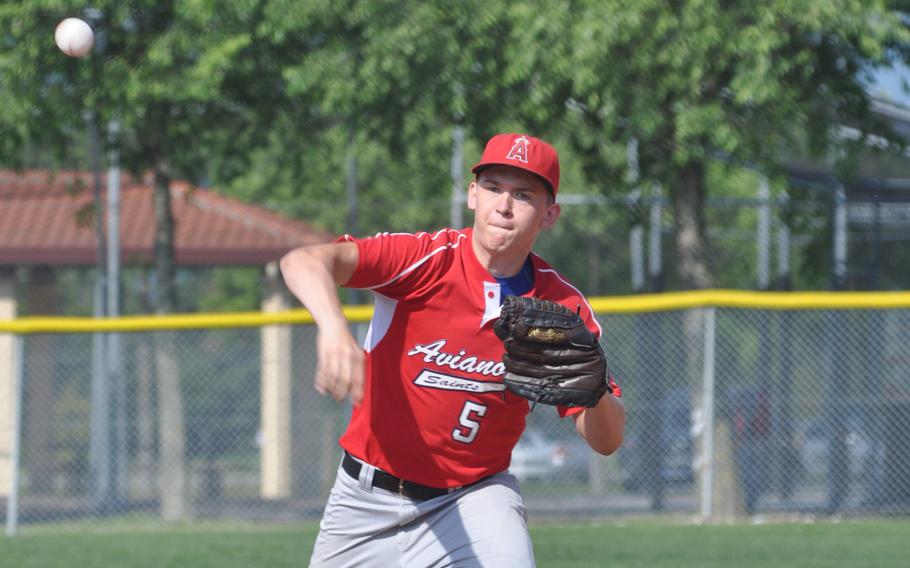 Aviano's Dylan Kelly tosses toward home in the Saints 8-4 loss to Sigonella on Saturday. Kelly gave up three runs in four innings and left with the game tied at 3-3. (Kent Harris/Stars and Stripes)

Aviano's Dylan Kelly tosses toward home in the Saints 8-4 loss to Sigonella on Saturday. Kelly gave up three runs in four innings and left with the game tied at 3-3. (Kent Harris/Stars and Stripes) 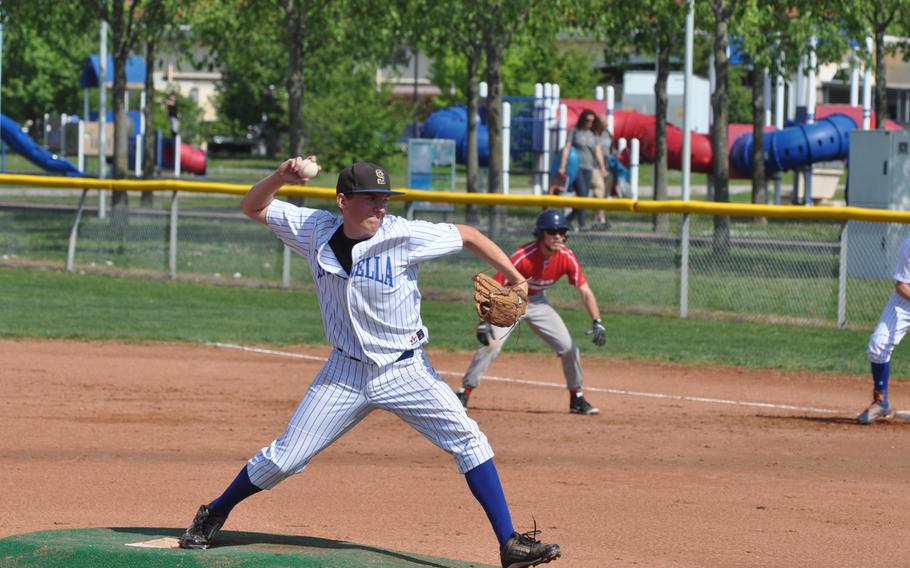 Sigonella's Tommy McManus went three innings for the Jaguars on Saturday, giving up three runs. His team rallied for an 8-4 victory over Aviano. (Kent Harris/Stars and Stripes) 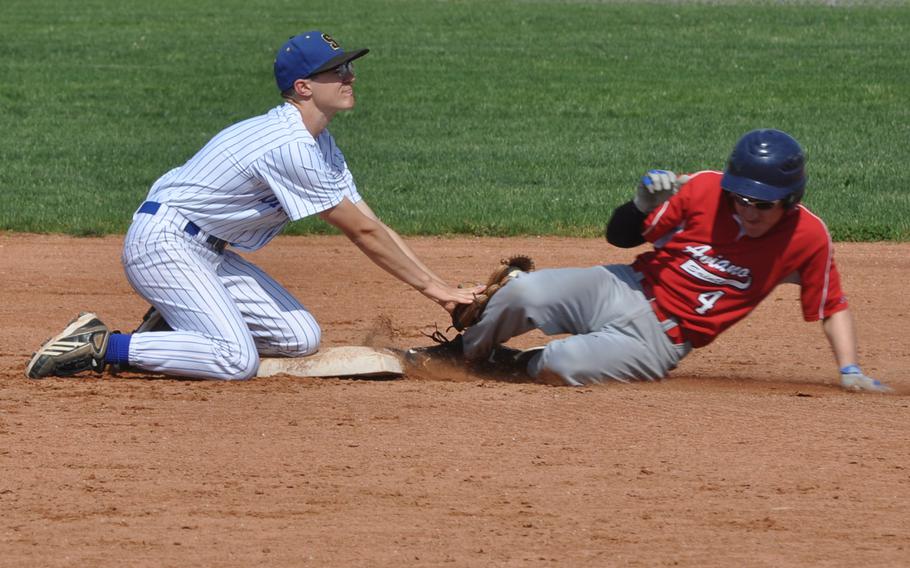 Sigonella shortstop Mason Youberg applies the tag to Aviano's Scott Henshaw, who was called out in the second inning of the Jaguars' 8-4 victory over the Saints on Saturday. (Kent Harris/Stars and Stripes) 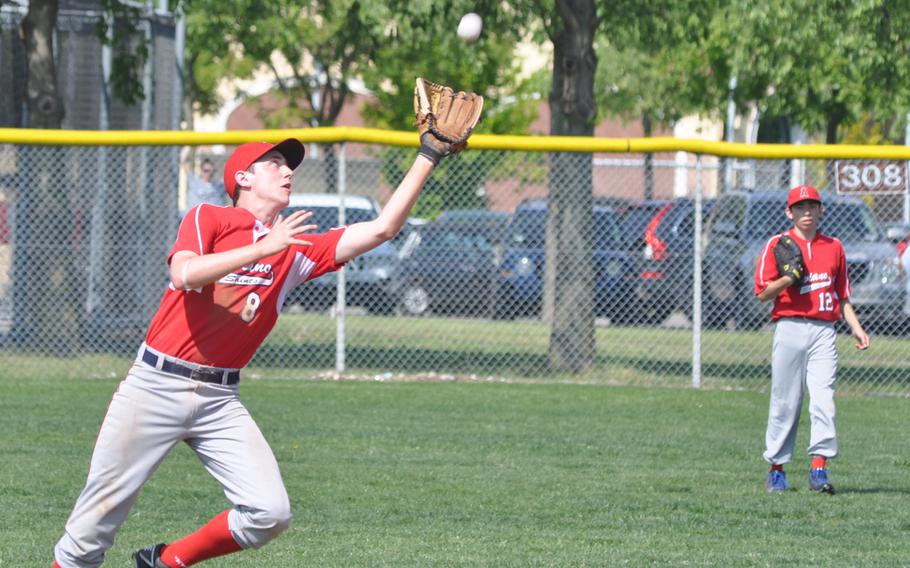 Aviano shortstop Matt Norman watches the ball head toward his mitt Saturday in the Saints' 8-4 loss to Sigonella. (Kent Harris/Stars and Stripes)

AVIANO AIR BASE, Italy – There wasn’t a lot that either coach could say.

Aviano’s James Hammond tried being philosophical: “Our players need to play as many games right now as they can to build up stamina,” he said. Sigonella’s Matt McKown tried empathy.

“We’ve played Vicenza and Naples and we know what it’s like to be on the end of that,” he said.

The Jaguars’ 14-0 drubbing of the Saints in the second game of a baseball doubleheader ended a day that started off surprisingly well for Aviano, which has lost all eight of its games this season – including 8-4 in the first game of the day.

The Saints led 3-1 after three innings and were tied at 3-3 entering the fifth inning – the first time they’re played that many frames this season.

But catcher Jon Gasporra’s fly ball to left rolled all the way to the fence, giving him a triple and driving in two runs. He scored on Tommy McManus’ single and Sigonella added two more insurance runs.

“It could have gone either way,” Hammond said.

Aviano starter Dylan Kelly kept the Jaguars in check through three innings, but tired in the fourth. He issued his first four walks and hit a batter as Sigonella tied the game.

Freshman Diego Rodriguez’s double in the first inning was the lone Aviano highlight in the second game. Aviano had only two baserunners and couldn’t stop the Jaguars from getting on – and rounding the bases once they were there.

Gasporra drove in three runs and McManus and Zane Groves each had two hits for the Jaguars, who improved to 4-6 with the victory. All four wins have come against the Saints.

The Jaguars travel to Naples next weekend, then have three weeks off until the European championships. Aviano takes on Vicenza the next two weekends.