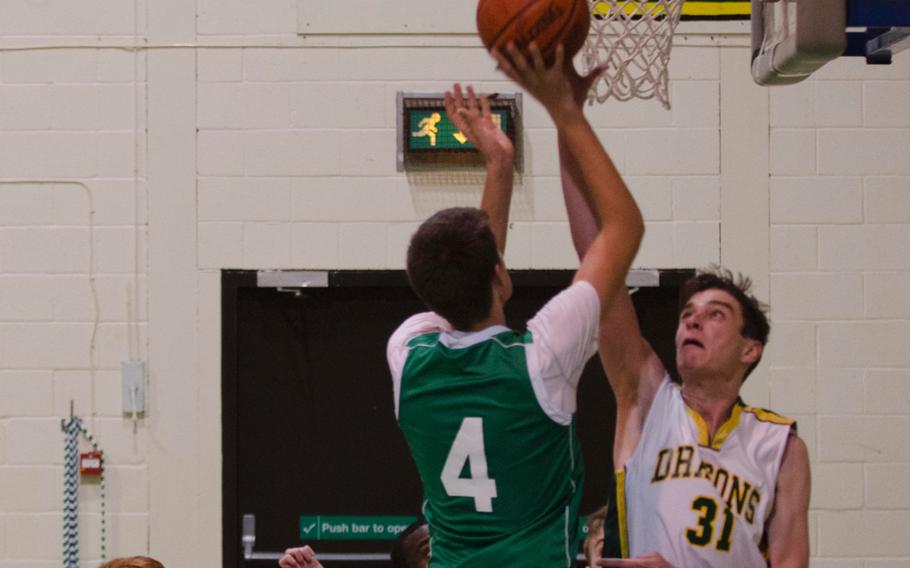 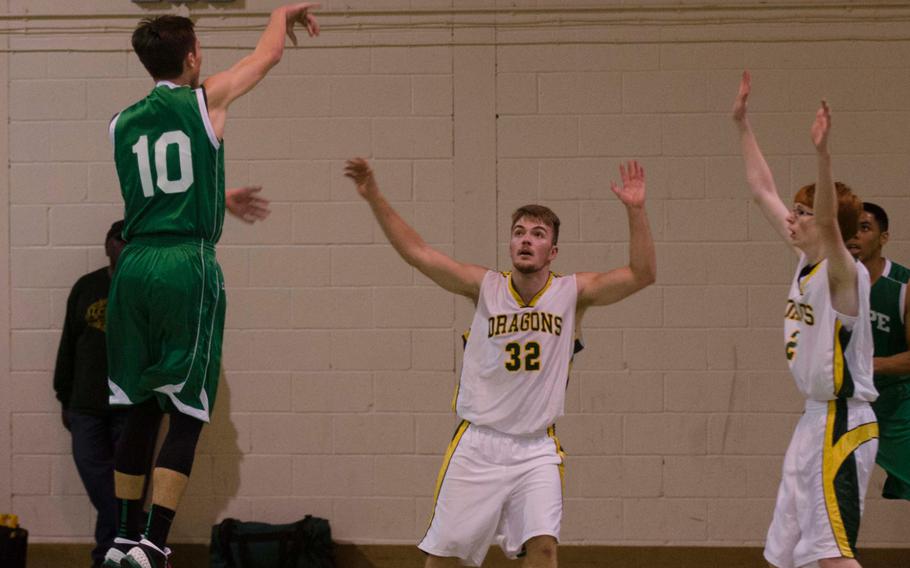 SHAPE's Austin Stephens attempts a pass against Alconbury during an away game on Friday, Dec. 4, 2015. Stephens scored 17 points during the game. (Adam L. Mathis/Stars and Stripes) 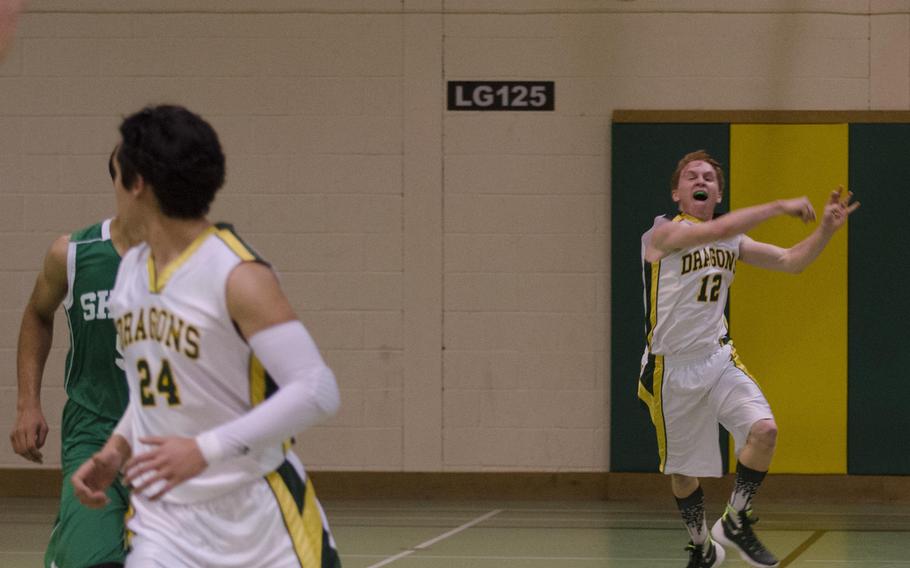 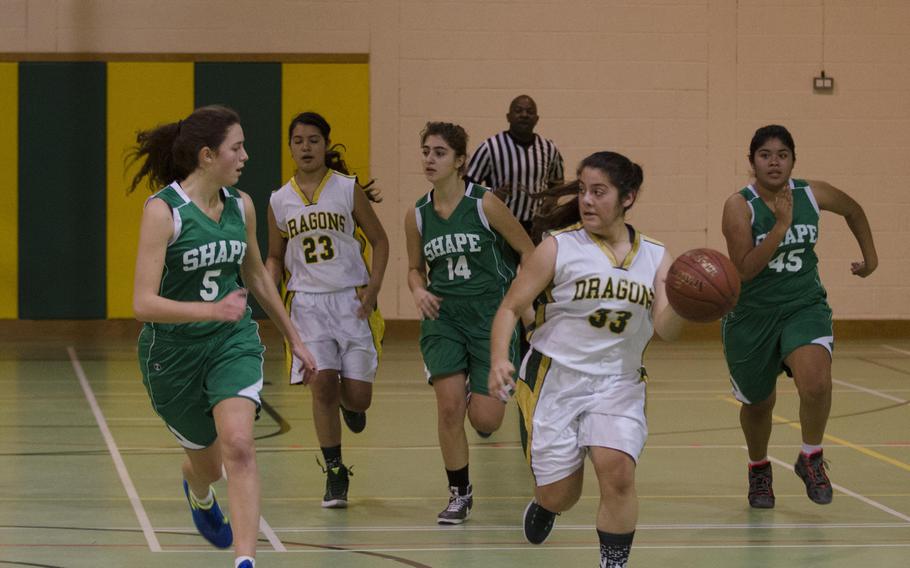 Alconbury's Roni Teti moves down the court during a home game against SHAPE on Friday, Dec. 4, 2015. SHAPE won the game 42-23. (Adam L. Mathis/Stars and Stripes)

The SHAPE boys capitalized on poor ball control by Alconbury to win 58-29. The Spartans offense was spearhead by Austin Stephens with 17 points, Ormonte Anderson with 12 and William Henry III with 10. Coach John Leipheimer described the boys as running “the offense correctly” and having “a good first game.”

However, SHAPE did have some trouble passing the ball. Leipheimer said the team needs to improve upon finding the right person to pass to. “That’s what we’re trying to do is trying to get better and be able to compete and do well at Europeans,” Leipheimer said.

Alconbury’s Fritz Sherenco and Anthony Stewart led the Dragons’ offense with 11 and nine points respectively, but their efforts were hampered by more than 20 turnovers.

Coach Jose Nunez said that number of turnovers is “not going to do it” at the varsity level.

“We need to take care of the ball and just do a better job of executing the offense,” Nunez said.

The Spartan girls won 42-23 with a mix of both aggression and passivity. Patrice Powdar, assistant coach, said the girls waited “for a rebound to happen to them” instead of seeking out the ball. However, this was balanced by what Powdar called an aggressiveness in taking shots.

Despite the victory, Powdar is not certain how the rest of the season will play out for SHAPE. Powdar said most of the team is made up of girls who are new to the team or new to the sport.

“They’re definitely going to be competitive and I believe that they will have a good season, a much better season than last year, but you know we’ve got to work out some kinks,” Powdar said.