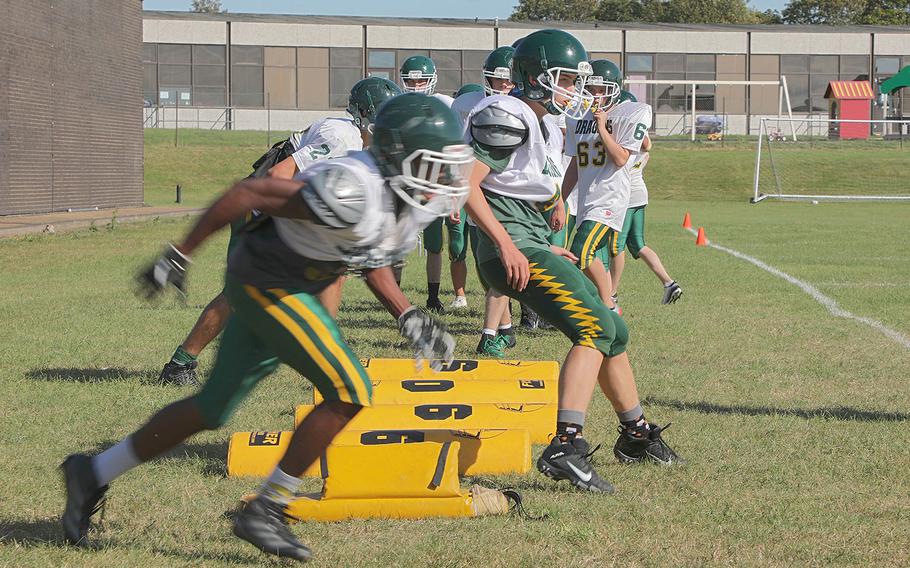 Schools with low student populations continue to find refuge in the more feasible six-man football played in Division III. That division has grown from the five schools that played in the league’s debut 2018 season to seven this year, adding former Division II dynasty Spangdahlem and an Alconbury program relaunched after years of inactivity.

But that growth has come at the expense of Division II, which shrinks from last year’s roster of seven teams to five thanks to Spangdahlem’s shift to the lower division and the completion of International School of Brussels’ withdrawal from DODEA-Europe athletics.

With the logistics out of the way, this weekend’s slate of season-opening games begins the process of extracting champions from each division’s new lineup. With each division’s defending champion facing major roster upheaval, that process should be a fascinating one.

Division IIDODEA-Europe’s middle football division remains centered around Italy, which contributes Aviano, Naples and Vicenza to the five-school field. Spain-based Rota and Belgium-based SHAPE round out the division.

After years occupying the Division II basement, the Aviano Saints have shot to the top of the standings over the past two years, culminating in a long-awaited European championship last fall. But the Saints face real challenges this season - including a small 24-player roster and a core of just five returning starters - that they’ll have to overcome in order to have a shot at repeating.

Their intracountry rivals, the Naples Wildcats and Vicenza Cougars, are eager to pounce on any signs of Saint vulnerability. Naples handed Aviano its only regular-season loss in 2018 before faltering against the Saints in the playoffs. Vicenza has 11 returning players and runs a dangerous wildcat offense capable of hanging big numbers on its side of the scoreboard.

The Spartans find their strength through diversity, drawing distinct talents from the various backgrounds that comprise the unique school’s population. That approach has produced results in the past, notably a Spartan appearance in the 2013 European championship game.

That legacy now transfers to the six-man game. The first matchup in the restarted feud arrives Sept. 21 at Spangdahlem.

Ansbach ran away with the inaugural championship in the six-man league’s 2018 debut, but the Cougars must replace a lot of talent lost from that roster. Spangdahlem, the 2017 Division II champion, scraped its way to a 2-4 Division II record last fall before finally succumbing to shrinking student numbers and dropping to Division III.

While those two storied programs should figure heavily into the Division III playoff picture, a November title-game matchup between the two is far from assured. The AFNORTH Lions finished a strong runner-up in the division last year and return the majority of their starting six for another run at the title.

Elsewhere in the division, Alconbury is a wild card fielding its first football team since a 2015 Division II playoff appearance; Baumholder enjoyed a full preseason of six-man preparation after joining the league last-minute a year ago; Brussels welcomes a promising crop of underclassmen; and Hohenfels looks to build on a third-place 2018 showing.