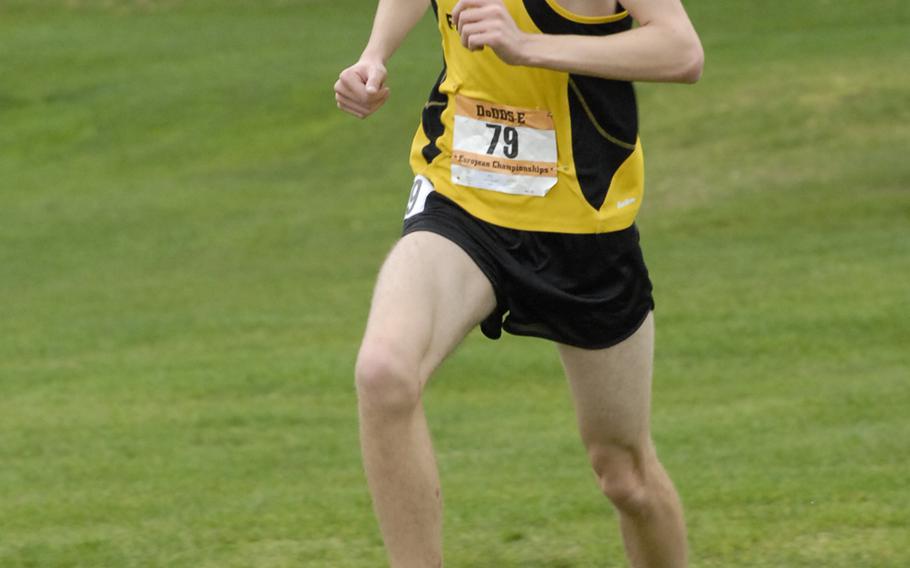 Patch junior Mitchell Bailey won his first individual DODDS-Europe cross-country championship at Baumholder, Germany last season and will be back to try to defend his title at Baumholder on Saturday (Jennifer H. Svan/Stars and Stripes)

Patch junior Mitchell Bailey won his first individual DODDS-Europe cross-country championship at Baumholder, Germany last season and will be back to try to defend his title at Baumholder on Saturday (Jennifer H. Svan/Stars and Stripes) 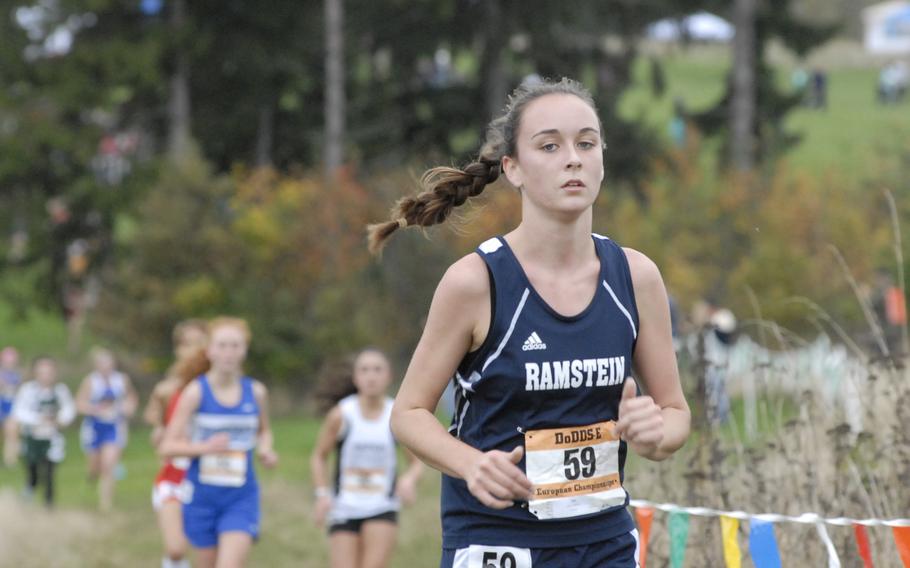 Ramstein's Madison Morse was second at the DODDS-Europe cross-country championships at Baumholder's Rolling Hills Golf Course last year. She will be competing for the title again on Saturday when the championships return to Baumholder. (Jennifer H. Svan/Stars and Stripes)

That’s all that separated the top two contenders for the 2014 DODDS-Europe boys cross country championship just three weeks ago. On Oct. 4, defending European champion Mitchell Bailey of Patch posted a time of 16:56. On that same date, Wiesbaden’s Ryan Parker turned in a time of 16:58.

There is, however, a caveat. The two weren’t racing on the same course. Bailey won his race at

Hohenfels, while Parker won his at Ramstein. Though their times were tantalizingly close, a comparison just didn’t make sense.

A week later should have brought the payoff. Parker’s Warriors were due to host Bailey’s Panthers in an Oct. 11 meet, a projected preview of the European championship race to follow two weeks later. But fate intervened again; Parker missed the race due to the SAT. Bailey trotted to a runaway win in Parker’s absence.

“I would’ve liked to race against Ryan,” Bailey said.

On Saturday, he’ll get that chance.

Bailey and Parker rank as the two clearest candidates to win Saturday’s European championship race at Baumholder, Germany. Bailey is the defending champion with the best time in the DODDS-Europe regular season; Parker is the 2013 fourth-place finisher with DODDS-Europe’s second-best 2014 time by the above-mentioned two-second margin.

But theirs won’t be the only capable toes on the starting line. Ramstein has a trio of contenders in John Casey, Harrison Adams and Aaron Schlosser, and Naples’ steadily-improving Raekwon Sallywhite ranks as a potential threat.

The girls race has a clearer frontrunner in Patch’s Julia Lockridge. The current torchbearer for the Panthers’ ongoing parade of championships won every race in which she competed this season, including a definitive 46-second win in last weekend’s final regular-season meet at Stuttgart.