New players will have to come up big for Vicenza 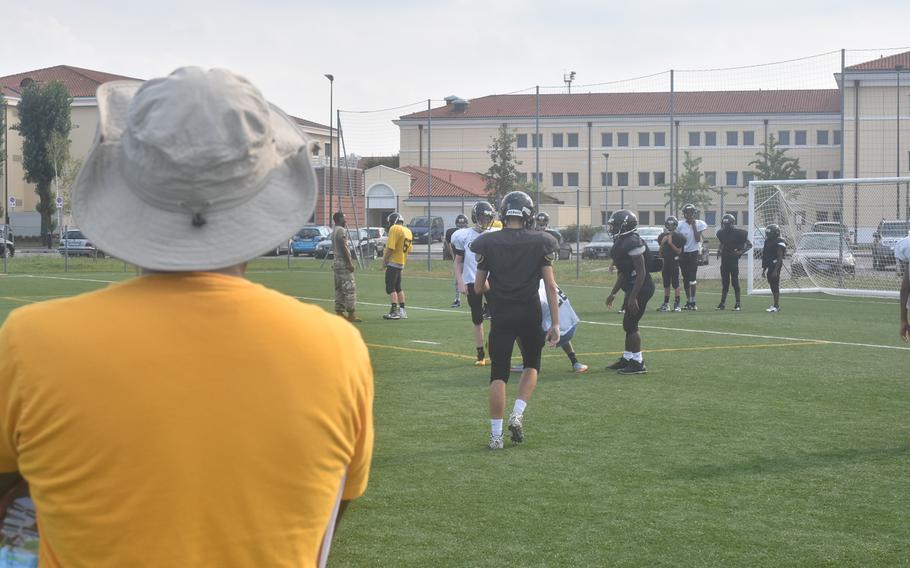 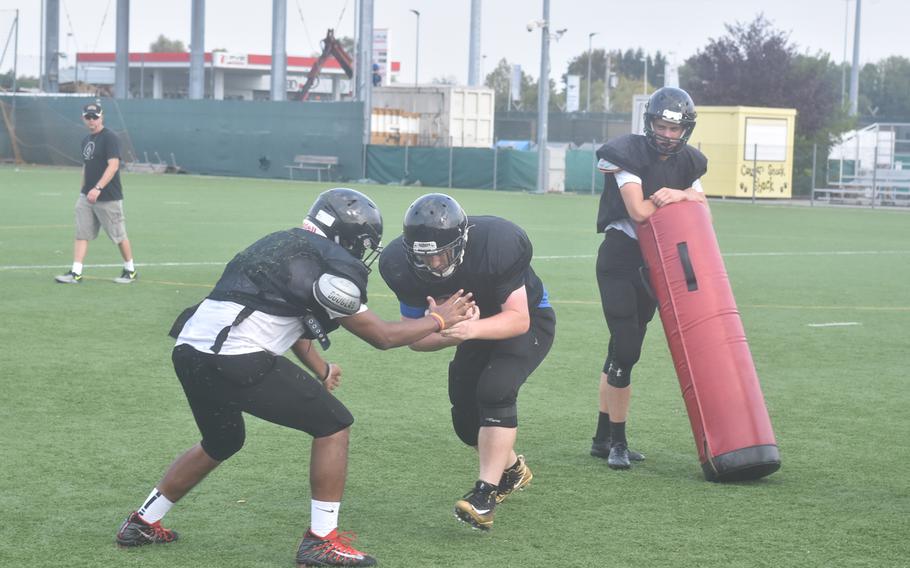 Senior Mason Suarez, left, and junior Brian Palmer are expected to play on both sides of the ball for the Vicenza Cougars. (Kent Harris/Stars and Stripes) 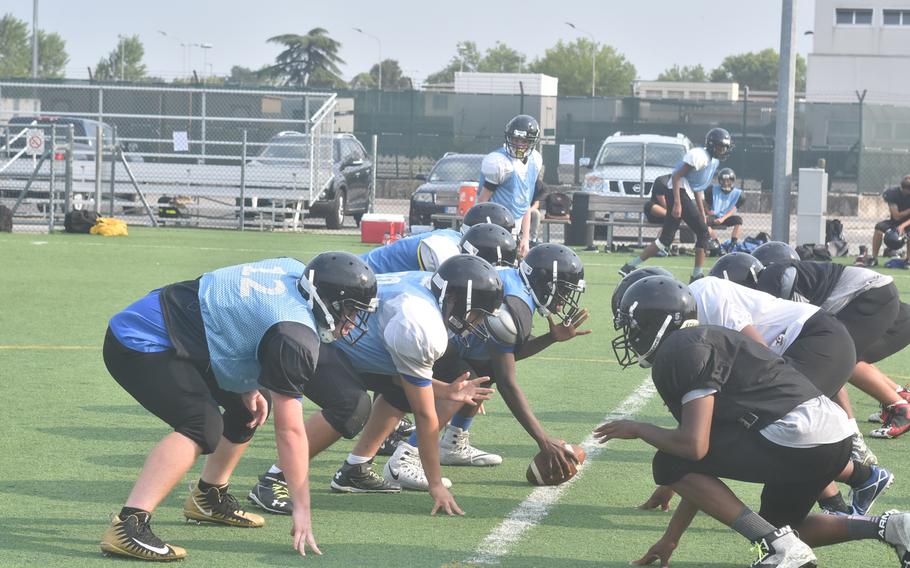 The Vicenza Cougars line up on both sides of the ball during a recent practice on Caserma Ederle in Italy. (Kent Harris/Stars and Stripes)

Sixteenth in a series of DODEA-Europe high school football previews. VICENZA, Italy – The programs handed out to fans before games at Caserma Ederle might be more important than ever this year.

Cougars coach Jessie Woods said he only has six players who saw the field last year returning to this year’s squad. So it might take a while for fans to learn all the new names.

But helpfully – or not so helpfully, at least in terms of depth – there won’t be as many new faces as there could be. He was planning to start cutting players if more than 30 showed up for practices. But right now, the roster stands at 29.

“A lot of guys are going to play two ways,” Woods said during a recent practice. Avoiding injuries will be key.

“That would really change the dynamic of what we’re trying to do,” he said.

A good part of the game plan right now is handing off the ball to a pair of bruising running backs – senior returner Mason Suarez and junior Brian Palmer, a transfer from Yokota, Japan. Woods said he also hopes that junior Chris Lewis will become more of a receiving threat this season.

Woods said his team has lost a lot of experience from a year ago, but does see a few pluses.

“Maybe we have a little more speed than last year,” he said.

The Cougars finished the regular season at 3-2 in the South division a season ago before getting routed by Bitburg in the quarterfinals. On paper, the North division has stronger teams again this season.

“I think we can hold our own in the South,” Woods said. “If we can get to the playoffs, then we’ll just see.”

The Cougars open the season Saturday after a long trip to Belgium to take on SHAPE.