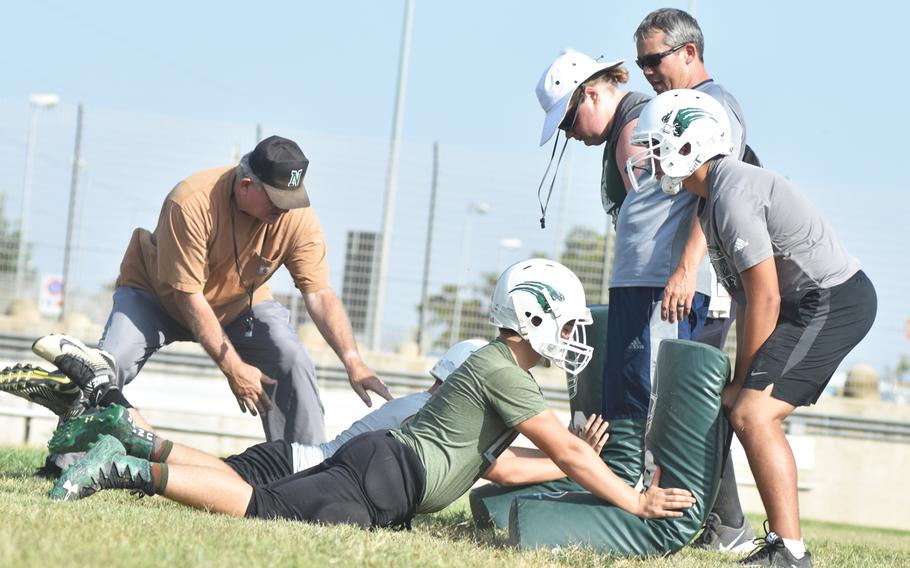 Naples oaches guide players through an exercise to improve flexibility and lunging technique Thursday Aug. 31, 2017 at the hgih school. (Scott Wyland/Stars and Stripes)

Naples oaches guide players through an exercise to improve flexibility and lunging technique Thursday Aug. 31, 2017 at the hgih school. (Scott Wyland/Stars and Stripes) 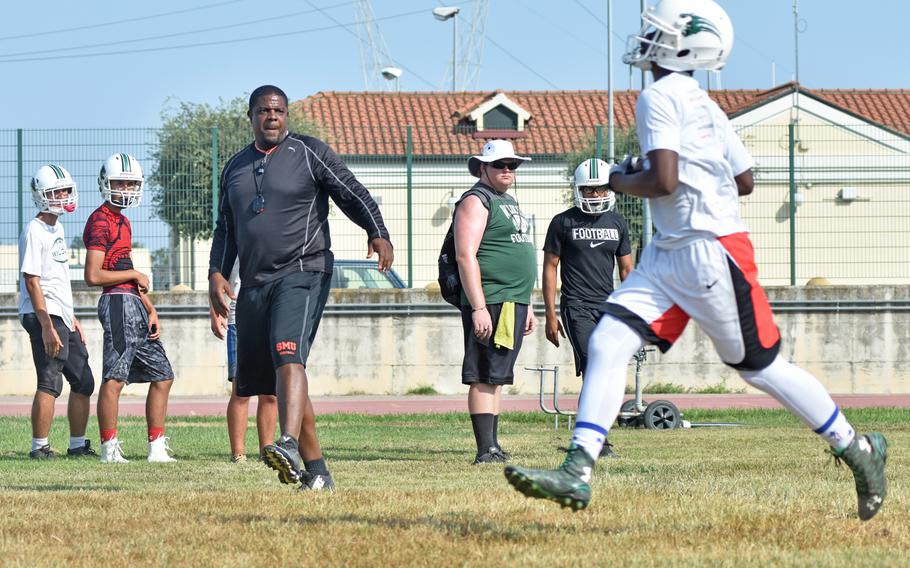 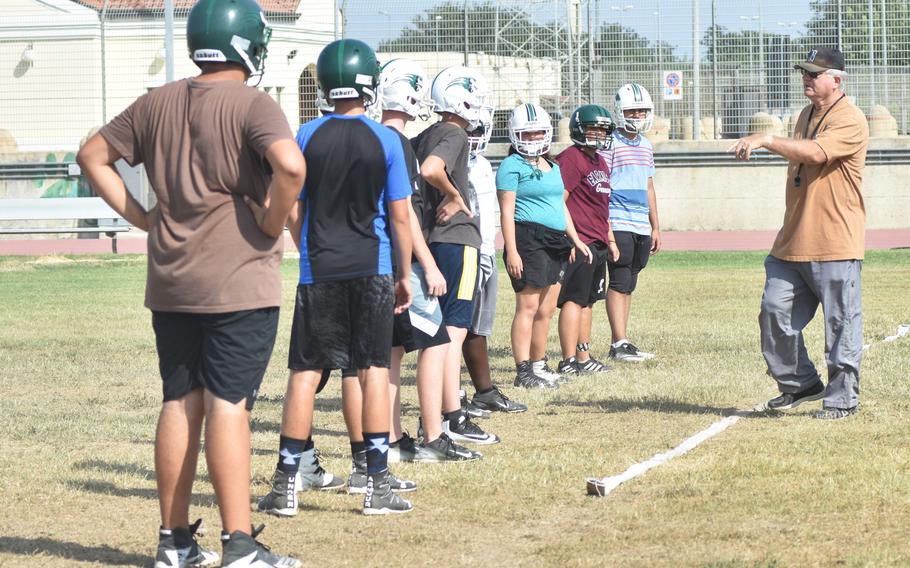 Naples offensive line coach Ken Williams talks to players at practice Thursday Aug. 31, 2017 at the high school. The Wildcats are rebuilding after losing most of last year's seasoned seniors. (Scott Wyland/Stars and Stripes) 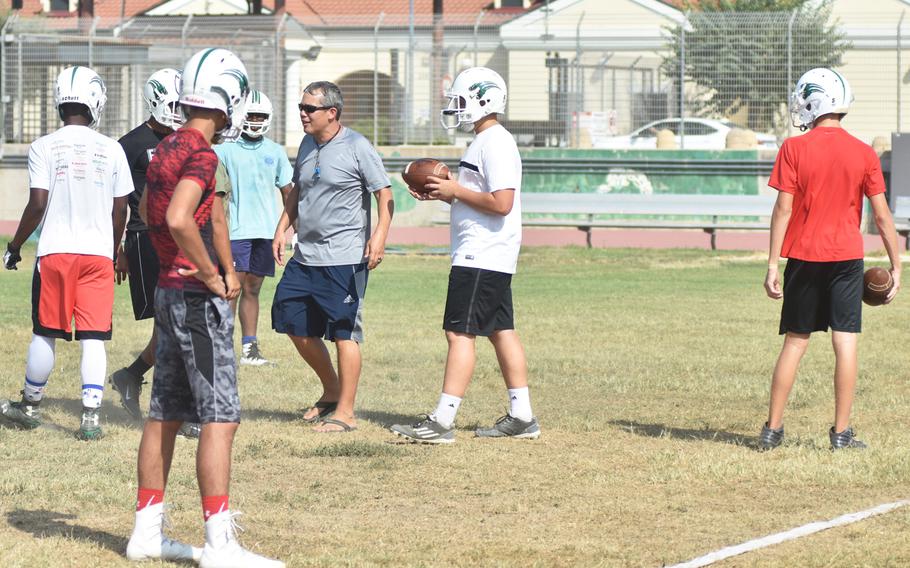 Naples coach Jim Davis instructs players on an offensive drill during practice on Thursday Aug. 31, 2017 at the high school. The Wildcats' first game of the season will be against the Admirals on Sept. 9 in Rota, Spain. (Scott Wyland/Stars and Stripes)

Seventh in a series of DODEA-Europe high school football previews.

They are a young team rebuilding after losing many seniors, and their first game on Sept. 9 is against the Rota Admirals, last year’s DODEA-Europe Division II champions.

Coach Jim Davis said he expects a tough matchup from the defending champions and their savvy coach Ken Walter.

“I’ve coached against him in Korea,” Davis said. “We’re friends. He knows how to maximize what he has.”

Davis also coached against Walter in last year’s Division II semifinal in which Rota won 38-20 after Naples gave up an early lead. Davis blames the Wildcats’ late-game faltering mostly on the team traveling 42 hours by land and sea to Rota, Spain, due to no flights available during a Catholic holiday.

Davis said he is less concerned with the opening game against an out-of-conference opponent than improving the team throughout the season and beating conference rivals. There is much work to do to make the team a playoff contender, he added.

“Weakness is probably depth, mainly quality of depth,” Davis said of this year’s Wildcats. “The strength would be the returners.”

Those include center Nick Clarita, a junior; running back and linebacker Jackson Blivin; and running back Dylan Gire, a senior.

“This stage of the game last year we were competitive,” Reynolds said. “We’re waiting for leaders to appear. But attitudes are good, and they’re learning quickly.”