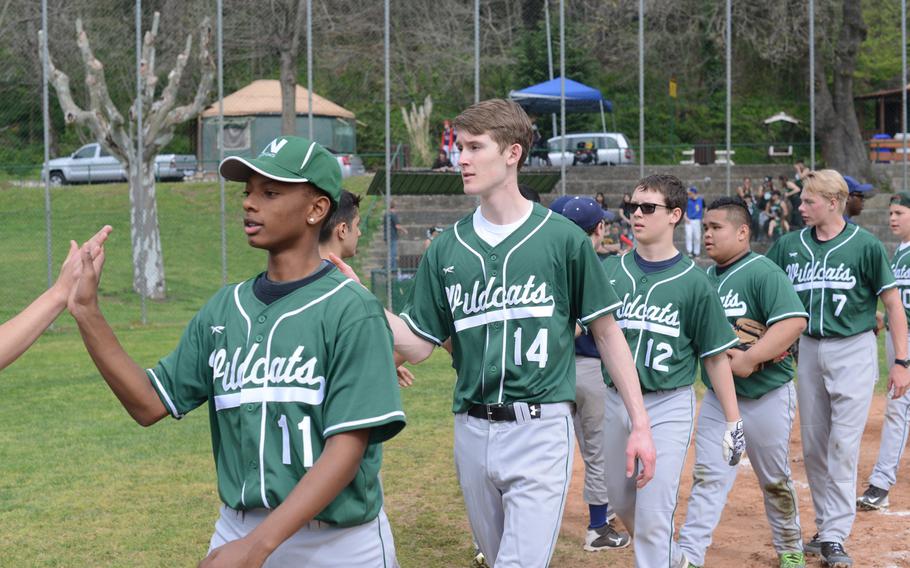 The Naples Wildcats baseball team files past the Aviano Saints after their 14-3 win during opening day of play in the 2016 DODEA-Europe season in Naples on Friday, April 1, 2016. (Steven Beardsley/Stars and Stripes)

The Naples Wildcats baseball team files past the Aviano Saints after their 14-3 win during opening day of play in the 2016 DODEA-Europe season in Naples on Friday, April 1, 2016. (Steven Beardsley/Stars and Stripes) 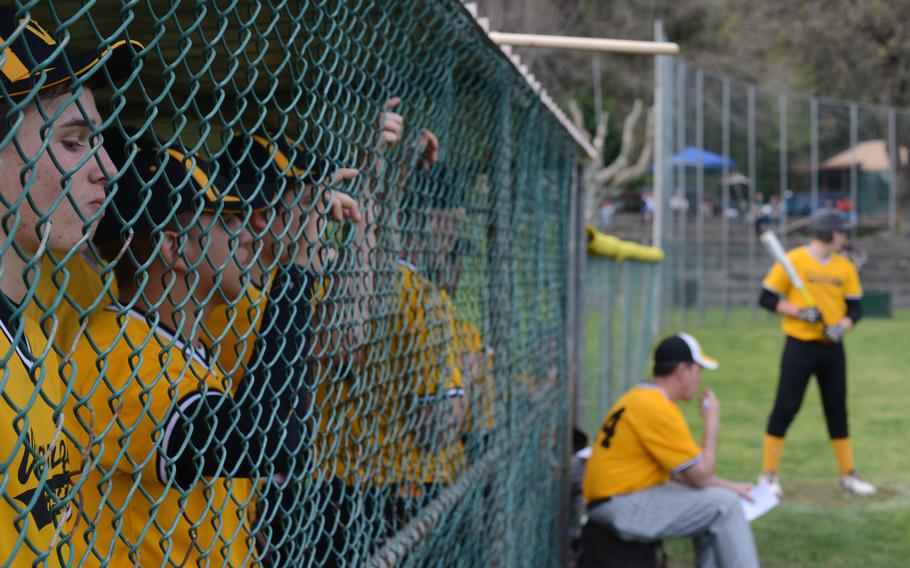 Members of the Vicenza Cougars baseball team watch play during their game against the Naples Wildcats on opening day of the 2016 DODEA-Europe season in Naples on Friday, April 1, 2016. (Steven Beardsley/Stars and Stripes) 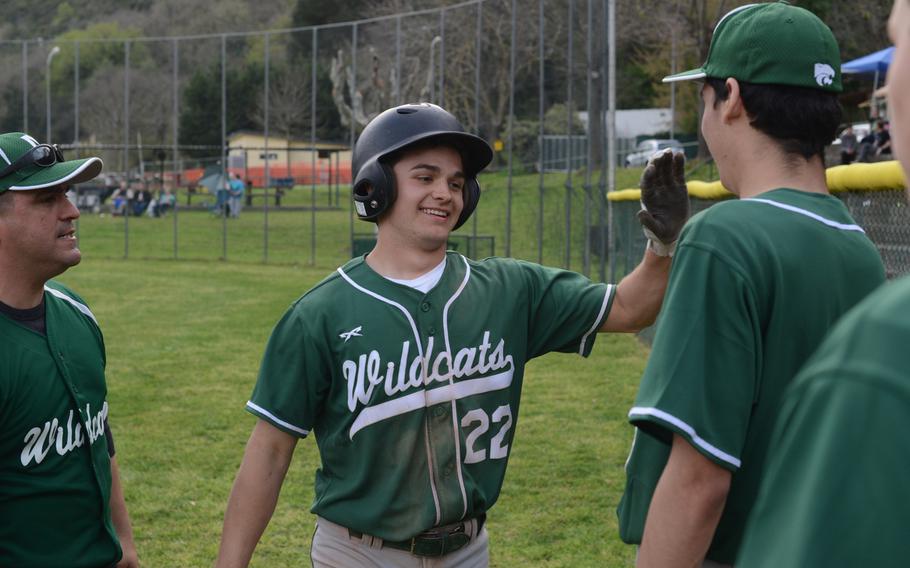 Naples senior Robert Dromerhauser is greeted after his three-run home run put the Wildcats up in their Friday, April 1, 2016, game against the Vicenza Cougars in Naples. The Wildcats would go on to win, 6-3, their second win of opening-day play. (Steven Beardsley/Stars and Stripes)

NAPLES—The host team won twice and Division-II Aviano recorded its first win in 19 games on Friday, the season’s opening day and the first half of a weekend of play between Italy’s four DODEA-Europe baseball teams.

Naples topped Vicenza, 6-3, in the only matchup of Division I teams. Senior Robert Dromerhauser atoned for a rough inning of pitching with a three-run home run to put the Wildcats in front.

“They capitalized on what little space (Vicenza) gave us,” she said. Naples beat Aviano, 14-3, in the first game.

Vicenza played tough against Naples and blanked Sigonella, 5-0, earlier in the day, aided by the pitching and bat of Louis Veazey, as well as some capable fielding.

Sigonella looked solid early against Vicenza but left too many baserunners stranded. The Jaguars’ pitching faltered in the second game, when Aviano built a 10-run lead in two innings.

The Saints looked shaky in their first game, committing error after error against Naples and allowing the Wildcats to run at will. They settled down by the second game.

Head coach Frank Lewandowski credited the 10-4 win to new assistant Eric Parker, who does most of the day-to-day coaching, he said.

Freshman Jason English stood out Friday, belting a home run against Naples and a double against Sigonella.

“The team is much better coached than it’s ever been,” Lewandowski said.