Naples runs past Rota into semifinals 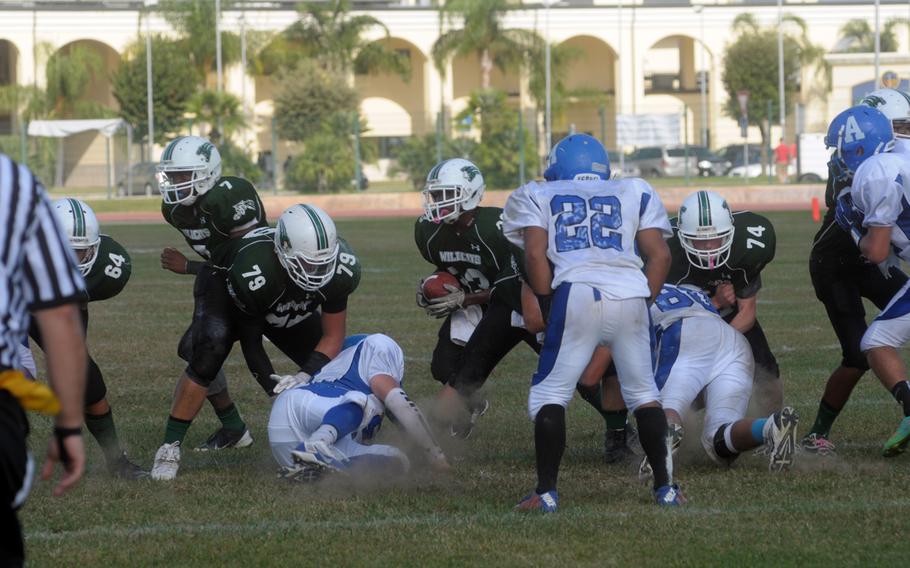 Naples freshman running back Chris Greene takes a direct snap during the Division II quarterfinal game against Rota on Sat., Oct. 18. The Wildcats won, 34-18, on the legs of Greene and sophomore quarterback Ty'Rick Riggins. (Steven Beardsley/Stars and Stripes)

Naples freshman running back Chris Greene takes a direct snap during the Division II quarterfinal game against Rota on Sat., Oct. 18. The Wildcats won, 34-18, on the legs of Greene and sophomore quarterback Ty'Rick Riggins. (Steven Beardsley/Stars and Stripes) 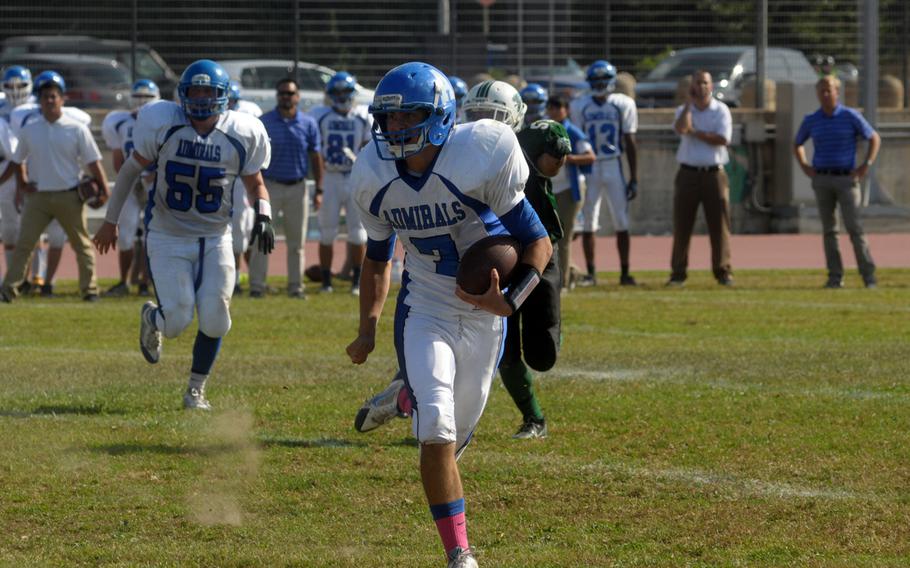 Rota senior quarterback Esteven Gallardo runs against Naples during the Division II quarterfinal game against Naples. Despite losing losing 34-18, the Admirals exhibited a balanced pass-run offense thanks to the efforts of Gallardo and two senior running backs. (Steven Beardsley/Stars and Stripes) 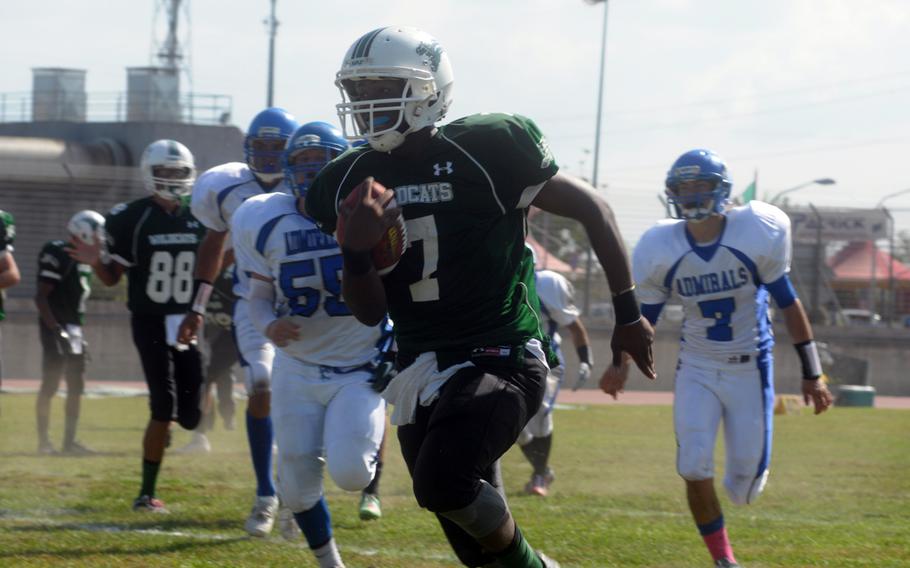 The No. 3 seed Wildcats advanced to the DODDS European Division II semifinals on the galloping runs of its sophomore quarterback Ty'Rick Riggins, pushing past a persistent Rota team to win 34-18.

Riggins proved a threat up the middle and on the outside, rushing for 207 yards and four touchdowns. Freshman running back Chris Greene continued his strong season with 150 yards and another score as well as a key grab in the third quarter to help Naples break away.

The Wildcats travel to Hohenfels next weekend to play the defending champions for the right to play in this year's championship game.

Naples and Rota arrived with matching 3-2 records. The Wildcats ended 2013 with a surprising quarterfinal berth after losing most of their starters from the previous year.

Rota has impressed in its second season in Division II, and has reason to be optimistic in the coming years. The small base is growing steadily with the arrival of four guided-missile destroyers for permanent stationing, expanding the student population considerably.

The defense began penetrating the Naples line in the second quarter, and the Admirals went into the second half with a slight edge in momentum, despite being down 14-12.

Several series in the third quarter undid Rota, however. One was the grab by Greene, who pulled in a high, awkward pass from Riggins on third down to continue to the Naples drive.

Rota would have one more chance to stay in the game, deep in Naples territory in the fourth quarter. Gallardo's fourth down pass was instead tipped into the hands of a Wildcats defender. Riggins and Greene ran out the clock, with Riggins scoring once more to seal the deal.

"If it wasn't for him, we'd be sitting on a closer game," Naples coach Steve Altstiel said of his quarterback. "He played his heart out."