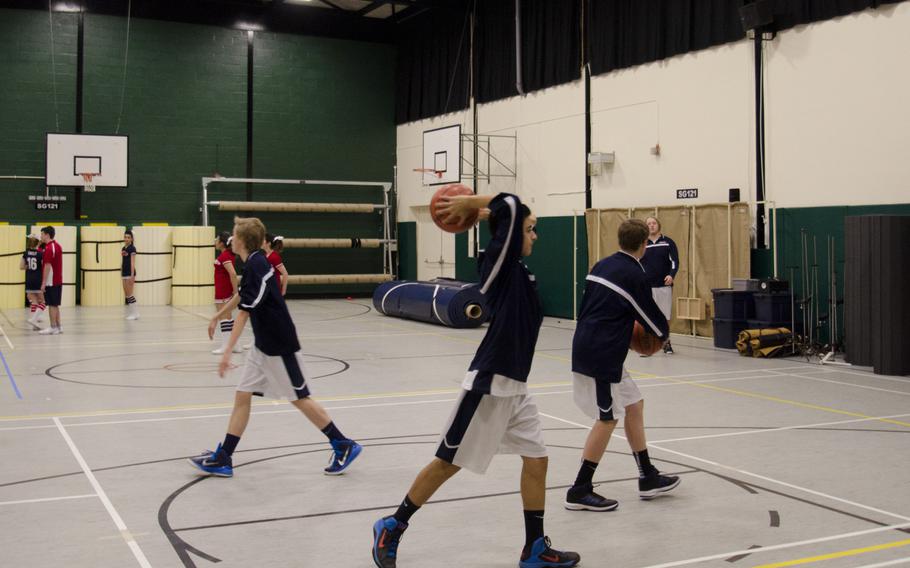 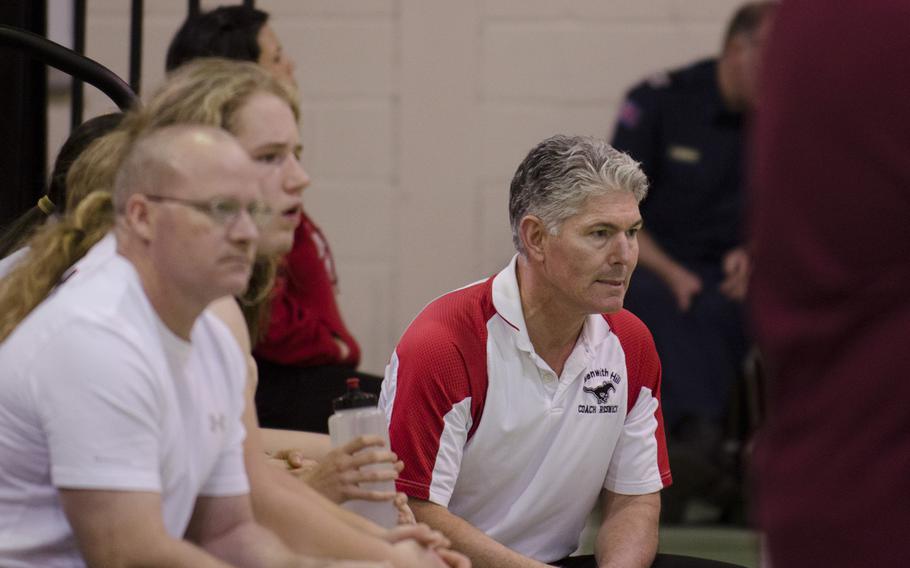 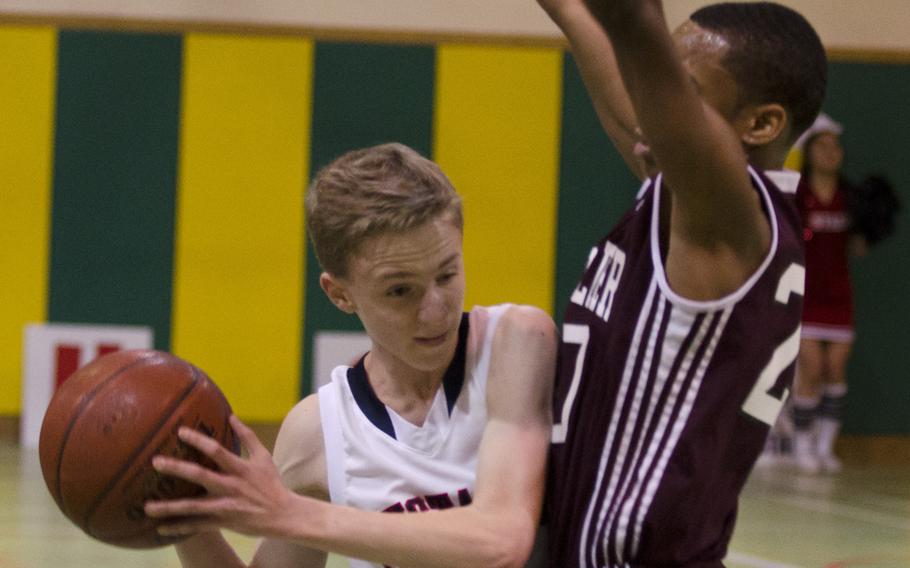 Menwith Hill's Brayden Nungester tries to get around Baumholder's Jaylen Martin during a game at RAF Alconbury, England, on Friday, Jan. 23, 2015. Nungester scored four points and Martin five during the game. (Adam L. Mathis/Stars and Stripes)

RAF ALCONBURY, England – Much of Menwith Hill’s last boys basketball team is oddly not that interested in basketball.

This might seem strange to anyone who watched their third game of the season against Baumholder at Alconbury on Friday. While the Mustangs lost, 41-19, the 22-point gap does not reflect the obvious effort the team poured into defense, rebounding and trying to make shots.

This puts their head coach, Pete Resnick, in an odd position. Resnick is passionate about the sport, having coached it for the school numerous times over the past 17 years. But this year’s team, he said, would all describe themselves as primarily interested in sports other than basketball.

“The entire team has an other sport that they would call their number one sport,” Resnick said.

Resnick could not afford to be picky about the zeal of his team. Menwith Hill’s school is closing at the end of the academic year and attendance reflects that. The latest enrollment figures show only 50 students in grades nine through 12, one of the smallest varsity populations in DODDS Europe.

With that small of a population, students need to help each other out to have the numbers to form sports teams. Jonathon Brugman, the team captain for Menwith Hill, plays basketball to help out others since others have helped him play his preferred sport of football.

Resnick said he and his team find points of commonality in sportsmanship.

“The kids are competitive, they aspire to improve, they like sport, they like team sports, and so there’s a lot of things where we do find common ground,” Resnick said.

Resnick said there was even talk of not having a team for fear of being embarrassed on the court.

“And that would have been even sadder I think because I like it that they chose to give it their best effort,” Resnick said.

But while Resnick may take an upbeat tone about his team’s chances, not everyone is so optimistic. Brugman said expecting to win may not be realistic.

Menwith Hill wasn’t close to winning on the court Friday in its loss to Baumholder.

The girls’ game came down to the wire with the Dragons edging out Baumholder 22-20. While the Buccaneers were led by Elzyah Tellman with 16 points, it was not enough to overcome the Dragons’ defense.

The Dragon boys had only a slightly easier time in claiming victory. They won 48-40 led by Joey Behr with 18 points.