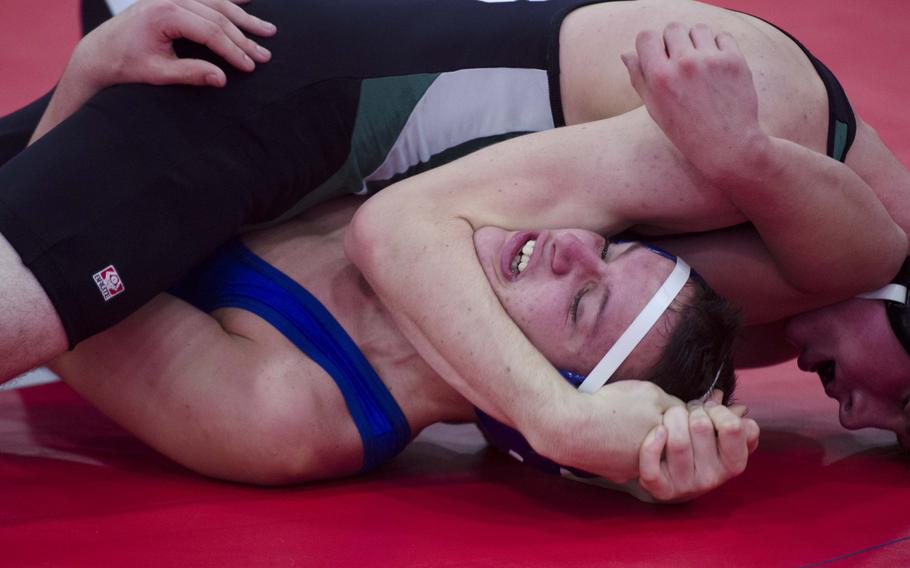 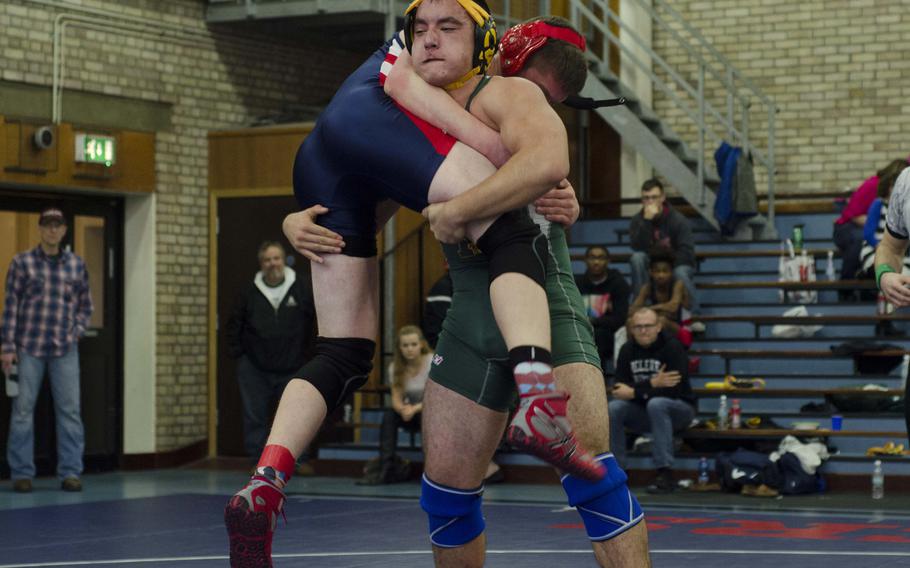 Alconbury's Nicholas Dufresne prepares to slam Lakenheath's Joseph Krussick during an exhibition bout Saturday at RAF Lakenheath, England. The meet pitted five schools against each other, but a low number of wrestlers led to officials pitting students in different weight classes against each other for practice. (Adam L. Mathis/Stars and Stripes) 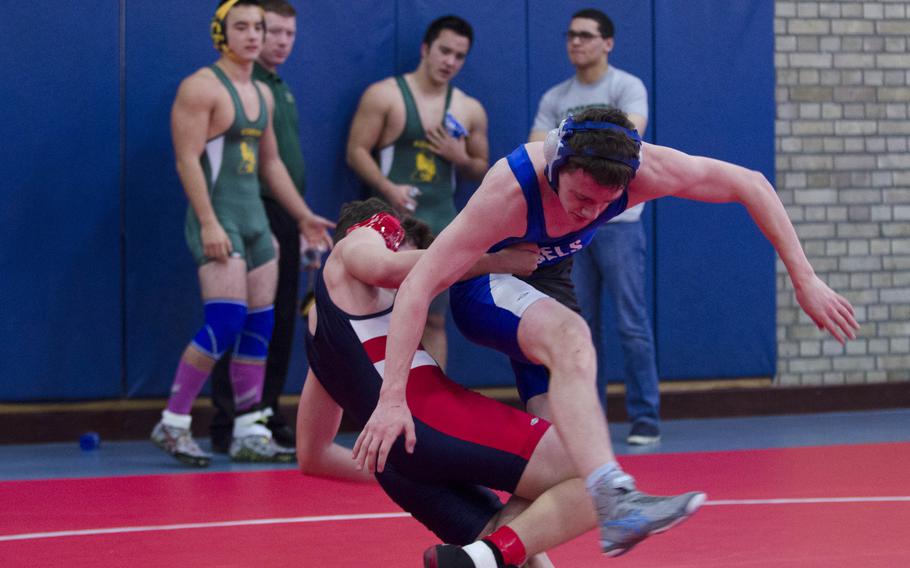 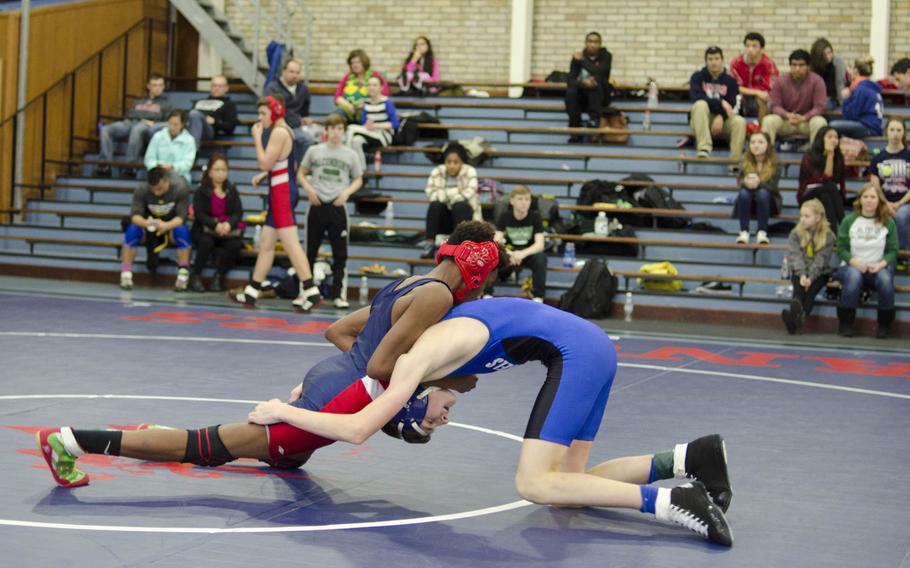 The Lancer boys took first in eight weight classes for the highest team score with 142 points. Alconbury followed with 86, Brussels with 41, AFNORTH with 20 and Rota with 17.

Despite its performance, Lakenheath coach George Rodriguez wants more out of his team. He described the meet as “OK” and said his program this year is a “growing” one with few returners from last year.

“We’ll get there by the end,” Rodriguez said.

Only 34 wrestlers came to the meet, leading officials to hold a number of exhibition matches — often featuring wrestlers from different weight classes — to give them more time on the mat. Officials with the schools cited various reasons, including injury, other commitments and even finances for the low turnout.

Rota coach Judy Scarbrough said injuries and the absence of official travel funds limited her team to two at the meet. She said the prospect of paying for travel to England deterred new wrestlers.

More competition would have been welcomed by wrestlers such as the Brigands’ Canyon LaClair. LaClair, who took first in the 145-pound class, said it is hard to prepare for Europeans when he has only wrestled against two other people in his weight class this year.

“I’m always hoping for someone to beat me I hope someone will beat me, because then I have someone to strive for … it’s like that person is my goal, I want to be able to beat them,” LaClair said.

The lack of competition, however, does not bother Lakenheath’s Brandon Lovett. Lovett took first place in the 120-pound class against one other opponent, the Dragons’ Zavier Benoit, and said despite a paucity of other wrestlers in his class this year, he hopes to be a European finalist this season.