Lancers take 3 of 4 from ISB to open season 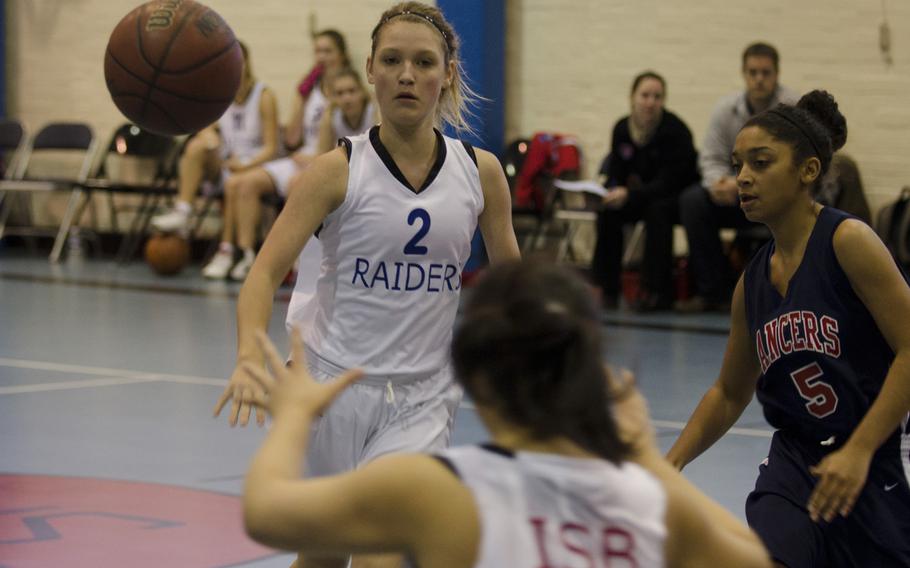 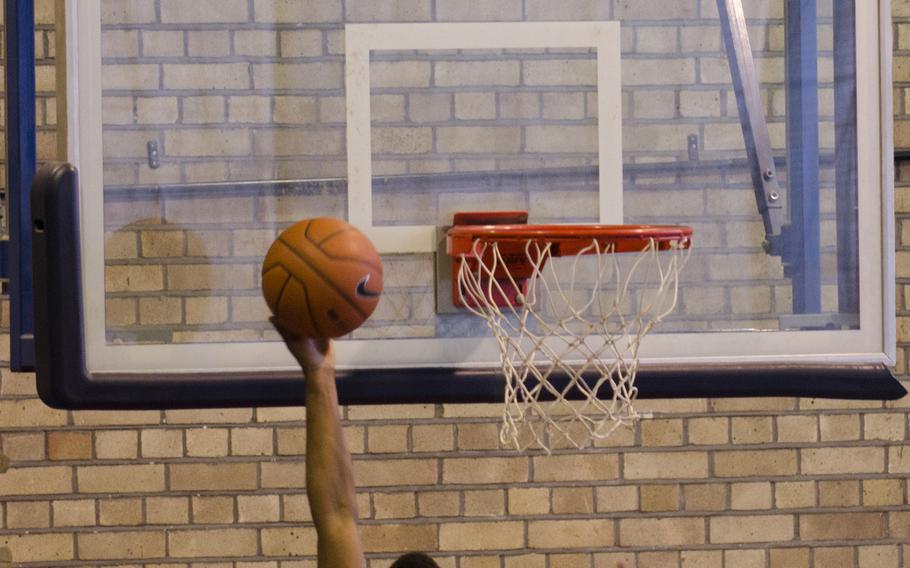 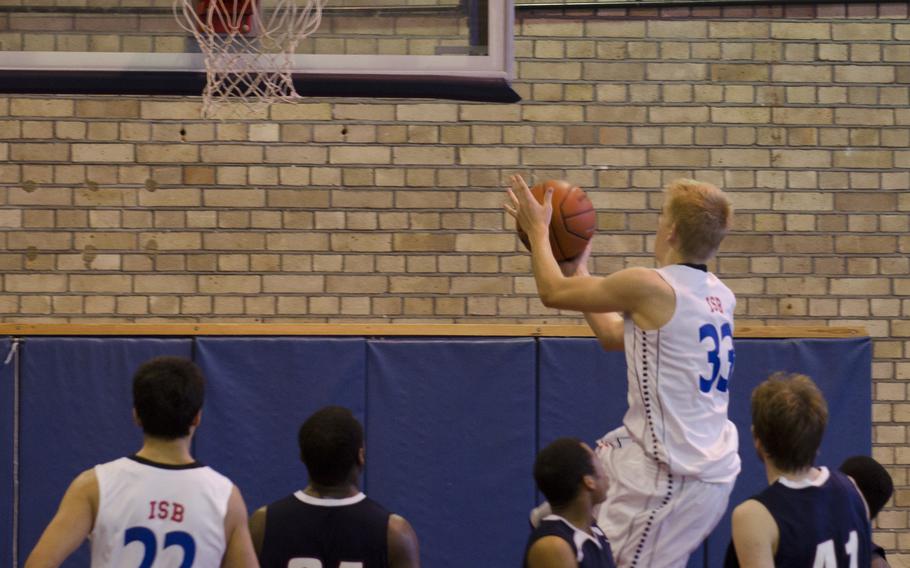 Buy Photo
ISB's Fabian Ramen goes for a lay up against Lakenheath during a game on Saturday at RAF Lakenheath. (Adam L. Mathis/Stars and Stripes) 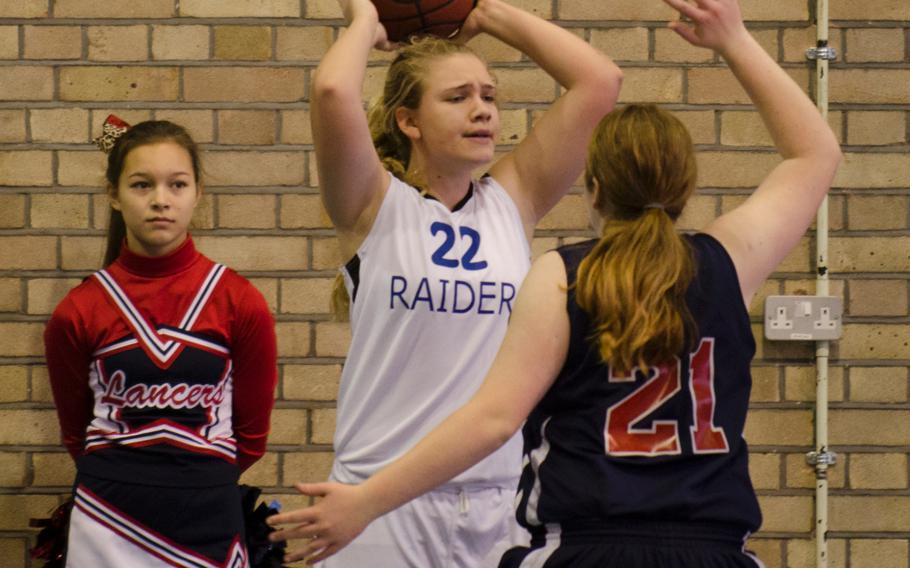 Buy Photo
ISB's Kelsey Donnelly looks to put the ball in play while guarded by Lancer Kailey Kellner during a game at RAF Lakenheath, England, on Saturday. (Adam L. Mathis/Stars and Stripes)

RAF LAKENHEATH, England – Saturday was a good day for Lakenheath basketball with two knock-out victories over the International School of Brussels.

The Lancer girls won by more than doubling their opponent from Belgium, 37-15. The boys won by a smaller, but still significant margin, 55-32.

The Lakenheath girls’ victory was basically in the bag from the beginning, when they jumped out to a 10-2 lead by the end of the first quarter, an advantage ISB was never able to surmount. It was only with about two minutes left in the game that ISB even broke into double digits.

“I think we only had two points at half, so a lot didn’t go right,” said Will Vreugdenhil, ISB girls coach. However, he said his team did show they were learning from their mistakes during the game and will become better as the season progresses.

“Because for us, we want to play our best basketball at the end of the season when it matters most,” Vreugdenhil said.

After ISB surprised Lakenheath 36-33 in the boys game Friday night, the Lancers looked like a different team Saturday.

The game started almost as a stalemate, with the first points going to Lakenheath about two minutes into the game and the second score for Lakenheath coming almost three minutes later. But ISB’s offense had trouble getting off the ground, and their defense buckled after holding the Lancers to a 7-0 advantage in the first quarter.

By the end of the second quarter, Lakenheath was up 25-7 and that gap was more than 20 points at the end of the third quarter. This runaway victory came largely from the points scored by two Lancers: CJ Jackson with 28 and AJ Ransom with 14.

Alan Campbell, Lakenheath boys coach, attributed the victory to momentum from the first quarter, which “set us up for the rest of the game; it was just a matter of maintaining, continuing to put pressure on them, taking opportunities on turnovers to finish, get the points.”

Lakenheath finished 11-3 last year in the regular season, but was eliminated in round-robin play at the European Division I tournament. Campbell has higher hopes for this season.

“This year, we got five seniors,” Campbell said. “They’re playing well together.”

It was a weekend sweep for Lakenheath's girls.

For the boys, John Kontos sealed an upset with late free throws as the Raiders knocked off the Lancers.

The visiting Raiders rushed out to a 12-4 lead through one quarter and fought off every Lancer advance en route to the season-opening victory.