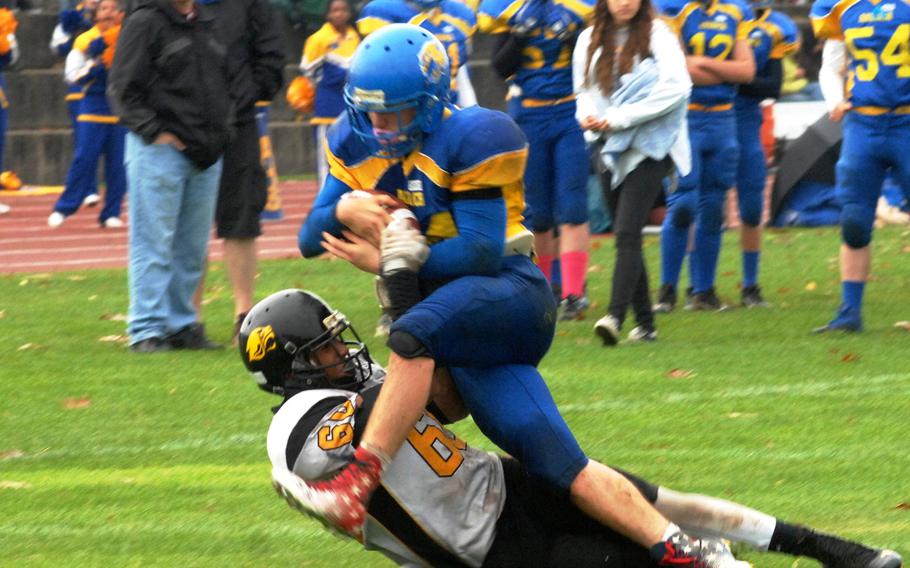 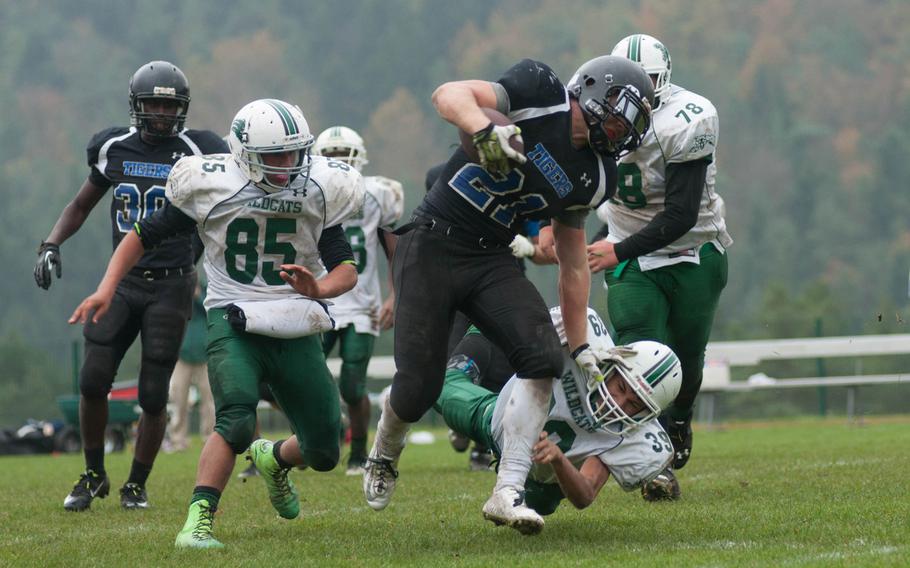 The Ansbach Cougars won all five of their regular-season games and both of their postseason games by multiple touchdowns. They’ve scored 321 points over those games, an average of more than 45 points per game. In the process, they’ve advanced to their first DODDS-Europe championship football game since 2011.

But in order to win it, they’ll need to do one more thing.

That’s a strange ultimatum for a team that’s dominated every game it’s played this season. But the opponent they’re facing Saturday in the 2014 DODDS-Europe Division II football championship game at Kaiserslautern High School is unlike any opponent they’ve seen this fall.

The Hohenfels Tigers are the reigning Division II European champions and the only other undefeated team in Division II.

Besides, dramatic wins have become a Hohenfels signature. It was true last year in two comeback wins, 38-28 over Bitburg in the semifinals and 38-35 over SHAPE for the title. The Tigers’ narrow margin for error this fall – they beat Bitburg and Vicenza by a combined 11 points over the last two weeks of the regular season – fits right into that theme.

“They are a persistent and determined group that will not quit,” Hohenfels coach Larry Daffin said of his team.

Saturday’s matchup is a fascinating collection of contradictions.

Ansbach is a former dynasty looking to restore its place among the DODDS-Europe football elite. But the players actually wearing the Cougar jerseys are young, with only one or two seniors on the field at any given time.

Hohenfels has no such reputation for excellence aside from the title it won last year, and it still carries the us-against-the-world vibe of a championship interloper. But the Tigers players are experienced, with upperclassmen at key positions.

Stranger still, the cities of Ansbach and Hohenfels are separated by just 75 miles, and DODDS-Europe schedules skew heavily towards local games. But the teams didn’t meet in the regular season. Ansbach joined fellow German schools Bitburg and Baumholder in the central region, while Hohenfels was shuttled to the southern region amongst Italian schools Naples, Vicenza and Aviano. They even dodged each other in their rare out-of-region games.

As such, Ansbach and Hohenfels rampaged through their concurrent schedules without ever crossing paths, gradually emerging as the two teams to beat. Two weeks of playoffs only confirmed it.

And on Saturday at 3 p.m., the payoff finally arrives.