Brown did it all for Kaiserslautern 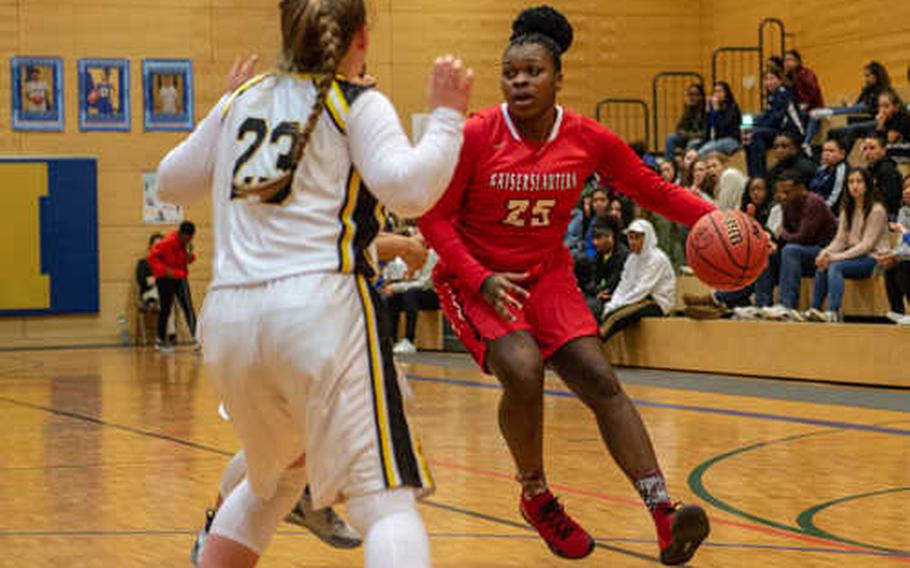 Few players in DODEA-Europe shoulder the kind of burden senior Le’Jhanique Brown did for the Kaiserslautern Raiders, and few players proved more capable of handling it. As a result, Brown is the 2018-19 Stars and Stripes girls basketball Athlete of the Year. The senior was an automatic double-double this season with averages of 16.6 points and 13.7 rebounds per game, and she was at her best against the fiercest competition, scoring 49 combined points over a pair of regular-season meetings with eventual champion Stuttgart. Throughout, Brown played with an infectious energy and intensity that pushed her team to a successful season capped by a third-place Division I finish. “As a role model, as a leader on the court, everybody feeds off your energy,” Brown said after a January victory. “If you’re going hard, everybody else around you is going to go hard.” Brown’s achievements place her among the elite in Kaiserslautern’s long and storied athletic history. “She was the best player I have individually coached, and was a joy to be around,” Kaiserslautern coach Aaron Scalise said.Finalists: Averi Chandler, Sigonella; Adan Maher, Stuttgart; Skye DaSilva Mathis, Stuttgart; Tori Morris, AFNORTH: Roxanne Sasse, Naples. broome.gregory@stripes.com Twitter: @broomestripes