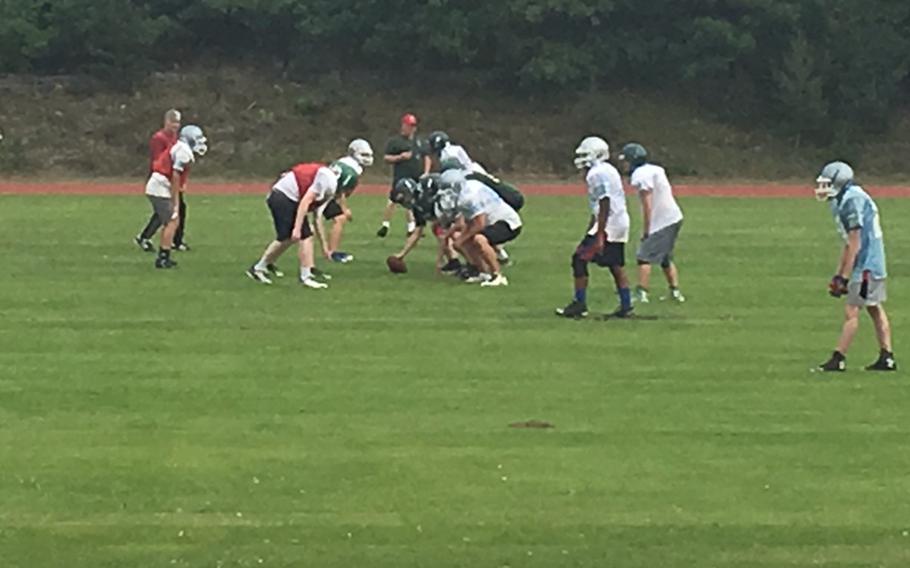 Members of the combined AFNORTH/Brussels football team practice while getting set for their first game of the season against Aviano. (Sandie Snider/Special to Stripes)

Members of the combined AFNORTH/Brussels football team practice while getting set for their first game of the season against Aviano. (Sandie Snider/Special to Stripes) 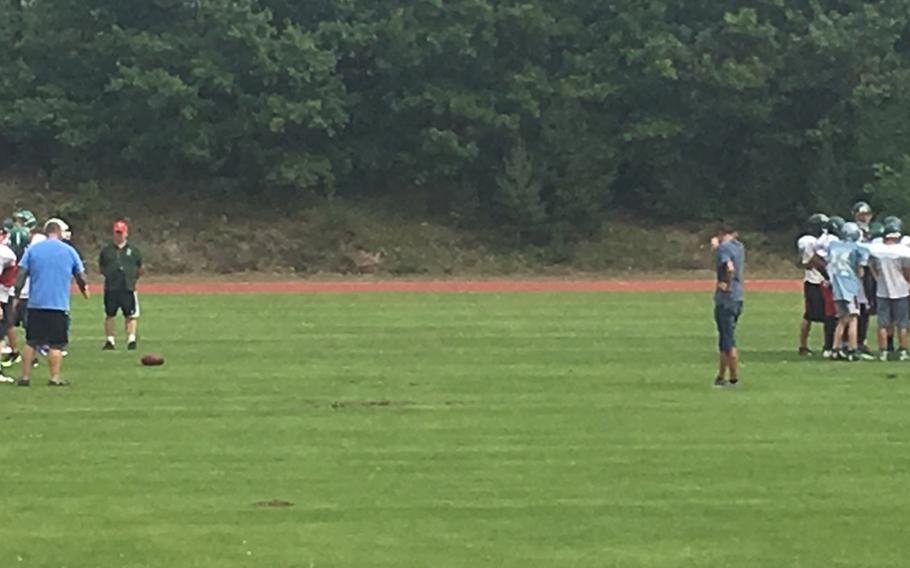 AFNORTH and Brussels are about 80 miles apart, but the two schools continue to form a single DODEA-Europe football team. (Sandie Snider/Special to Stripes)

Tenth in a series of DODEA-Europe high school football previews.

The impromptu 2015 merger between the football programs at AFNORTH and Brussels has proven mutually beneficial for both sides.

The resulting team - referred to colloquially as BruNorth - will enter its third season as a combined entity on Sept. 9. They’ll host Aviano, like AFNORTH/Brussels a non-playoff team a year ago, giving the home team a solid chance at adding to its win total.

To be sure, the AFNORTH/Brussels marriage hasn’t produced a lot of victories. The team has won just one game in each of its first two seasons, victimizing last-place Baumholder on both occasions.

But the project is a rousing success when considering the alternative. Neither school had the numbers to field a viable team in 2015; both programs would have folded at least for that season, and likely permanently. To illustrate that point, this year’s combined AFNORTH/Brussels roster numbers just 22.

Despite its unique situation, AFNORTH/Brussels enjoys a level of stability that compares favorably to many of its DODEA-Europe Division II adversaries.

That staff welcomes back eight returning players, including some valuable experience on the front line. Senior Isiah Darrisaw brings upperclassman leadership to the quarterback position, while sophomore running back Kalani Villa will be tasked with keeping the chains moving as a primary ball carrier.

And so BruNorth keeps plugging away, even as divisional contemporaries such as Sigonella, Alconbury, Menwith Hill and now Ansbach have been relegated to DODEA-Europe football history. With limited opportunities to practice together, AFNORTH/Brussels coaches are keeping things simple. Mobley said they’re focused on “teaching the game” this preseason.

“Have some fun, build character in young men and teach them how to handle adversity,” Mobley said.