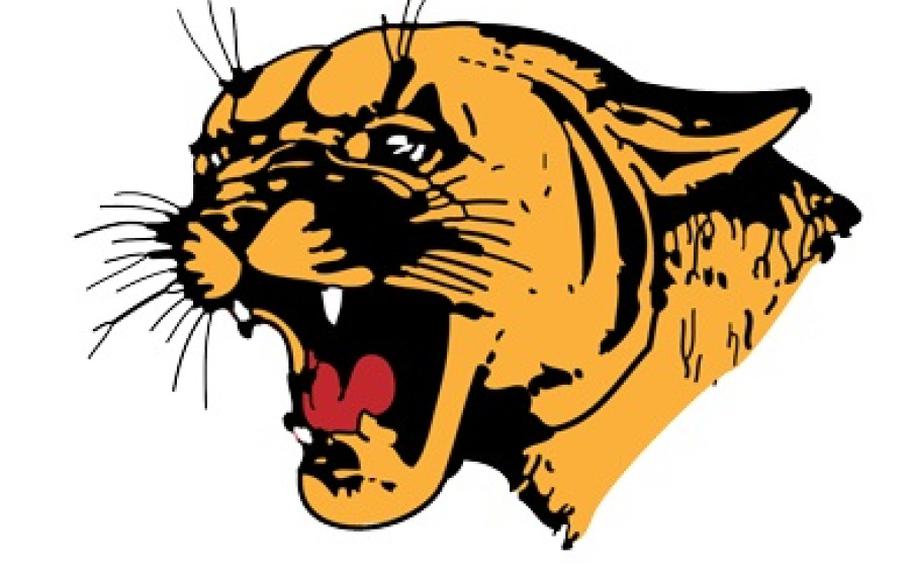 With a roster full of graduating seniors, the Ansbach Cougars’ outlook for next year is uncertain. Memories of previous seasons, meanwhile, hold mostly frustration and heartbreak. For this team, the time has to be now. “The seniors set a goal at the beginning of the season to go undefeated and to win the Division III championship that they feel they should have won for the last three years,” Ansbach coach Shannon Daniels said, citing the senior core of Ogden Andrew, Rovic Denuna, Kevin Kamara, Nick Benson and Matayo Kabuye. The Cougars are well on their way to at least the first of those two stated goals. Ansbach is undefeated entering February, joining Division I dynasty Ramstein as the last two remaining unbeaten teams in DODEA-Europe boys basketball. “These guys wake up every morning ready to play basketball,” Daniels said. “They are more determined and hungry for a championship than any group I have coached in the last 18 years.” That’s largely due to the fact that they’ve left the last three European championship tournaments unsatiated. The Cougars lost in the 2016 and 2017 European championship games by a combined total of four points. Last year, they were reduced to the third-place game as they watched Baumholder achieve the championship breakthrough the Cougars themselves have long pursued. This year’s Ansbach squad has the potential to finally make that happen. The core group of upperclassmen features both overwhelming talent and the familiarity of years of playing together. But Daniels noted that this Cougar team has grown even more dangerous by embracing “fundamentally sound basketball” and expanding their offensive and defensive repertoires. “This year they have added a real level of maturity,” Daniels said. “Buying into the system 100 percent.” The Cougars open February this weekend with a doubleheader against Hohenfels, a Division III rival that beat them in last year’s third-place game. The games are the last divisional matchups of the regular season, and the first for the team since it beat Division III rivals Brussels, Baumholder and Spangdahlem by double-digit margins in early December. “It’s important for us to see who we will play against and know how we measure up against them in preparation for the European championships,” Daniels said. So far, they measure up quite well. But the real test is yet to come.broome.gregory@stripes.com Twitter: @broomestripes