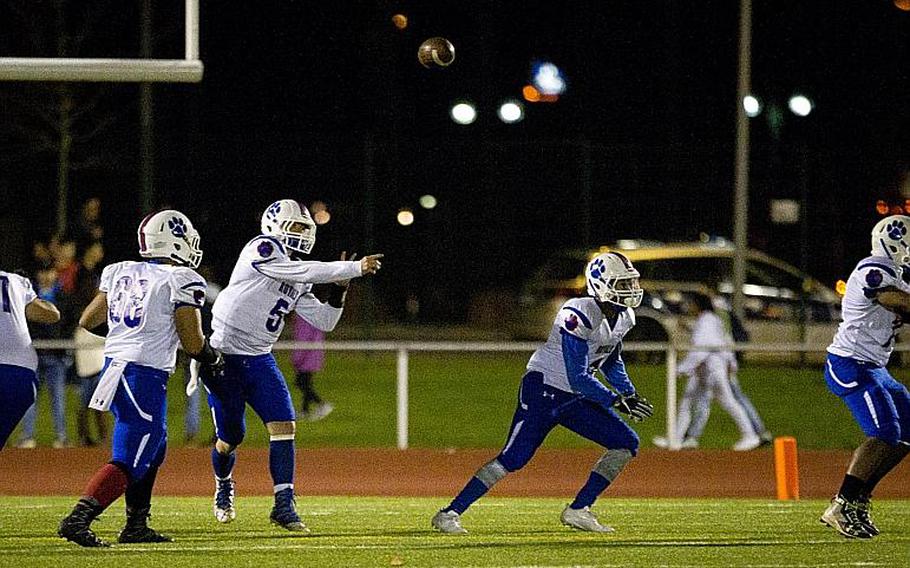 The annual high school volleyball and football all-star festivities took place this week in the Kaiserslautern Military Community, culminating Saturday in a pair of volleyball matches and a football game featuring DODEA-Europe’s best athletes in spirited but friendly competition.

The volleyball all-stars were split into red and blue teams, and each enjoyed a win on Saturday.

The red team, coached by Vilseck’s Brian Swenty and powered by Lakenheath star Maya Hagander, responded with a 25-20, 25-17, 25-18 victory in the afternoon.

There was no such equity in the football game, which divided its all-stars into teams dubbed Army and Air Force. The Air Force squad, coached by Billy Ratcliff of the Division I champion Stuttgart Panthers, trounced the Army 49-14 after scoring five unanswered touchdowns in the first half.

Players arrived in Kaiserslautern midweek for the occasion, gathering for team practices and leisure activities ahead of Saturday’s main events. Those games came a week after the last day of the formal DODEA-Europe season, which featured European championship volleyball matches in three divisions and two divisional football title games, also held at Kaiserslautern.