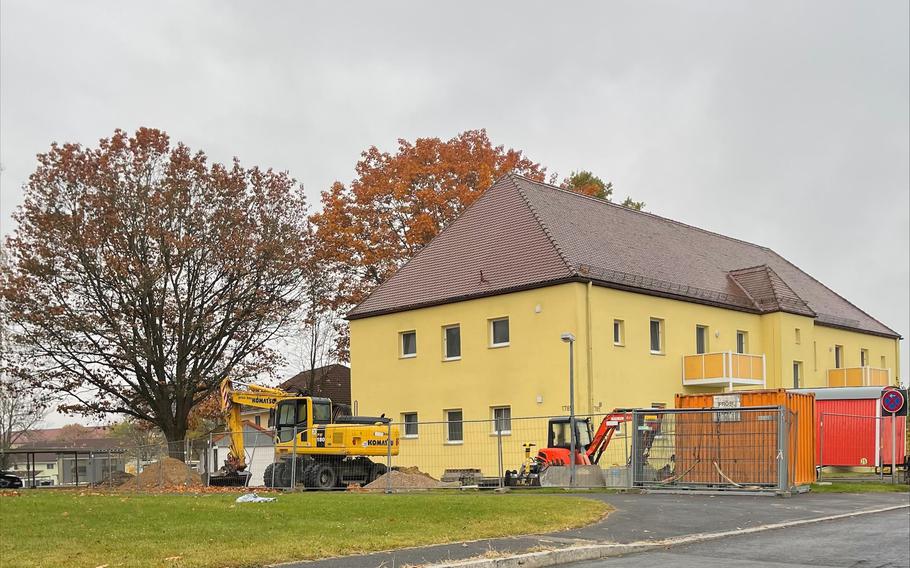 Buy Photo
Renovations are being done at Rose Barracks in Vilseck, Germany. Various projects in the area are seen by Germans in nearby communities as a sign that the U.S. Army plans to stay at the garrison. Former President Donald Trump had planned to close the installation as part of a drawdown in Germany. (Immanuel Johnson/Stars and Stripes)

The U.S. Army is here to stay in Germany, the service’s top civilian said this week during a stop in Munich that reinforced a growing sense that a proposal for big troop cutbacks in the country is all but dead.

Secretary of the Army Christine Wormuth said Monday that “there should be no question” that the U.S. is sticking around. She highlighted the recent addition of new Army units as a sign that a mission dating to World War II will endure.

“The challenge Russia presents to both of our countries and the NATO alliance underscores how important it is we maintain and strengthen our trans-Atlantic ties,” she said.

Wormuth was in Munich to mark the anniversary of the U.S. liberation of the Nazi concentration camp in nearby Dachau in 1945. 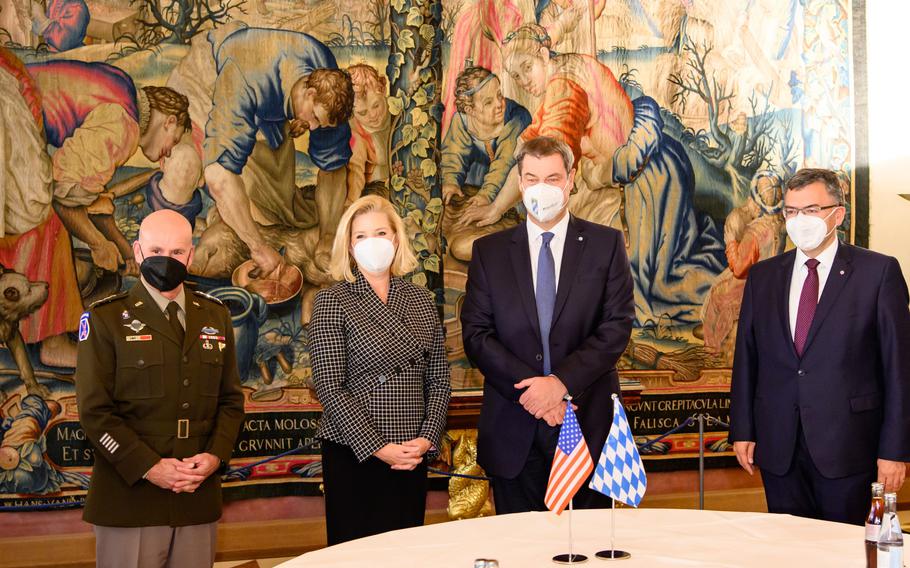 The meeting, hosted by Bavarian governor Markus Soeder, came a little more than one year after former President Donald Trump announced plans to sharply draw down troop levels in Germany.

The Army mission in Bavaria was hit especially hard in the plan, which called for the removal of 12,000 U.S. troops from Germany. It is on hold while President Joe Biden reviews the worldwide U.S. force posture.

The Pentagon is expected to wrap up its review before the end of the year. But whatever plan emerges, officials in Germany are hopeful that no major changes will be in store for U.S. forces in their country.

One of the major proposals was moving the 2nd Cavalry Regiment in Vilseck, effectively forcing the unit’s Rose Barracks headquarters to shut down.

But new base housing opened at the barracks earlier this month and more renovations are in the works.

“Many residents see these construction measures as a good sign that the U.S. Army will remain in Europe and in our region over the long term,” Vilseck Mayor Martin Schertl said in a statement to Stars and Stripes.

The Army has more than 17,000 soldiers in Bavaria, the service’s main hub in Germany. Most forces are based around the large training grounds in Grafenwoehr.

On Monday, Soeder spoke of his state’s deep bond with the Army, which dates to the Cold War, when garrisons were scattered all over the state. He grew up in Nuremberg, and he recalled his childhood visits to the now-shuttered Army post exchange there.

“For me as a child, the USA was always a place of freedom,” Soeder said, adding that “the ties with the United States have always been so important for us in Bavaria.”

U.S. Army Europe and Africa’s Gen. Christopher Cavoli, the son of a former Army officer, who was born in the onetime garrison city of Wuerzburg, said training grounds in Bavaria were indispensable during the Cold War.

And they remain so today as “threats darken the horizon,” Cavoli said.

“It is a source of great pride to us to continue to serve here today,” he said.