Ring it in right

Europe offers many ways to welcome 2011 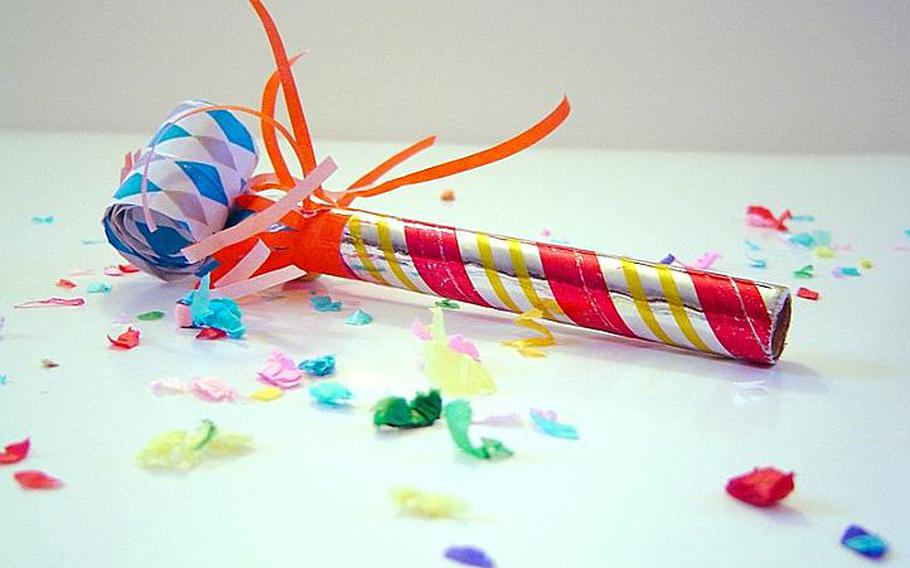 If having fun is one of your New Year&rsquo;s resolutions, there is no better place to welcome 2011 than Europe. Whether you are looking for a romantic getaway or an all-night party, Europe has many options to say goodbye to 2010. And if these are too far away for you to reach this year, you can start planning for next Dec. 31.

FireworksIf you&rsquo;re a New Year&rsquo;s traditionalist and go for fireworks, crowds and plenty of booze, most European capital cities offer celebrations in attractive settings that are sure to fill the bill and inspire awe.

&bull; Berlin offers one of the world&rsquo;s largest open-air parties every New Year&rsquo;s Eve. More than 1 million people are expected to welcome the new year at the Brandenburg Gate in the German capital, rivaling the size of the crowds at festivities at New York City&rsquo;s Times Square.

&bull; Amsterdam won&rsquo;t disappoint, either. As soon as it&rsquo;s dark, young and old start shooting and throwing all sorts of fireworks. The crowded areas of the Dutch capital aren&rsquo;t for the faint of heart on New Year&rsquo;s Eve; in fact, they can be quite dangerous. If you want to take part in the festivities, but want a calmer experience, try one of the city&rsquo;s bridges, which offer a nice vantage point without requiring you to duck for cover.

Romantic cruisesIf a crowd of drunken strangers isn&rsquo;t your cup of tea and you want to celebrate the holiday with a loved one in a quieter surrounding, how about a romantic New Year&rsquo;s Eve cruise?

The cruises start at 150 pounds (about $225) per person and offer food, drink and dancing. You will be able to hear Big Ben ringing in the new year and watch the London Eye fireworks display from the river.

&bull; Couples spending New Year&rsquo;s Eve in romantic Paris can take a cruise on the Seine river. The Bateaux Mouches cruise line (www.bateauxmouches.com), offers two New Year&rsquo;s Eve cruises and dinners starting at 300 euros per person. Dinner includes a cocktail, foie gras, beef filet, dessert and a bottle of wine or champagne per couple floating through the heart of the French capital.

Unique celebrationsEurope offers opportunities to break from ordinary celebrations and make this New Year&rsquo;s Eve one that is sure to be remembered.

&bull; If you are in a Scandinavian mindset, the Icehotel in Jukkasj&auml;rvi, Sweden, offers an unusual getaway. Rooms are available for guests to sleep on ice beds, in sleeping bags in the snow or under reindeer skins. The hotel also offers &ldquo;warm&rdquo; rooms for those not wanting to spend every night in a frozen environment. There aren&rsquo;t any new year&rsquo;s fireworks though, because sled dogs outnumber people in the town and they are frightened by the blasts. Instead, the hotel staff lights a bonfire within a circle of candles by the frozen River Torne to count down to the new year. And, visitors can always hope for a display of the Northern Lights. Learn more at www.icehotel.com.

&bull; Hogmanay (www. edinburghshogmanay.org) in Edinburgh, Scotland, is one of Europe&rsquo;s most anticipated new year&rsquo;s events. The four-days of festivities kick off Thursday and feature music, dance, literature, art and sporting events.

The opening event this year is a procession of tens of thousands of people carrying torches (available for purchase, proceeds go to charity), creating a river of fire from the Royal Mile to a sound-and-light show before the fireworks on Calton Hill. A highlight of festivities is the Loony Dook, in which thousands of people brave the frigid waters of the River Forth and take a swim on New Year&rsquo;s Day.

&bull; The northern Italian city of Bologna marks the new year each year with the Fat Ox Fair. Revelers decorate an ox with flowers and ribbons, church bells ring and the hearty crowd lights candles and fireworks across the city. If you are feeling lucky and have a big yard, a lottery is held every year and the winner gets to keep the ox.

The town also sets up a large human-shaped sculpture made of straw, and celebrants flock to the Piazza Maggiore to watch people throw it into a bonfire at midnight. According to local legend, the burning of the effigy represents the discarding of the old and making way for the new as a new year begins.