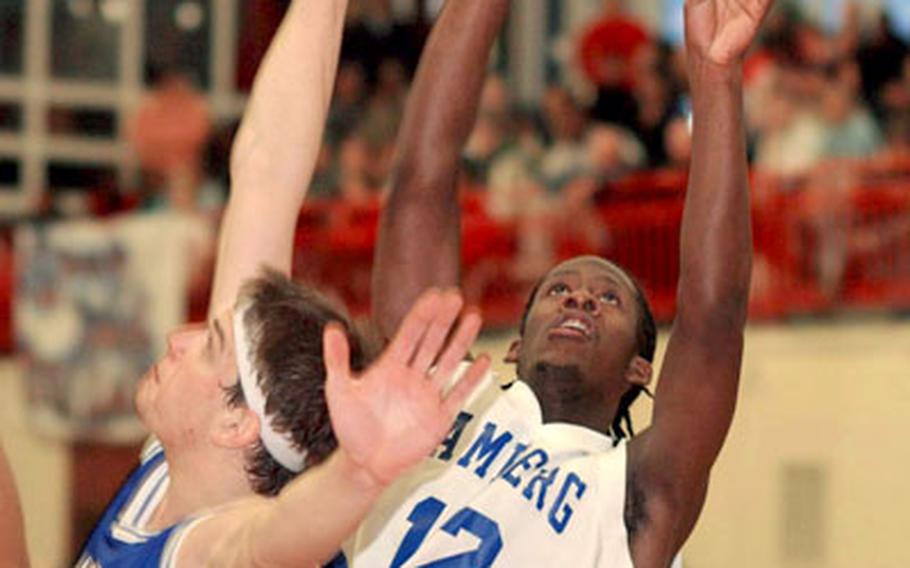 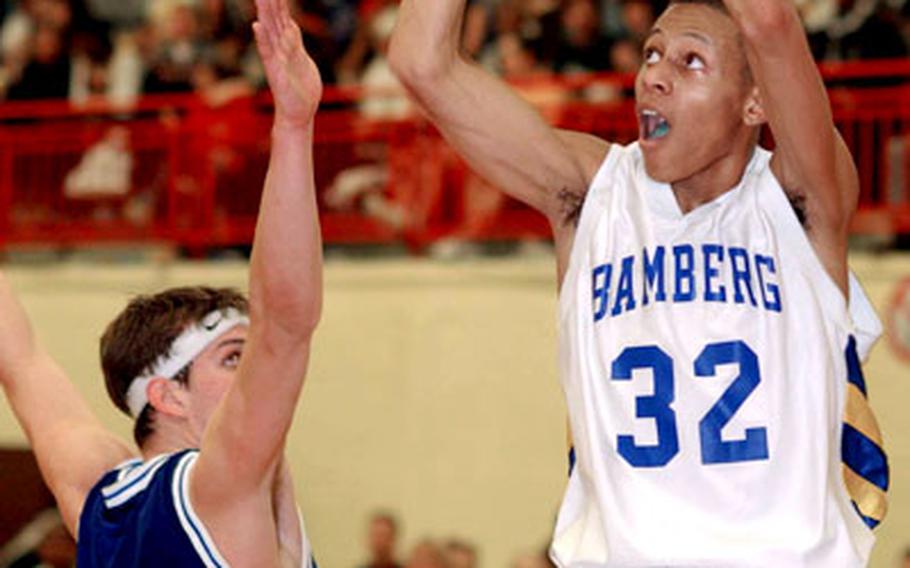 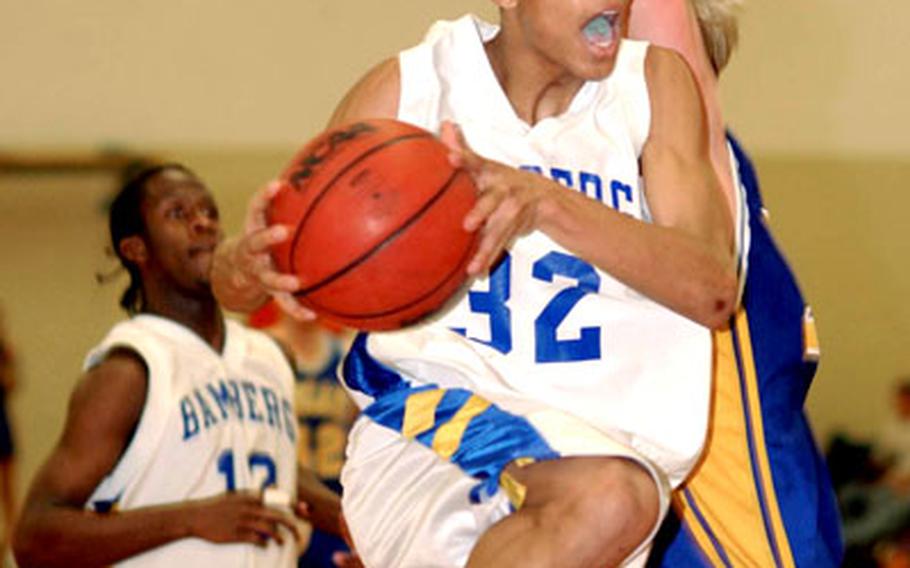 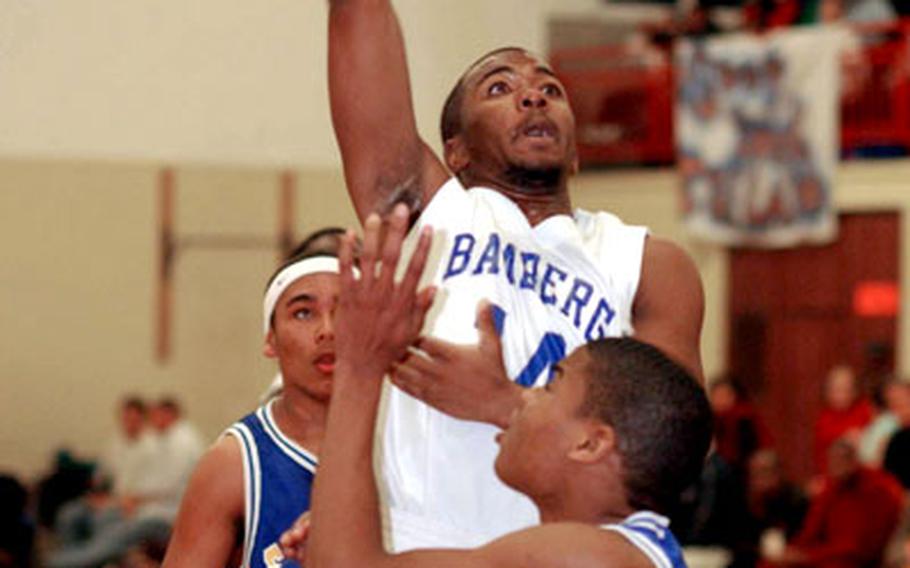 MANNHEIM, Germany &#8212; Bamberg completed its rebound from an opening-game loss in the 2006 boys European Division III basketball championship tournament by overcoming the Cinderella Ansbach Cougars and a bit of a scoring controversy to claim a 71-64 title-game victory.

&#8220;We had to win the old-fashioned way,&#8221; Bamberg junior Dillon Baker said of a first-half scoring mix-up that saw the Barons lose two points from the scoreboard and Ansbach gain one.

Officials conferred for several minutes on the problem, and although he disagreed with the final math, Bamberg coach Charles Jordan graciously ended the conference by pleasantly abiding with the decision.

The Cougars, who are perennial football powers but who haven&#8217;t won a European basketball crown since 1980, matched the Barons every step of the way until their inside presence, senior Zach Harmon and junior Tyler Sherman fouled out. Sherman departed in the third quarter and Harmon with five minutes to play as Bamberg began pulling away from the 2-12 team they had beaten twice during the regular season.

Jordan said that getting Harmon and Sherman out of the game was key.

Bamberg center Carlos Zapata, a senior who scored 16 points and made 10 rebounds, wasn&#8217;t sorry to see Sherman and Harmon sit down, either.

The answer, Baker said, was to go at them.

The loss was disappointing but not devastating for Ansbach&#8217;s Harmon, a senior who led his team with 18 points. He also collected 10 rebounds.

Ansbach sophomores Dominique Whaley and John Willis-Morris, who took charge when Harmon and Sherman departed, added 14 and 13 points, respectively, and earned the respect of Bamberg&#8217;s Stuckey.