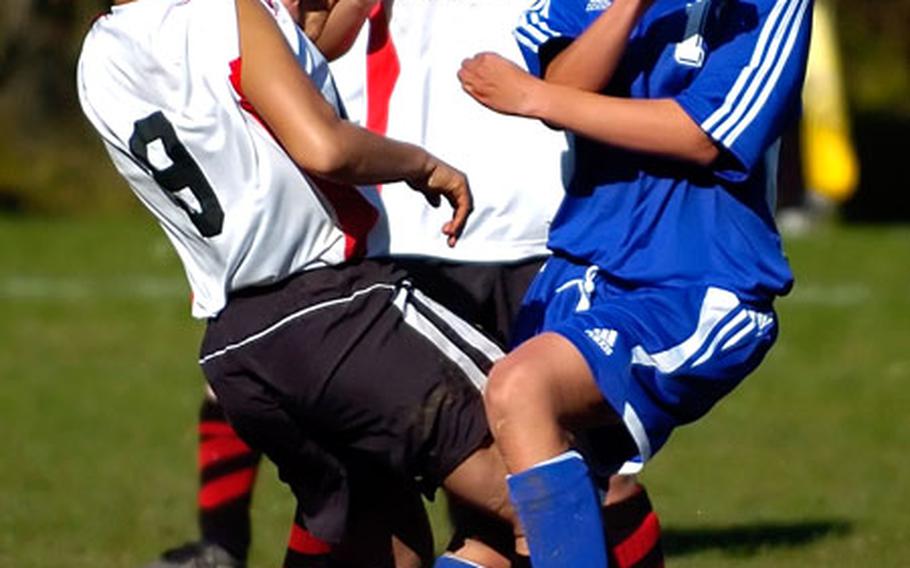 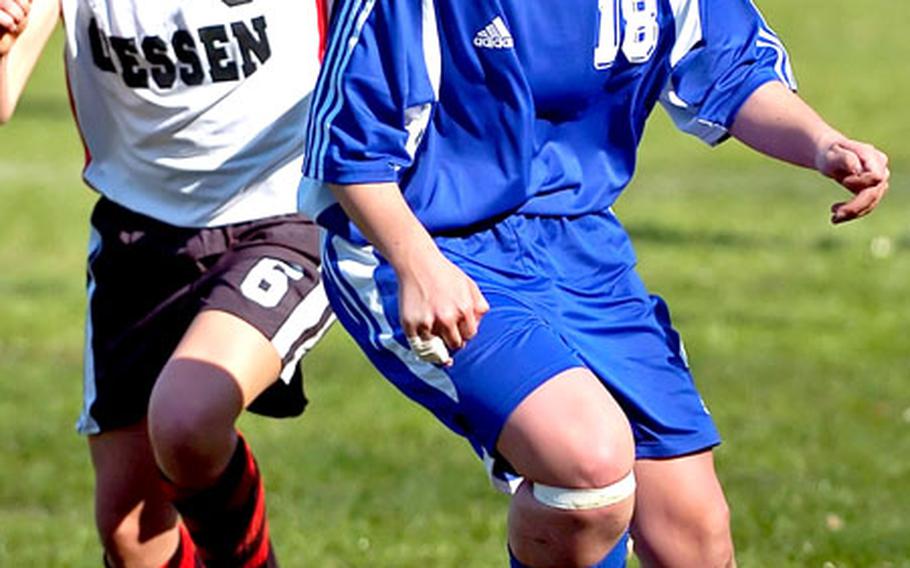 Aviano&#8217;s 17-game winning streak came to an end, but its unbeaten streak reached 18 Saturday as the defending European Division III champions rallied for a 3-3 tie against host Naples.

All-Europe returnee Tracy Light scored twice for Naples in a game that was tied 2-2 at halftime. Aviano (2-0-1), which got a pair of goals from Rebecca Breedlove and a goal and an assist from freshman Anna Schrader took a 3-2 lead. But Naples (1-0-1) tied the game by converting a penalty kick with four minutes to play.

Schrader&#8217;s goal was her sixth of the season &#8212; she also has two assists. Breedlove has found the net four times for Aviano.

Aviano coach Pam Hillestad was impressed, as usual, with the effort of Light.

Both teams play private schools on Thursday before departing for spring break. Aviano will host Milan, while Naples entertains the American Overseas School of Rome.

All-Europe returnee Mari Shakir and Julie Roberson scored the other goals for Ramstein (2-0 overall and 1-0 in D-I), which led 3-1 at halftime.

After giving up a first-half goal to W&#252;rzburg&#8217;s Amanda Mastrian, the Lakenheath defense, led by Brandi Baumgartner and sweeper Brittany Watkins, kept the Lancers close until Perez&#8217;s kick tied the game.

Rangell, whose play in the second half was the difference in the game, according to coach Bruce Satterlund, beat Giessen goaltender Pia Coffman in the nonconference match. Coffman made 27 saves.

Vilseck, Mannheim tie: At Vilseck, Germany, Mannheim&#8217;s Tayeisha Jackson and Sarah Griggs matched scores with Jeannette Cortez and Jordan Hendrix as the teams battled to a 2-2 tie in a Division II game.

Both teams, according to Mannheim coach John Crockett, had scoring opportunites in the final five minutes, but both teams finished the day 0-1-1 in conference play.