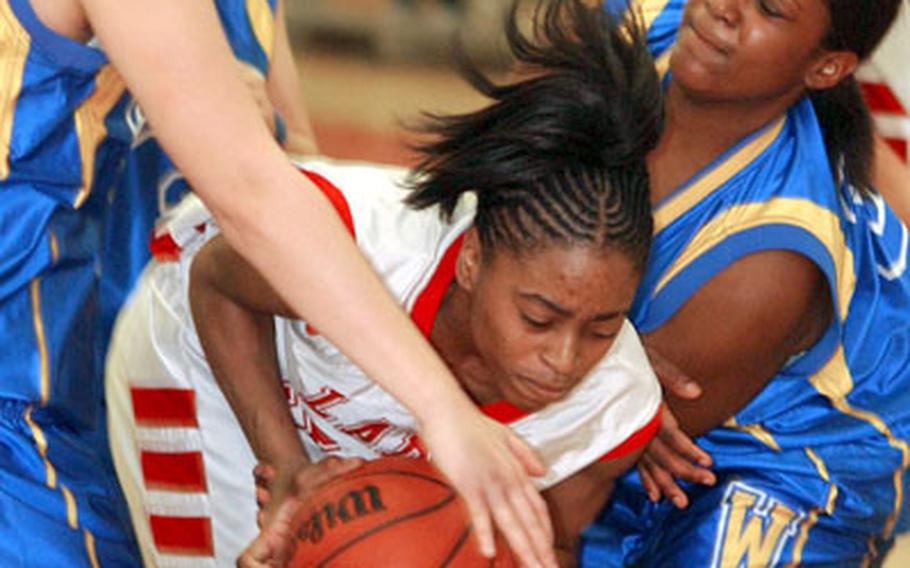 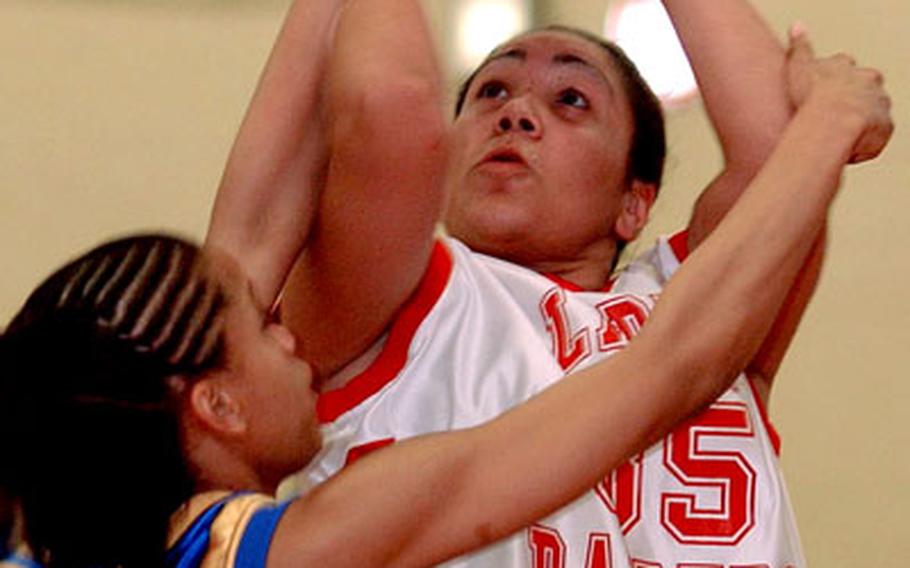 MANNHEIM, Germany &#8212; The fourth-seeded Ramstein Lady Royals outrebounded No. 2 seed International School of Brussels in the late going Thursday to pull off a 37-33 upset in the semifinals of the European Division I basketball tournament.

The victory set up a rematch of last year&#8217;s title game, won by Ramstein, against neighborhood rival Kaiserslautern. K-town had moved into Friday&#8217;s 6 p.m. final earlier in the day with a 71-48 victory over Wiesbaden.

Slender Kendra Lenoir did the heavy lifting for Ramstein, sliding between the taller and heavier ISB forwards for seven second-half rebounds, three in the fourth quarter as ISB was desperately trying to come back.

Lenoir also contributed at the offensive end, calmly sinking her 11th and 12th points of the game with 55 seconds left to give Ramstein a four-point lead and setting up a two-possession game for ISB.

Also cool in the clutch was Dallas Norman, whose field goal with 4:50 left put Ramstein ahead to stay at 33-31. She also converted the front end of a one-and-one to make it 36-33 moments later. Lisa Domingo added 12 points for Ramstein.

Kaiserslautern is one victory away from a perfect season and its first European Division I basketball championship after its dominating victory.

After the Lady Raiders took a 37-20 halftime lead, Gerena-Perez posted an assist, converted a three-point play and sank a put-back during a four-minute stretch, as K-town moved ahead 61-28 at the end of three periods.

In the other girls tournaments:

The D-2 semifinals are scheduled for 11:30 a.m. and noon Friday at the BFV Sports Arena and Sullivan Barracks gyms, respectively. The final is Saturday.

The quarterfinals are scheduled for 9 and 10:30 a.m. Friday at Sullivan Barracks and Coleman Barracks in Mannheim.

Division IV: Giessen was to play top-seeded Brussels and Incirlik was taking on defending champion Alconbury in Thursday night&#8217;s semifinals. Winners play for the title at 2:30 p.m. Friday.