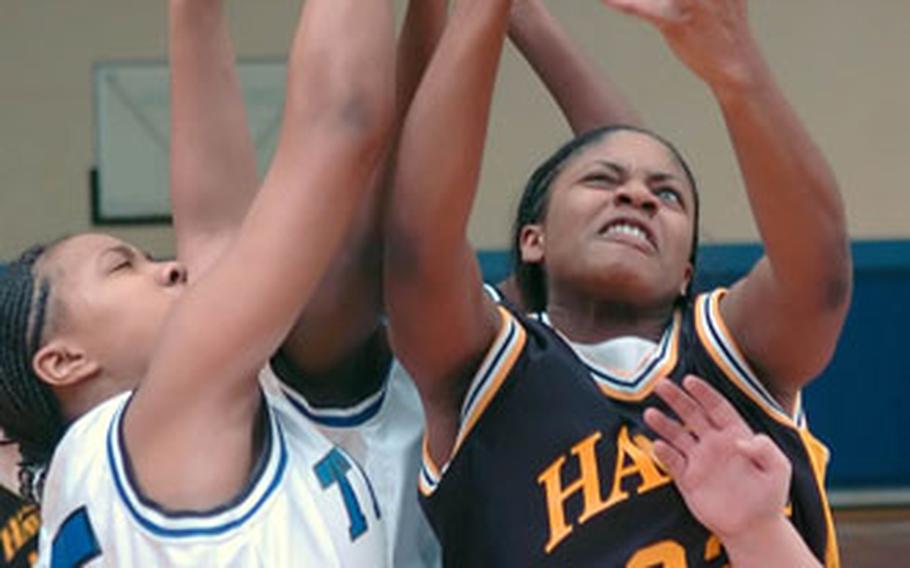 Eight of Manning&#8217;s rebounds on Saturday came off the offensive glass.

The victories pushed Sigonella&#8217;s record to 4-0 overall and 2-0 in league play and kept the Jaguars tied with Aviano for the league lead.

Aviano will host Sigonella on Feb. 3-4.

After four games, Gilbert, a sophomore who played in Texas as a freshman, is averaging 28.75 points per game. Her output has helped Vicenza to a 2-2 overall record, 1-1 in league play.

ISB 45-55, Wiesbaden 38-43At Wiesbaden, the International School of Brussels, which returned all five starters from last season&#8217;s team, bounced back from being swept at Kaiserslautern the last week to claim two victories.

Lakenheath 52-62, London Central 36-42At London Central, Angels Gafford broke loose for 23- and 26-point games as the Lancers swept their hosts.

The victories evened Lakenheath&#8217;s record at 2-2 going into the winter break.

All-Europe guard Kyri Bye-Nagel did most of the damage for Hanau, which claimed large-margin victories the previous week at Bamberg. Bye-Nagel scored 14 points on Friday and 21 on Saturday.