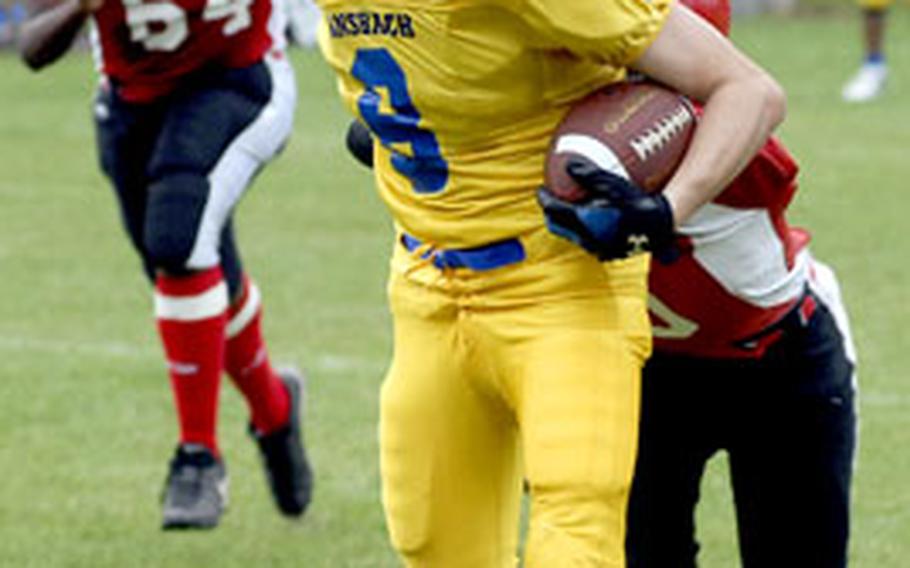 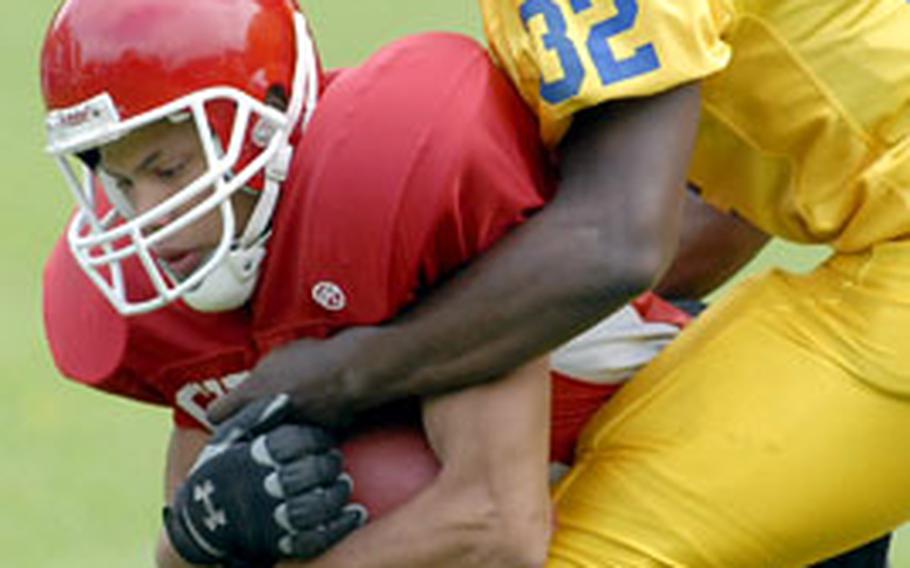 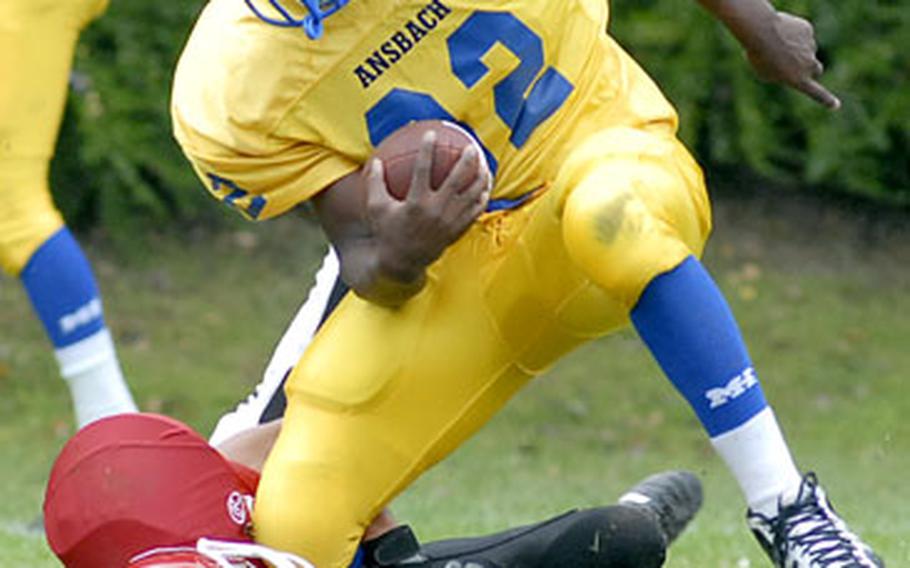 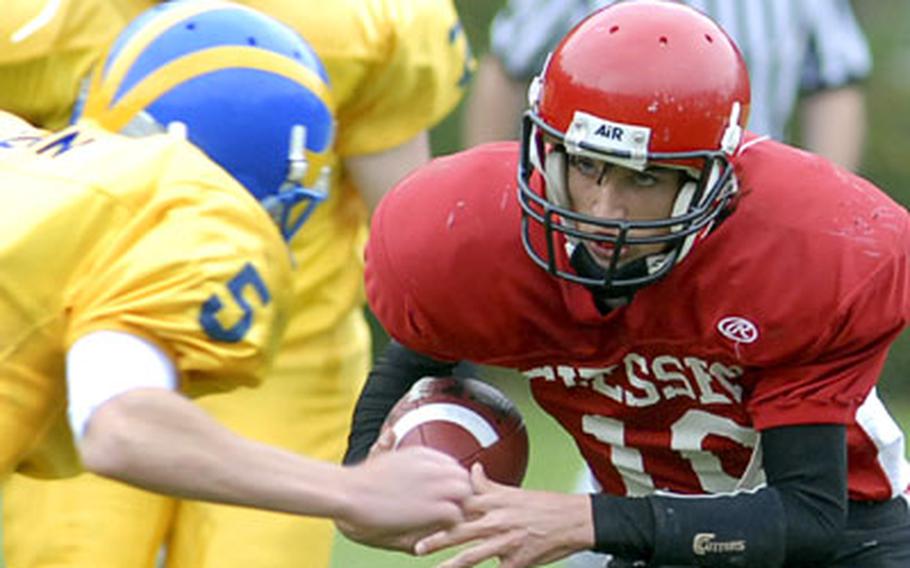 The last football game in the history of Giessen High School will go into the books as a 39-0 loss to Division III-South champion Ansbach.

Ansbach (5-0 overall and in Division III-South) got two long rushing touchdowns from quarterback John Willis and scored six times in the first half Saturday before scorekeeping ended at the 39-point DODDS-Europe courtesy-rule cutoff. Willis scored on runs of 48 and 32 yards on his only carries and completed three of five passes for 77 yards.

Giessen (0-5 overall and in the league) saw quarterback Brett Jones complete five passes for 60 yards and get off a 65-yard punt. Timothy Fleming had 57 yards receiving and rushed once for 33 yards for Giessen, which is scheduled to close in June.

Rancel Arrocha led the defense with two interceptions and seven tackles for Ansbach, which will host the No. 4 seed from III-North on Saturday in the opening round of the European D-III playoffs.

In other Division III games:

Hanau 45, Sigonella 6At Hanau, Corey Lane rushed for two touchdowns and caught a pass for a third Saturday as the Panthers, in their first season in Division III, nailed down the No. 2 seed from the South.

Hanau quarterback Keven Faust also found Michael Lewis and T.J. Shulson with scoring strikes in this game in which scorekeeping ended in the second quarter because of the DODDS-Europe courtesy rule. Faust completed six of eight passes for 121 yards.

Lewis and Nate Espinoza returned pass interceptions for TDs for Hanau (4-1, 4-1), which will host the No. 3 seed from III-North on Saturday.

Dee Marbury carried 19 times for 77 yards and completed five of 16 passes for 98 yards for the Bobcats.

Rota 12, Menwith Hill 0At Menwith Hill, Tyrell Boddie and R.J. Curley posted TD runs Saturday for Rota (4-1, 4-1) as the Admirals clinched the No. 2 seed in III-North.

Brussels 45, Alconbury 6At Brussels, quarterback Mike Hebing broke a 90-yard TD run on Saturday and eight Brigands scored in a game in which the final score was reduced to conform to the courtesy rule.

Hohenfels 42, Bamberg 8At Bamberg on Friday night, Dameon Odum rushed for 291 yards and Brandon Merriweather 119 in the first half as the Tigers grabbed the III-South third seed.