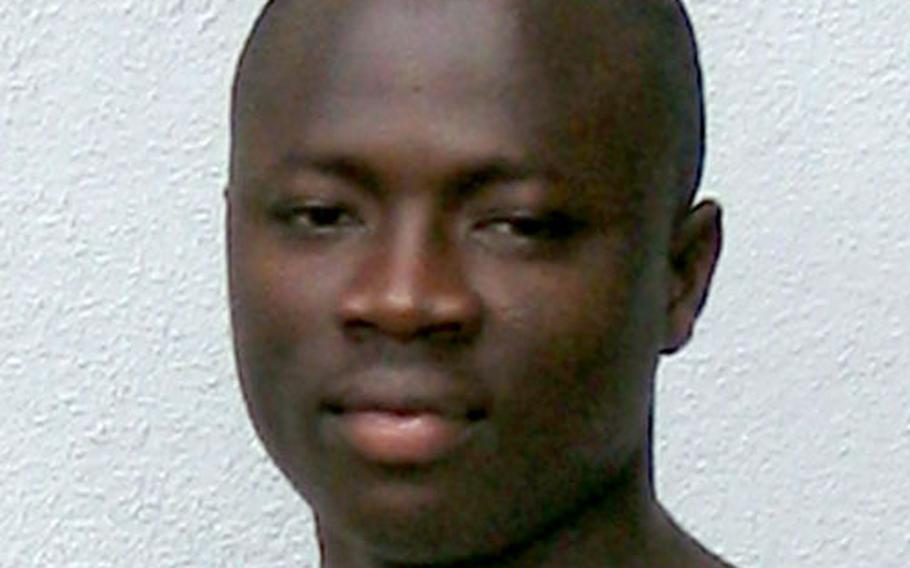 Bamberg&#39;s Collins Wonzina opened his season by scoring 10 goals in two games as the Barons overwhelmed Alconbury 9-3 on Friday and Menwith Hill 8-1 on Saturday. (Stars and Stripes)

Bamberg&#39;s Collins Wonzina opened his season by scoring 10 goals in two games as the Barons overwhelmed Alconbury 9-3 on Friday and Menwith Hill 8-1 on Saturday. (Stars and Stripes) 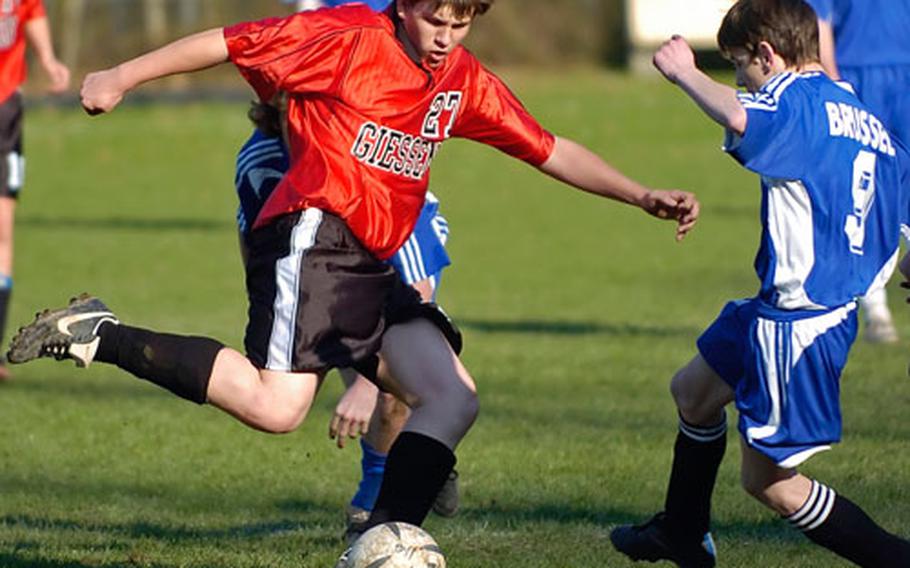 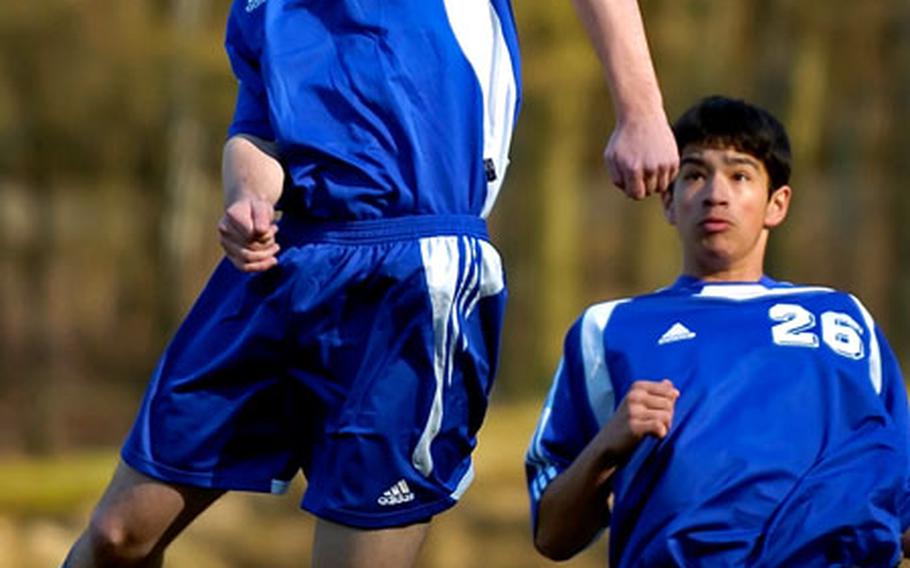 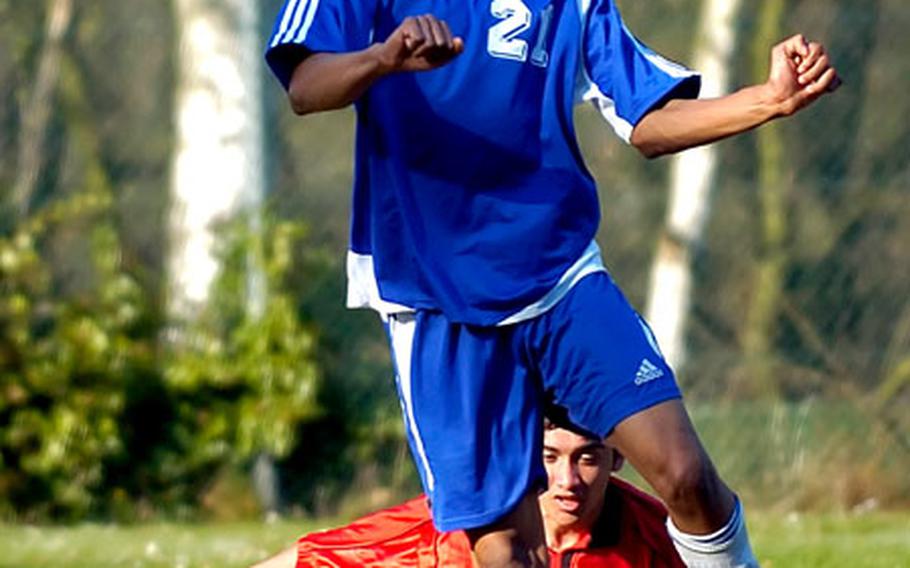 Bamberg All-European Collins Wonzina opened his season by scoring 10 goals in two games as the Barons overwhelmed Alconbury 9-3 on Friday and Menwith Hill 8-1 on Saturday.

Wonzina, a senior who averaged two goals per game last season, scored five in each victory and gave the impression, at least, that he could have tallied a few more.

According to Bamberg coach Wade Krauchi, Wonzina came off the bench to score Bamberg&#8217;s first four goals in Friday&#8217;s game, then tallied all five in the first half of Saturday&#8217;s game.

Wonzina&#8217;s outbursts overshadowed what ordinarily would have been spotlight-grabbing efforts by his teammates. Alex Hodge scored twice in each game and had three assists on Saturday. All-Europe second-team sweeper Christian Peel, also a senior who came of the bench against Alconbury, posted two assists on Friday and led the defense both days.

Both games were nonconference. The Barons open their Division III-South season when they host Ansbach on April 16.

Aviano edges Naples: At Naples, Italy, Mike Legree fed the ball to Junior Valez for a second-half game-winner as Aviano beat Naples 1-0 and improved its American Schools in Italy League record to 3-0 going into a Thursday home game against perennial power Milan.

Naples fell to 0-2 on the season and hosts the American Overseas School of Rome on Thursday.

Lancers blank W&#252;rzburg: At RAF Lakenheath, England, Bandan Payne registered a goal and an assist as the Lancers downed W&#252;rzburg 3-0 in the D-I opener for both teams.

Hohenfels downs III-North pair: At Hohenfels, Germany, Darren Hawkins banged home a penalty kick with no time left Saturday to give the Tigers a 2-1 victory over the visiting Alconbury Dragons.

It was Hawkins&#8217; second goal of the game and allowed Hohenfels, which outgunned Menwith Hill 6-0 on Friday behind two goals each from Hawkins and Anthony Marshall, to improve its season mark to 2-0.

Briesch converted a first-half pass from Daniel Newport for the opening goal, and Mike Hebing scored the equalizer just before halftime.

Giessen keeper Chris La Van made 20 saves on the day.

Halftime:Brussels 3, Baumholder 0. Goals: Logan Quinn 2, Matt Oppenheim. Assists: None. Saves: Brussels (Jake Williamson) 4; Baumholder (James Lampe 6, James Dickerson 3, Sean Kennedy 1) 10. Noteworthy: Dickerson came on to replace Lampe in the Baumholder net after an injury, according to Baumholder coach David Schwab, and Kennedy is a midfielder who deflected a shot in front of an open goal. Game was first of season for Baumholder, which plays a III-South game at Giessen on Thursday. Brussels (2-0-1 overall and 1-0 in III-North) is idle until April 23.