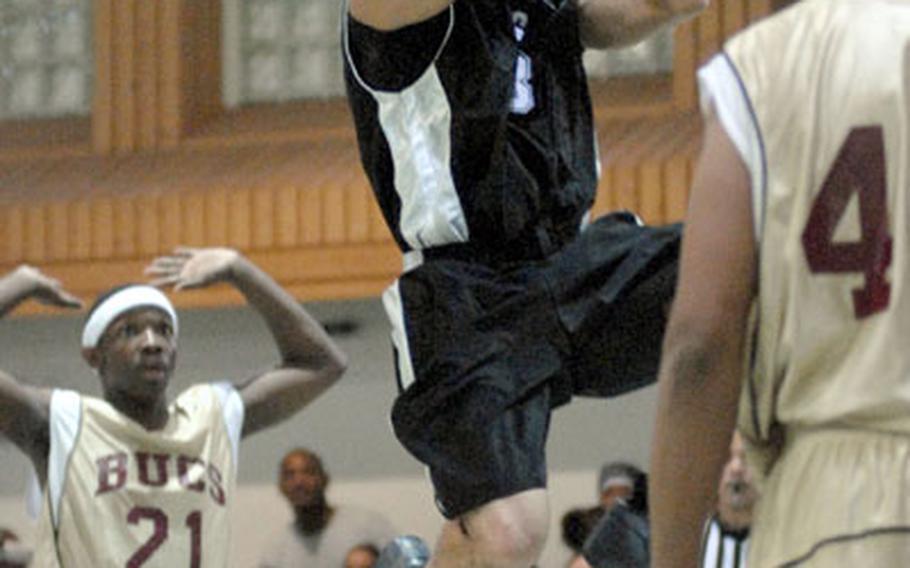 Giessen&#39;s Timothy Fleming floats through the Baumholder defense for a layup during the second half of Saturday&#39;s game at Baumholder. Baumholder beat Giessen 61-59. (Ben Bloker / S&S)

Giessen&#39;s Timothy Fleming floats through the Baumholder defense for a layup during the second half of Saturday&#39;s game at Baumholder. Baumholder beat Giessen 61-59. (Ben Bloker / S&S) 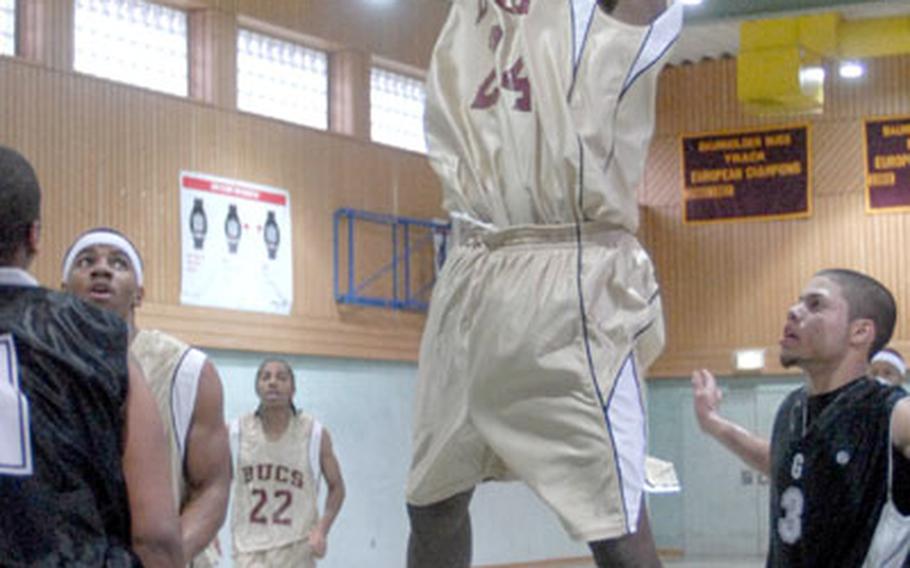 True Davis of Baumholder hits a jumper in the final seconds of the first half against Giessen Saturday. Davis had 10 points as Baumholder beat Giessen 61-59. (Ben Bloker / S&S) 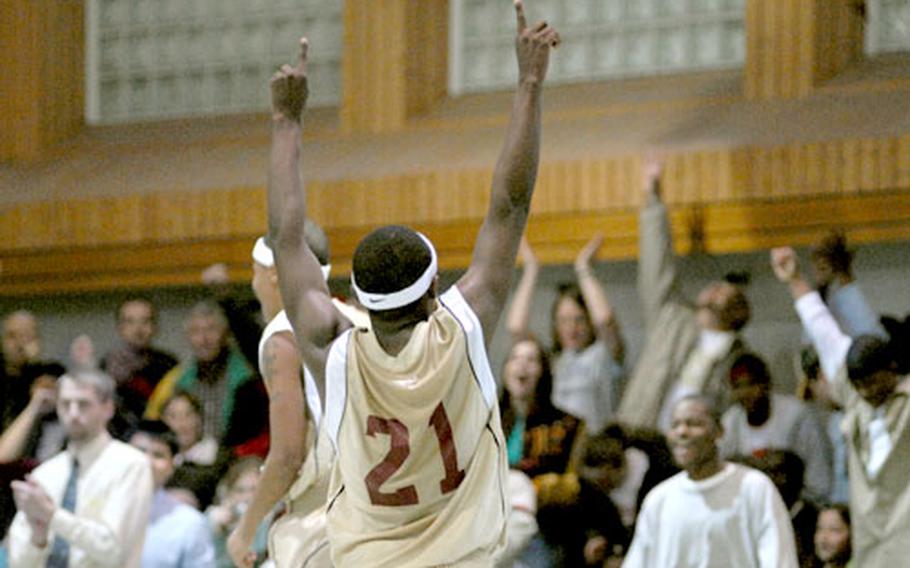 Baumholder&#8217;s True Davis denied All-Europe second-teamer C.J. Battle a good look at the basket on a game-ending three-point try to preserve a 61-59 victory over Giessen on Saturday.

&#8220;Giessen was down by six points with two minutes to go, and forced a couple of turnovers to stay alive,&#8221; Baumholder coach Spencer Bean wrote in an e-mail.

D.J. George scored a game-high 22 points for Giessen, 12 of them on four first-quarter treys, Bean said.

Battle scored 14 points for Giessen, the defending European D-IV champion, which will play D-III this season. Lester Banks had 12 for the Griffins.

In other boys games on the opening weekend:

Wiesbaden 74, BFA 61: At Wiesbaden, Hanau transfer Terrell Harper made himself right at home Saturday, scoring 21 points in his second game in a Warriors&#39; uniform.

Hohenfels 48, Mannheim 33: At Hohenfels, the host Division III contenders beat their D-II guests behind the play of forwards B.J. Denson and Anthony Marshall.

Ansbach 56, Vilseck 43: At Vilseck, the Cougars of D-III unveiled their Shack Attack in a nonconference test Friday night against the Falcons of D-II. Adrion Shack scored a game-high 15 points to lead the Cougars.

Xavier Sheppard added 11 for Ansbach, while Kollin Jordan scored 15 points and snared 10 rebounds for Vilseck in the opening game for both teams.

Vilseck avenged that loss Saturday with a 46-43 victory at Ansbach, fueled by a game-high 20 points from Ronnie Turner. Chris Lewis, who scored nine points, added 11 rebounds and 10 steals to the output; Jordan scored nine points and bagged 10 rebounds.

Bamberg 52, Patch 33: At Bamberg, the defending European D-III champion employed a balanced attack to complete a sweep of its D-I guest.

Dwight Richardson scored a game-high 17 points for Bamberg, which will play in Division IV at the European tournament. Josh Frank, who scored 13 in Bamberg&#8217;s 50-20 victory over the Panthers Friday night, added 11.

London Central 50, Lakenheath 33: At Lakenheath, Dee Marbury scored 23 points, grabbed 12 rebounds and blocked two shots as the Bobcats of Division III opened their final season with a victory over a D-I foe.