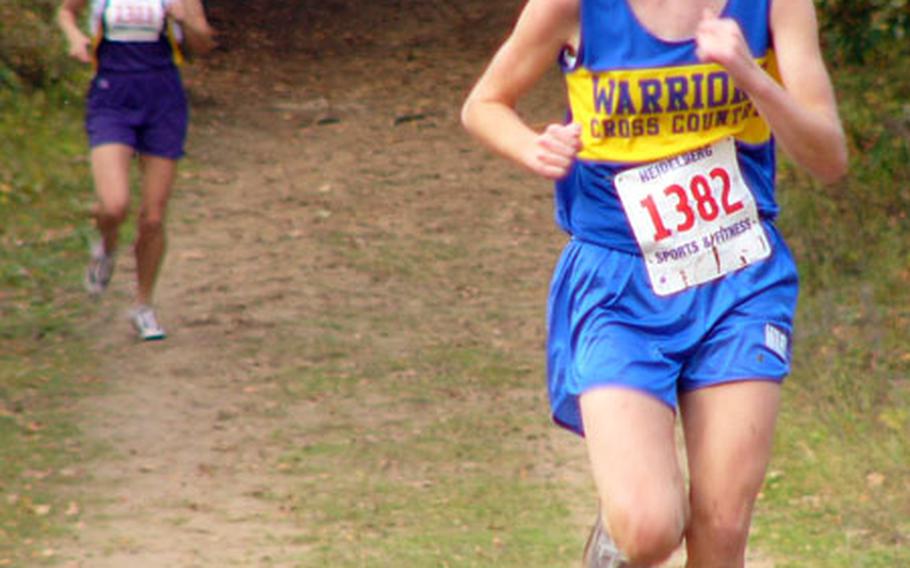 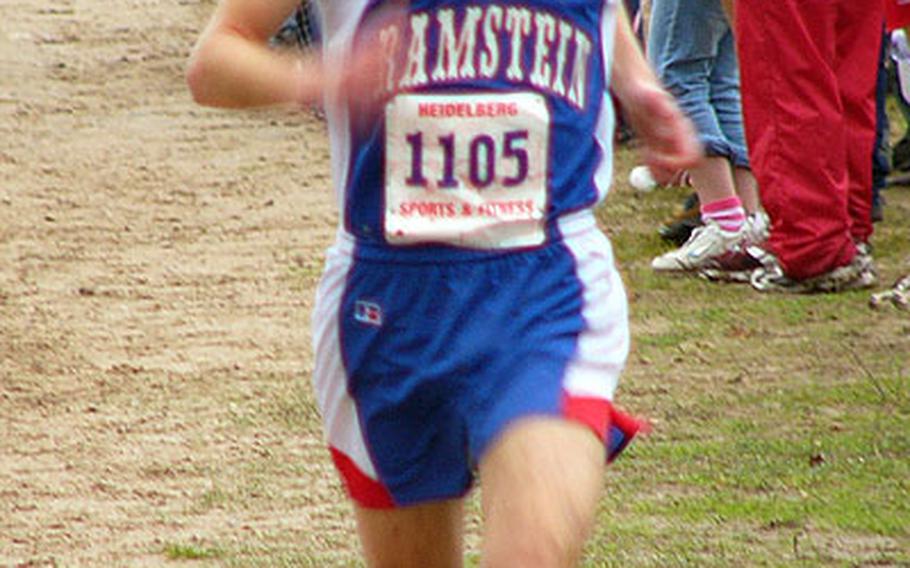 &#8220;I want to thank my coach [Steve Meadows] and God,&#8221; said Edwards, the second member of his family to win a European cross country championship. Three years ago, his cousin, SHAPE&#8217;s Patrick Edwards, won on the same course.

Ramstein&#8217;s Edwards went his cousin one better, however, when he led the Ramstein boys&#8217; runaway charge to the Division I team title for the fifth straight year. The Royals placed five runners in the top 10 of a combined field of Division I and II qualifiers to beat runner-up Heidelberg to the D-I team title by 25 points.

Saturday&#8217;s small schools&#8217; champions were Menwith Hill sophomore Nicole Brooks, who clocked 22:34, and Alconbury junior Landon Kemp, timed in 18:00. This year, the European format was separated into four races, one for each sex from the Big and Small Schools.

Those schools were the D-III champion Sigonella girls and American Overseas School of Rome boys and the Division IV champion Lajes girls and Menwith Hill boys. DODDS-Europe added D-IV to its European championships in cross country and volleyball this year to allow even the smallest schools a chance to compete for titles.

Heavy morning rain soaked the course and left standing water in the flats, but no one seemed to mind, even though wide 2-inch deep puddles barred the way up the first hill.

The bravest race of the day was run by defending girls&#8217; champion Charity Williams of Naples, who has been inactive for more than a month with a stress fracture in her left foot.

Williams, who has run just four miles since losing the boot, said before the race she was hoping for a top-10 finish. In obvious pain during the race, she didn&#8217;t crack the top 10, but still helped her team to a fourth-place finish in Division II.

Patch, with Jessica Russell leading the way, won the D-II girls&#8217; title by 30 points over SHAPE. The Panthers made it a sweep in D-II one race later when they outgunned Mannheim for the D-II boys&#8217; crown.