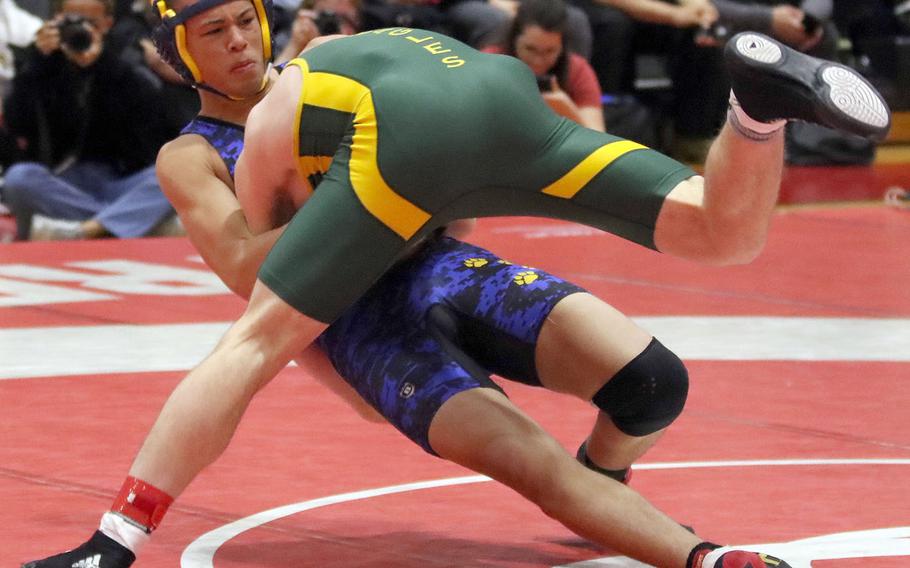 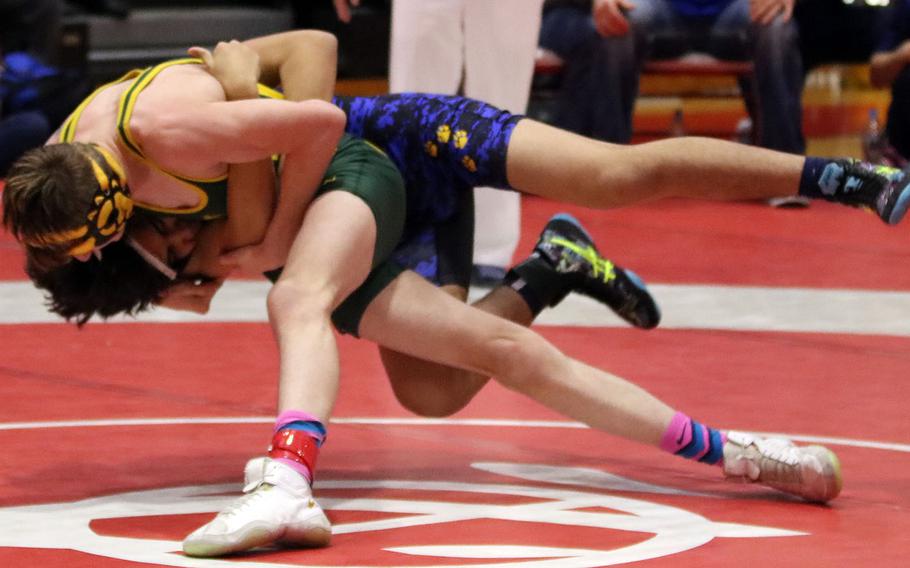 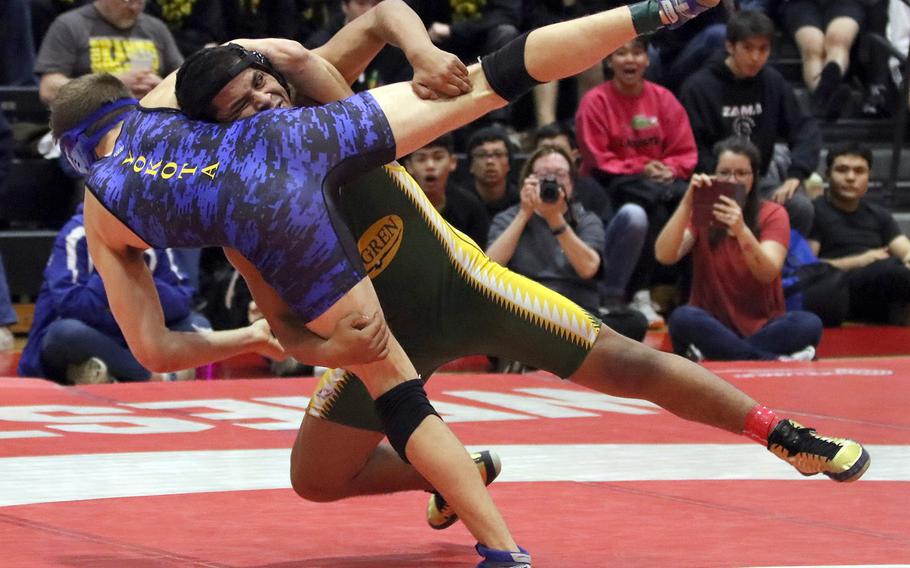 Edgren's Jacob Dudley twists Yokota's Austin Fisher onto his back in a critical battle at 180 pounds. (Brenna McNeil/Special to Stripes) 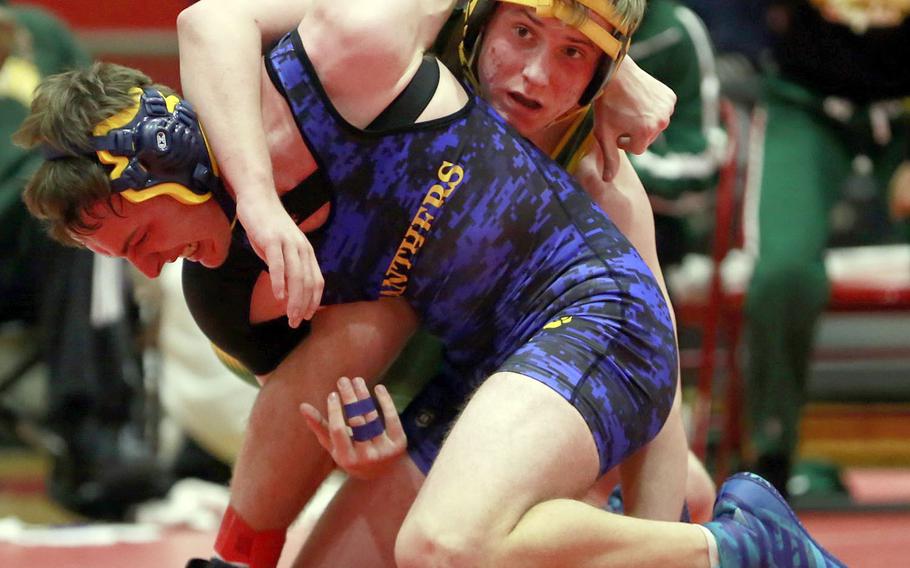 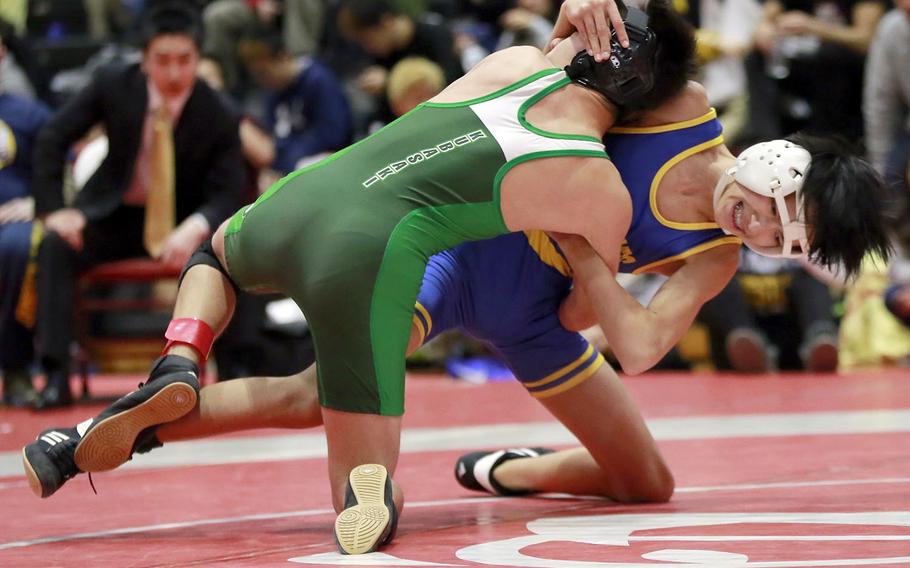 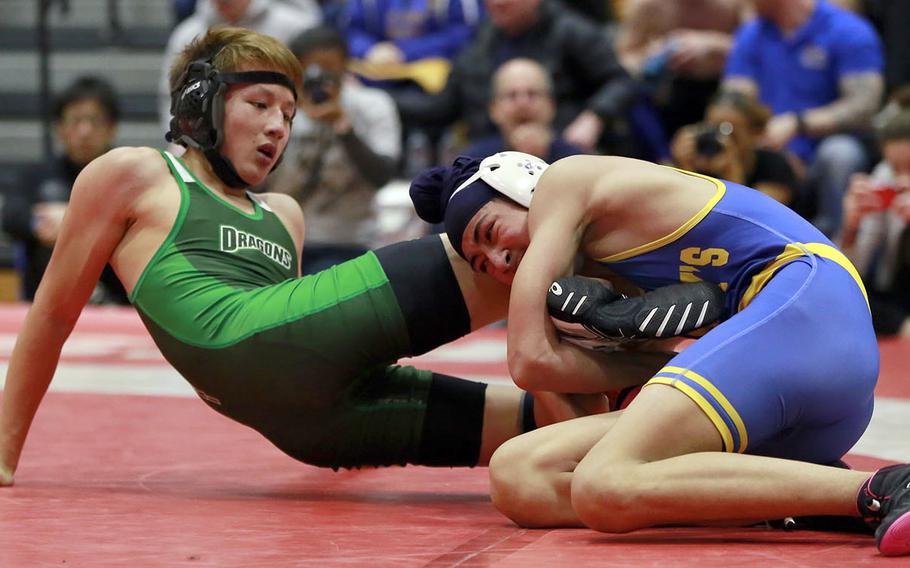 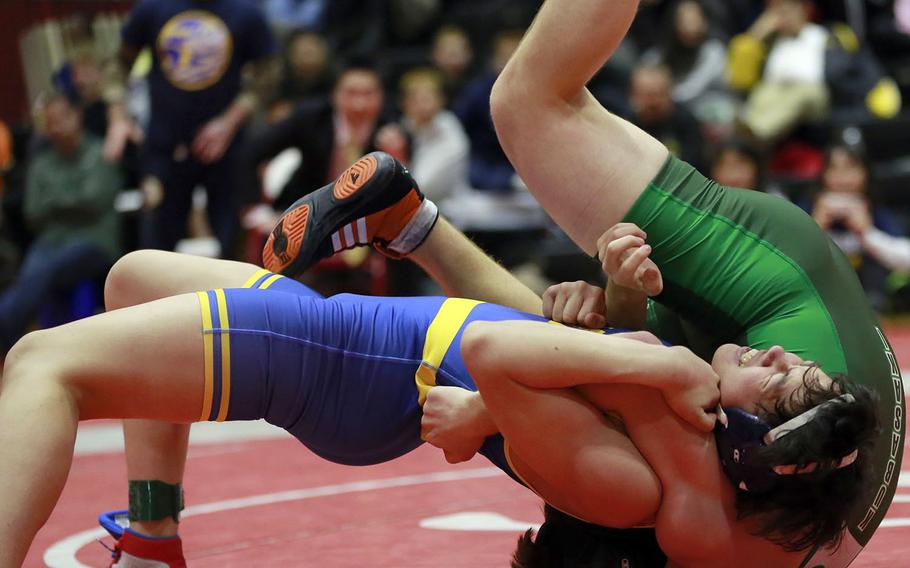 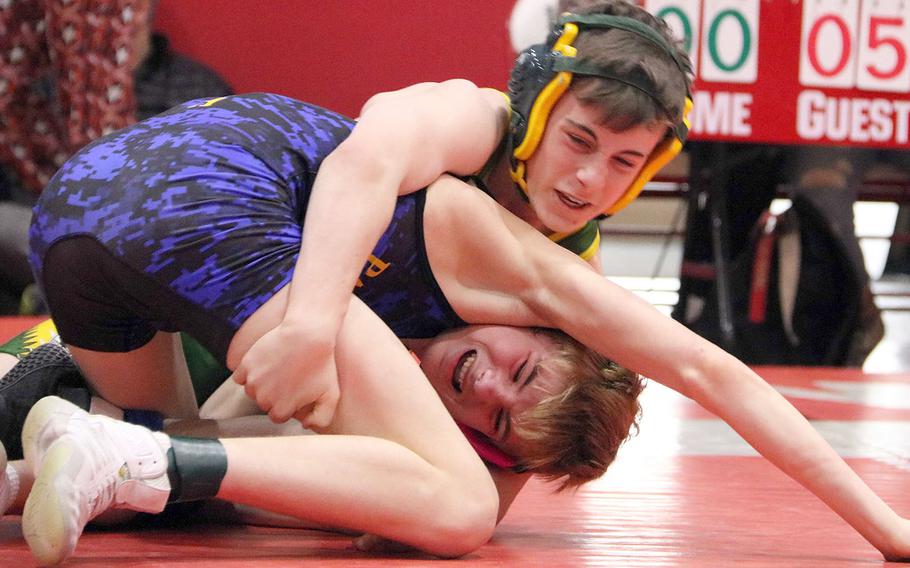 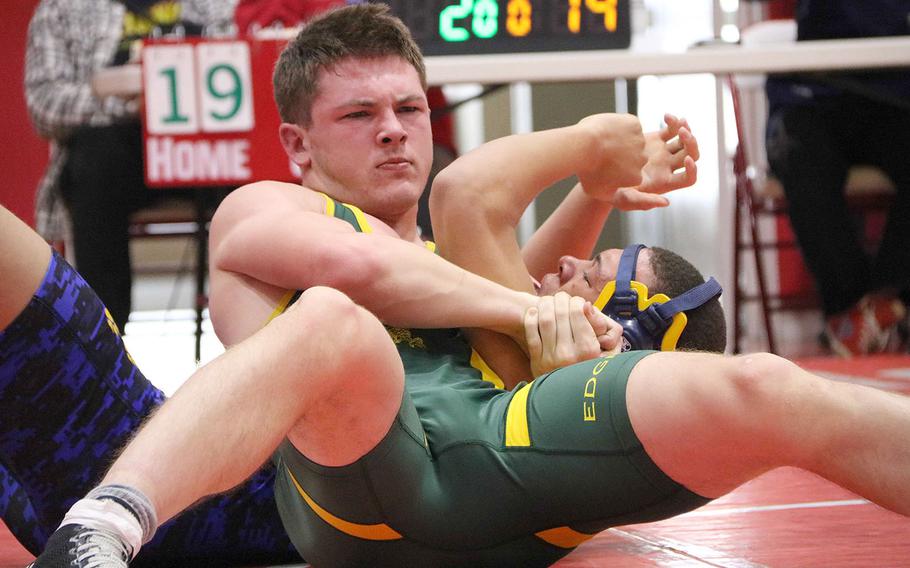 Justin Edmonds felt like his heart was in his throat for most of the meet Saturday, the Robert D. Edgren wrestling coach said.

It was a back-and-forth battle against Yokota with the Far East Division II dual-meet wrestling title on the line.

Not until 180-pounder Jason Dudley came off the mat victorious, pinning the Panthers’ Austin Fisher in 2 minutes, 34 seconds, did Edmonds say he could feel a sense of relief.

“Unbelievable. My heart is still racing,” said Edmonds, whose Eagles prevailed 33-24 over the Panthers.

It gave Edgren a sweep of both the dual-meet and individual-freestyle team titles for the first time since 2016, after which Edmonds took a two-year hiatus from coaching.

“Jason sticking that Yokota guy, that was a major task,” Edmonds said. “It could have gone either way, and it could have changed things drastically. To beat anybody from the Kanto Plain is a challenge. But I’m happy. The kids are happy.”

Edmonds had good reason to be happy. He won a Far East wrestling team title for the 11th time, and counting his titles in other Far East sports, he has matched former Kubasaki wrestling coach Jeff Pellaton with 13 total Far East titles.

“He’s gotten us something great,” said Edgren 215-pounder Chase Quigley. “Without him, we wouldn’t be the same team we would be. He’s everything for this program.”

Of the teams he’s coached in his 14 years at the Eagles’ helm, Edmonds calls this one one of his favorites. “They weren’t killers, but they worked really hard to get the job done,” he said.

But Cody Dettman pinned Yokota’s Mack Togan at 158 pounds, then Bradleigh McCollum beat Cameron Ewens by points for Edgren at 168, setting the stage for Dudley’s pinfall victory that clinched the meet for the Eagles.

Meanwhile, in the Division I dual competition, drama was hardly a bother as St. Mary’s cruised past Kubasaki 35-25 to win its 17th Far East team title, second behind only the Dragons with 26. Kubasaki edged the Titans for the D-I freestyle title on Friday.

Capturing the title was “a little different,” Titans coach Shu Yabui said. In the past few years, St. Mary’s was known as an individual freestyle team, not one built for dual meets, but the opposite was true this time around. And this was a rebuilding Titans team.

“It felt very special,” Yabui said. “I had never won just the dual meet” in one Far East. “It was a fresh feeling, but it was a hard three days for me.”