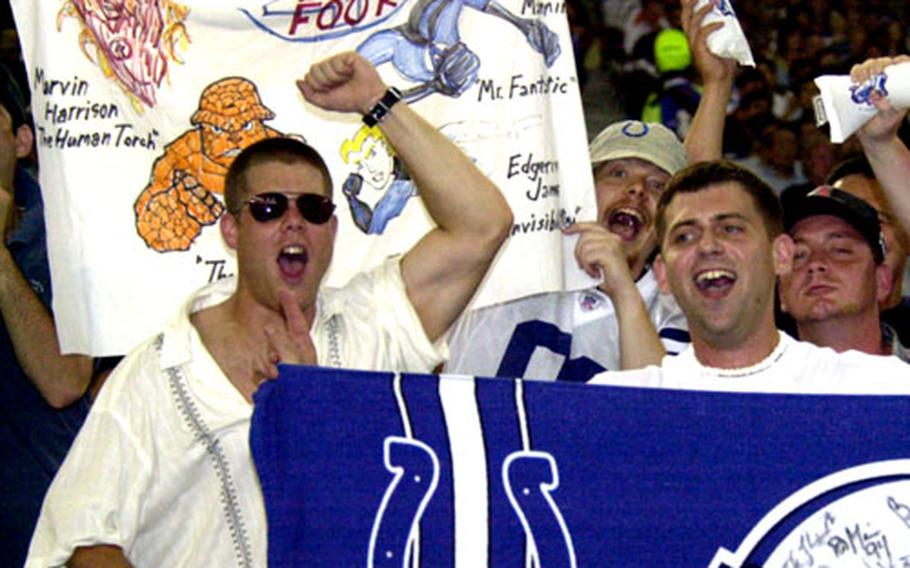 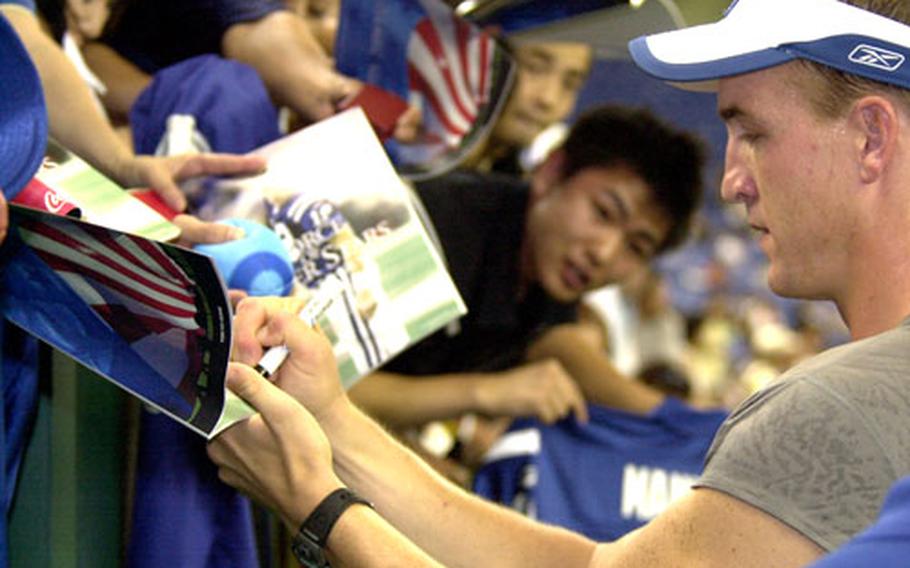 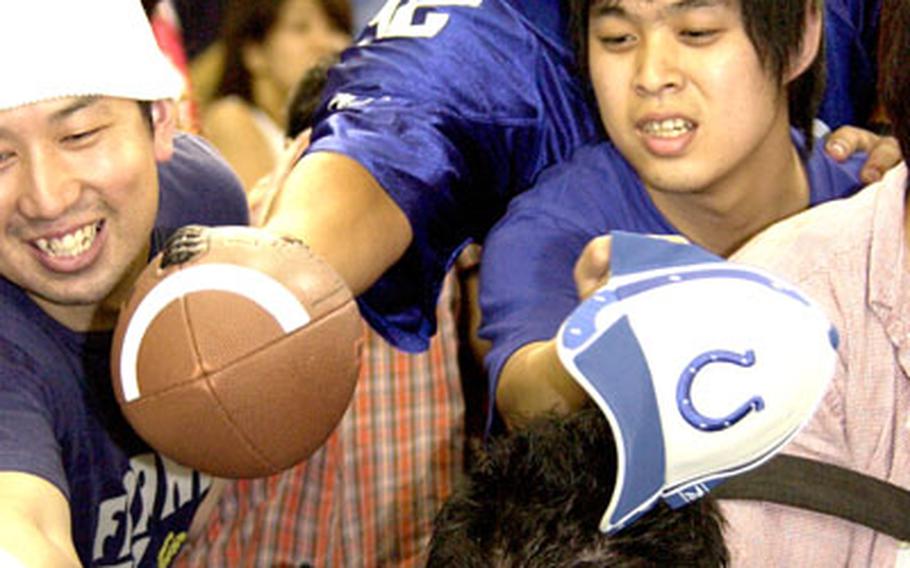 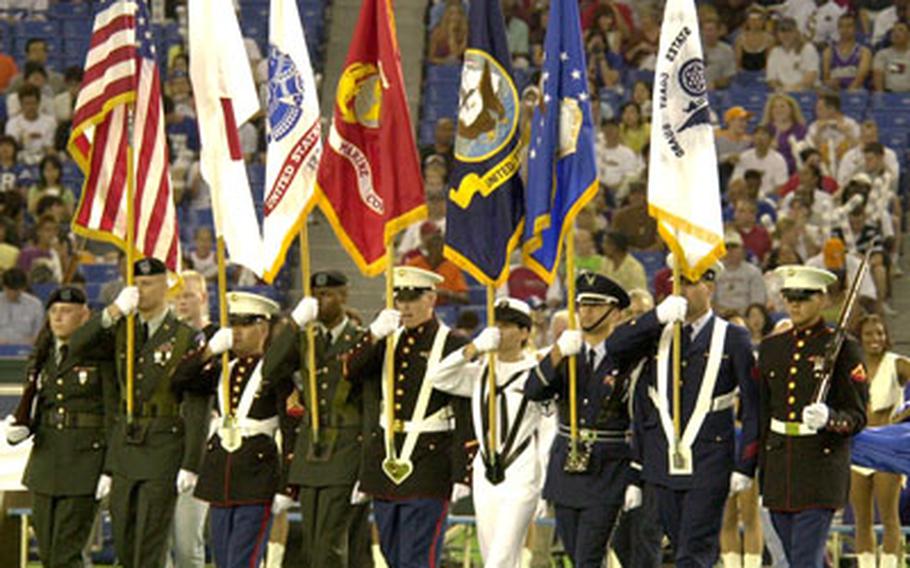 The Naval aviator based at Atsugi Naval Air Facility pushed and shoved his way between Japanese fans along the rail field-side at Tokyo Dome, seeking a signature from Indianapolis Colts quarterback and former NFL MVP Peyton Manning.

Finally, Manning, one of the centerpiece athletes of Saturday&#8217;s NFL preseason American Bowl, scribbled his signature on the football.

Given the number of U.S. servicemembers among the 45,203-plus fans gathered Saturday to inaugurate the 2005 NFL season, a lot of connecting was going on.

Other volunteers included 20 &#8220;exceptional sailors&#8221; from Sasebo Naval Base who carried the Atlanta coaching staff&#8217;s headphone cords. Also part of the pre-game ceremony were 10 servicemembers from all branches comprising the joint USFJ color guard that posted the colors at midfield.

Virtually from the NFL&#8217;s Wednesday arrival in Japan, military presence could be felt. For instance, &#8220;From the Bench,&#8221; a call-in sports talk show on AFN Eagle 810-AM and Yokosuka&#8217;s base community access Channel 7, filmed a segment at Tokyo Dome, interviewing both coaches and a handful of players.

And 50 single sailors from Yokosuka and 40 from Atsugi traveled to Tokyo Dome on Friday to watch workouts. They even held a reenlistment there: Petty Officer 2nd Class Henry Parker took the oath at midfield, surrounded by Falcons. &#8220;That was exciting,&#8221; he said.

Reichard praised &#8220;the way they opened this up to us. They sold tickets at Sagami at giveaway prices.&#8221;

Petty Officer 2nd Class Trey Fudge of Guam Naval Station fared even better. He won his ticket, from Navy Morale, Welfare and Recreation. &#8220;Had to come and support my Falcons,&#8221; said Fudge, of Macon, Ga.