Dribbling past a language barrier 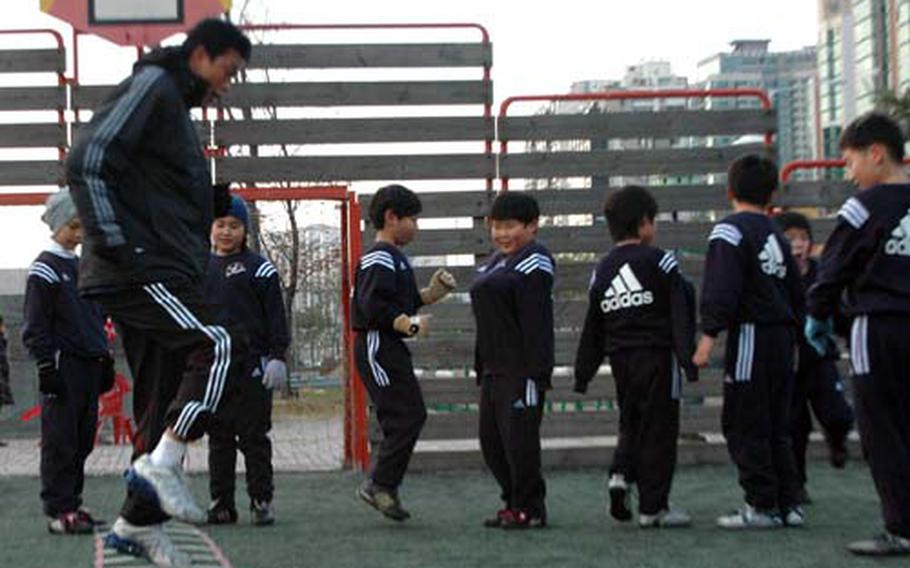 Camille Pereira (in blue hat) watches as her coach, Lee Sang-yoon, demonstrates a drill. Cami says she can follow his directions by watching rather than listening. Lee, who speaks only a little English, said Cami does fine following directions. (Teri Weaver / S&S)

Camille Pereira (in blue hat) watches as her coach, Lee Sang-yoon, demonstrates a drill. Cami says she can follow his directions by watching rather than listening. Lee, who speaks only a little English, said Cami does fine following directions. (Teri Weaver / S&S) 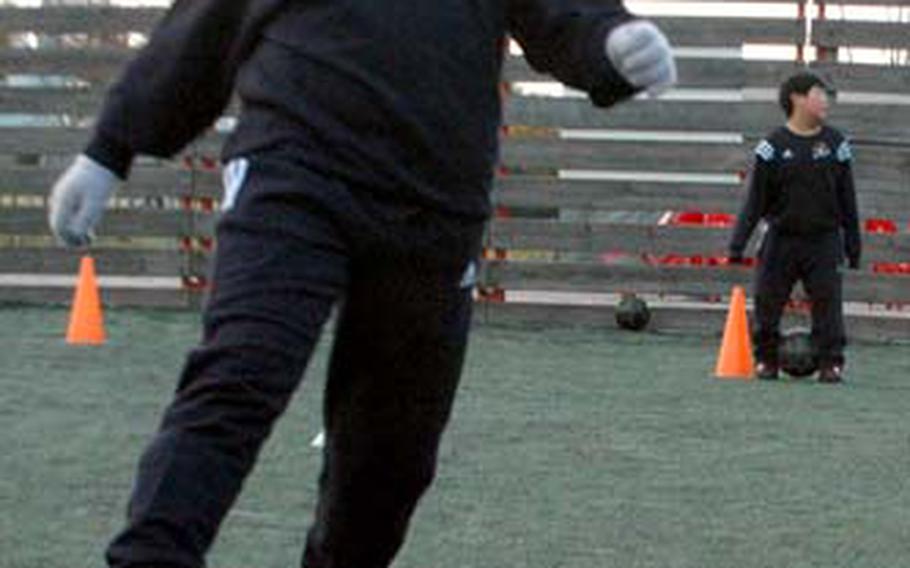 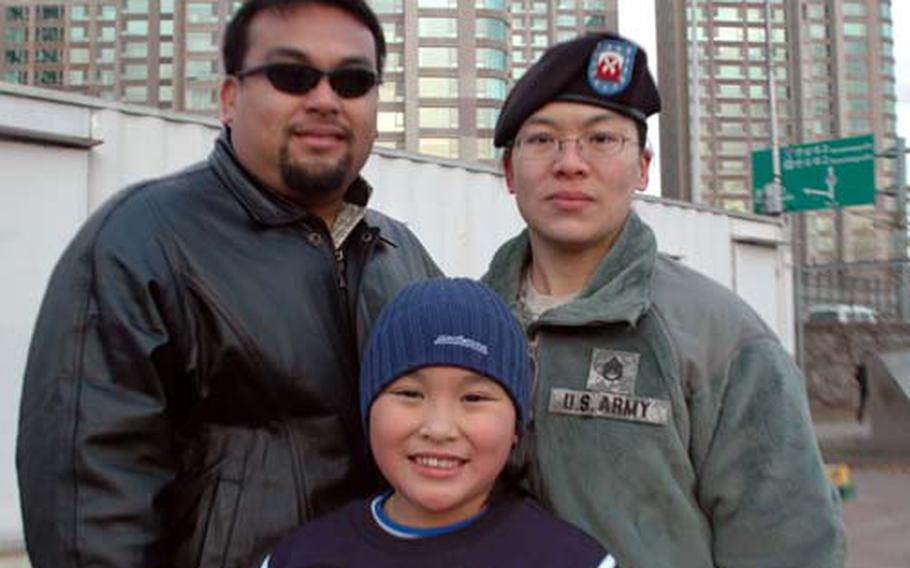 SEOUL &#8212; Camille Pereira is 8, and her life so far is a roster of sports, including T-ball, cheerleading and soccer.

She likes soccer so much she&#8217;s enrolled in an after-school program where the coaches and players speak only Korean.

"It&#8217;s a little hard," Camille, who goes by Cami, said of understanding the nuances of directions from her coach and teammates after practice last week.

But she and her coach, Lee Sang-yoon, have worked out a system involving body language and quick directions &#8212; run! kick! hustle! They both said it&#8217;s working just fine.

Lee said Cami plays like most 8-year-olds &#8212; with a lot of passion and developing skill. He said their lack of words rarely gets in the way.

"She is a good kid," Lee said through a translator.

Philip Perez, Cami&#8217;s father, heard about the school through a South Korean friend on base. He and his wife, Staff Sgt. Elizabeth Perez, said they signed Cami up shortly after arriving in Seoul in May because on-base sports leagues don&#8217;t play year-round.

From the very beginning, the school welcomed Cami and her parents, the Perezes said. Some of Cami&#8217;s teammates say they don&#8217;t mind having a girl in their class. But calling for a pass can be hard.

"She is not passing the ball when she has to because the language does not get through," said Lee Myung-hoon, 9. "Having a girl on the team does not matter to me."

"Actually she is a better soccer player than other kids," said Kang Tae-young, 10. "She runs fast and shoots hard."

Her mother, assigned to U.S. 8th Army&#8217;s Headquarters and Headquarters Company, said Cami also has learned differences between fouls in American-run games and on South Korean fields &#8212; where a little pushing is allowed.

Lee said he thinks most of the boys treat Cami like any other teammate.

"All I want in my class is for the kids to have fun," he said.