DODDS-Europe Track and Field Championships: K-town's Hyter ties one mark, takes aim at another on Saturday 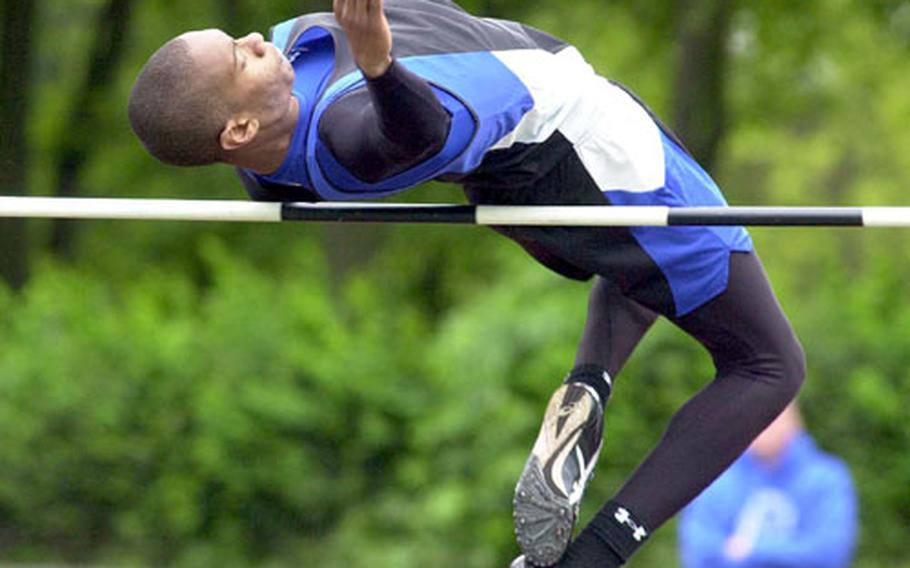 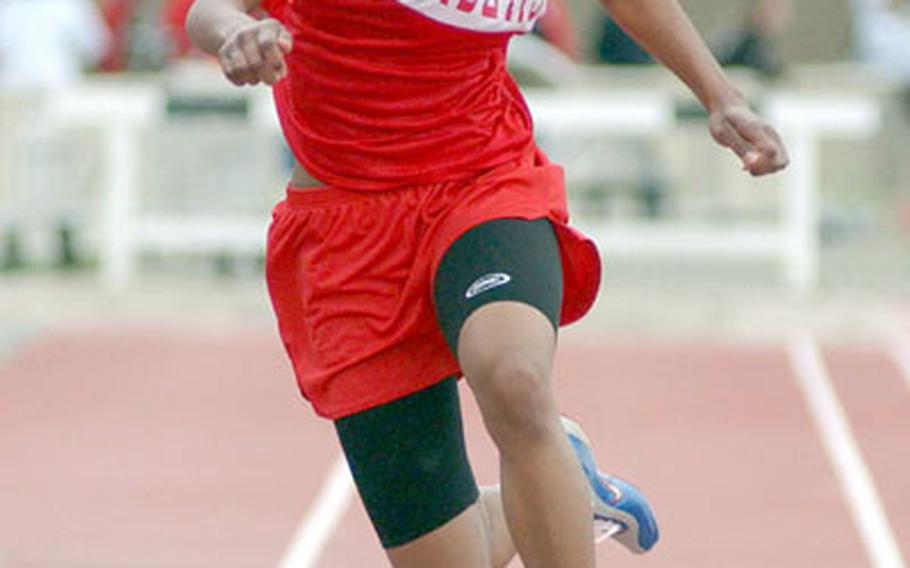 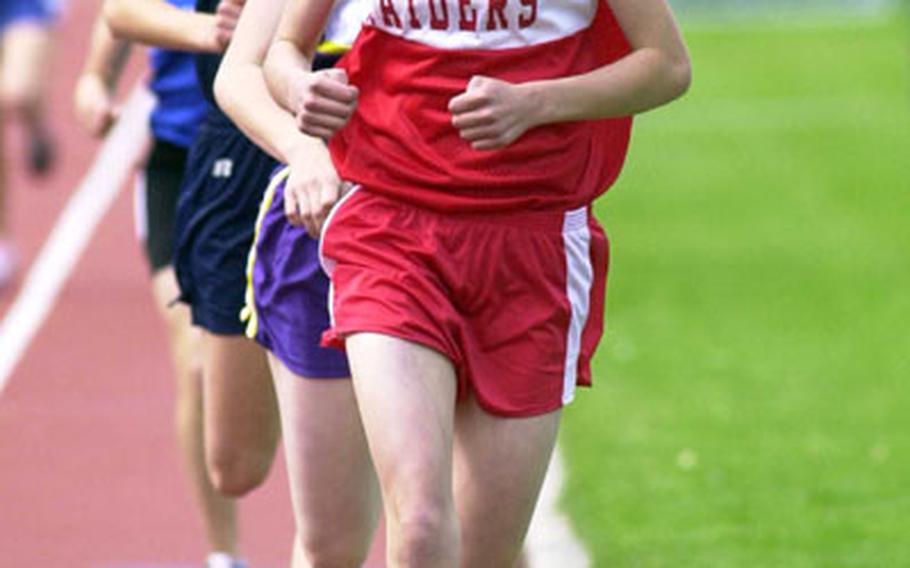 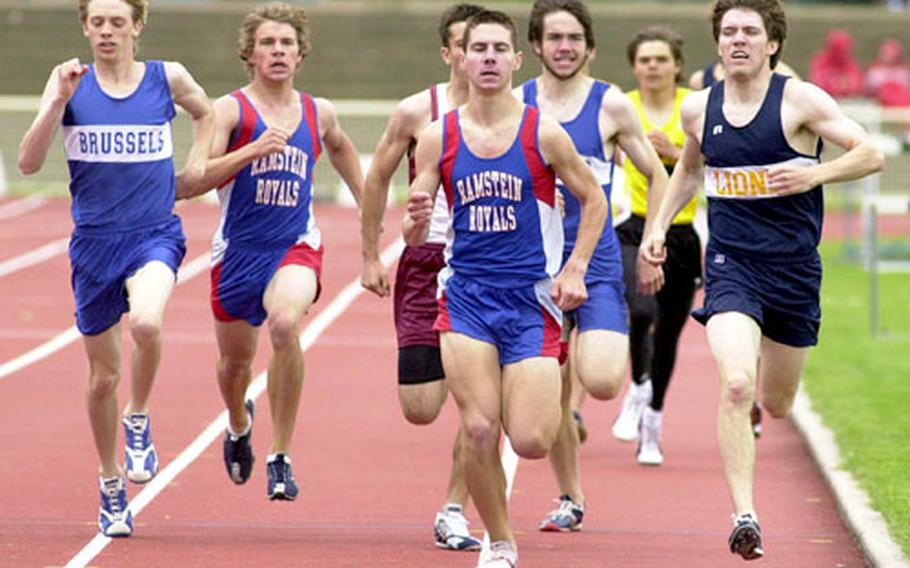 Runners head for the finish line in the 800-meter race at the DODDS track and field finals in Wiesbaden, Germany, on Friday. Ramstein&#39;s Kyle Southard won the race in 1 minute, 58.01 seconds. (Michael Abrams / S&S) 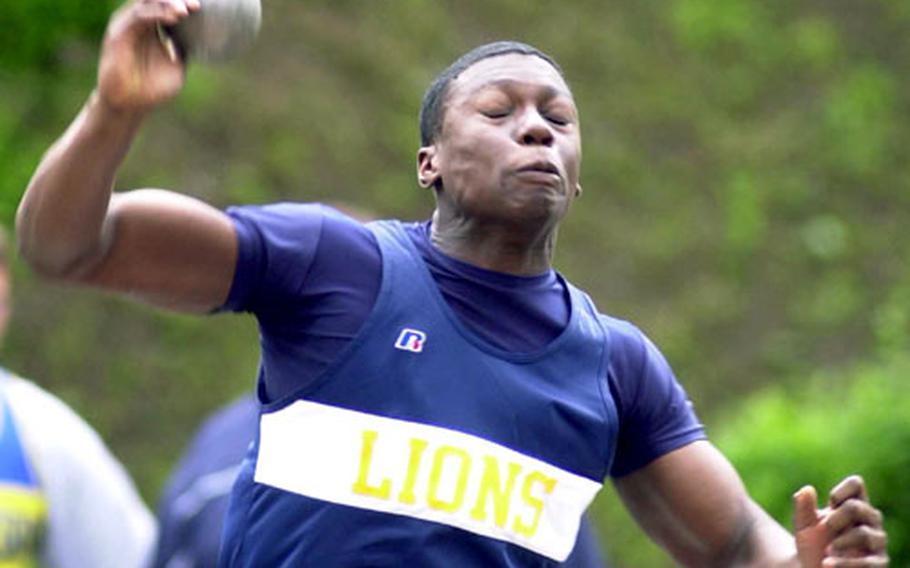 WIESBADEN, Germany &#8212; When it came to Kaiserslautern High School senior Lynndsey Hyter breaking the DODDS-Europe record in the 300-meter hurdles earlier this month, the lack of an extra stopwatch denied her the official record-breaking time.

On May 6, Hyter appeared to have broken the record at Frankfurt International School, clocking a time of 44.80, enough to beat the 45.50 standing record. But there wasn&#8217;t the required third watch, so Hyter was left without the record.

She&#8217;ll get the chance on Saturday to officially break that record during the second day of the DODDS-Europe track and field championship.

She came tantalizingly close to setting a triple jump record during the first day of events on Friday. At the Wiesbaden City Stadium, Hyter tied the DODDS triple jump record, soaring 38 feet, 6 inches to tie a record that has been in place since 1980.

Hyter, 17, was decidedly low key about her chances to break the 300 hurdle record on Saturday. She has won the event the past three years, and is now going for a fourth year of domination along with setting the time to beat. She almost beat the record during the 300 hurdle preliminaries on Friday, falling short by a fraction of a second.

Throughout a day of patchy sunshine, constant wind and intermittent rain, students from across Europe came to the championships on Friday to gain bragging rights and show off their competitive zeal.

Between congratulatory handshakes with other runners, Lakenheath High School junior Greg Billington said he had envisioned how he was going to win the men&#8217;s 1,500 meter finals.

Billington gripped it and ripped it in the final 500 meters, winning the race in front of Ramstein High School&#8217;s Danny Edwards and Kyle Southard, who placed second and third, respectively.

It took them a few laps for the four-girl team to get there. Kaiserslautern&#8217;s team of underclassmen came out of the gate hard in the first few laps around the track, but W&#252;rzburg caught and surpassed them in the end.

Wiesbaden High School&#8217;s team was out of the race almost immediately, as their first runner fell about halfway through the first lap. Ramstein, which has ruled the event for the past three years, placed second with a time of 10 minutes, 22.4 seconds.

In other first-day action:

Wiesbaden junior Michael Walker won the boys long jump with a mark of 213/4.Heidelberg senior Brandon Simmons took home bragging rights in the boys shot put with a mark of 48-111/4.Renata Porterfield, a senior at Ramstein, won the girls discus throw with a mark of 112-31/2, nearly seven feet farther than last year&#8217;s winner.Jason Parks, a senior at Hohenfels High School, won the boys high jump, clearing a bar set at 6-4.Ramstein senior Kyle Southard easily won the boys 800 meter run final with a time of 1 minute, 58.01 seconds.K-town freshman Colleen Smith won the girls 3,000 meter run, with a time of 10 minutes, 43.08 seconds.During the two-day championship, competitors, friends and parents are zealous in their passionate support of their team.

It&#8217;s easy to get fired up about the races, but the participants keep that competitive edge in check, Billington said.