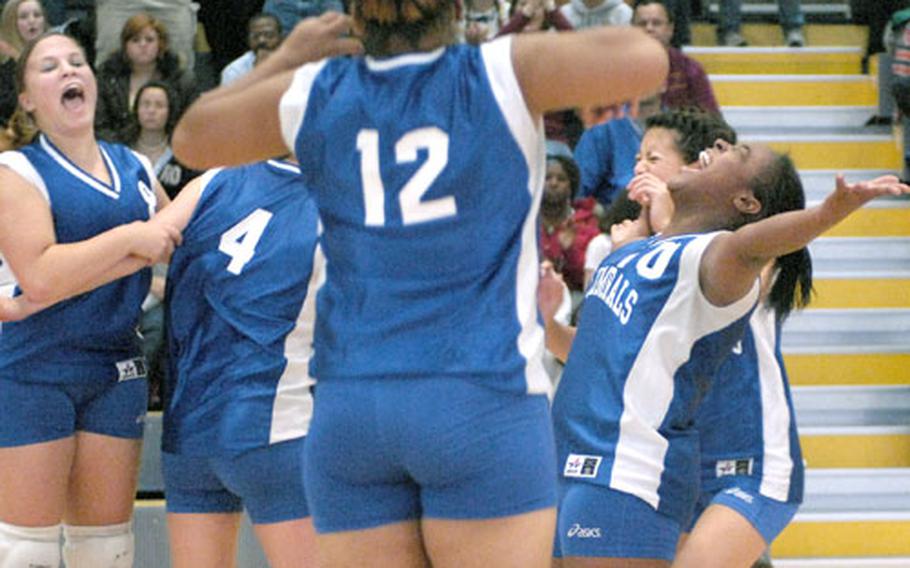 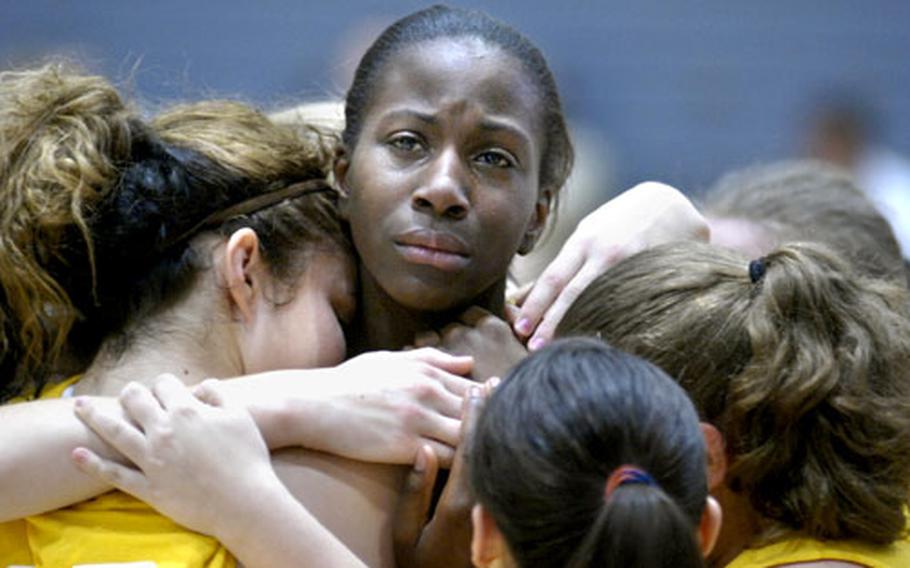 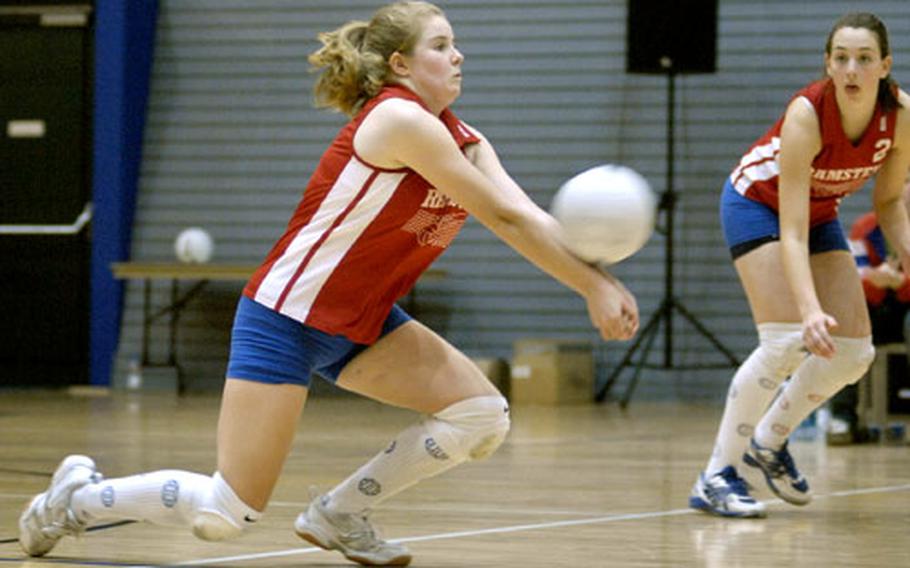 RAMSTEIN AIR BASE &#8212; An already boisterous crowd at Ramstein&#8217;s Southside Gym Saturday grew larger and louder as the final match of the DODDS-Europe girls volleyball tournament between neighborhood rivals Ramstein and Kaiserslautern was about to begin.

When it was all over, it was a three-peat and another Division I crown for Ramstein.

Senior Sierra Stayberg, one of the team&#8217;s leaders, was selected MVP.

The victory was payback for the Lady Royals, who lost to Kaiserslautern earlier in the tournament for their first defeat in two years.

Tiffany Hight, a powerhouse for Aviano all year long, was unstoppable at the net. She dominated on offense and defense, delivering mighty spikes and big blocks that made it difficult for SHAPE to score.

The match was marked by strong momentum changes as the teams took turns going on a roll. In the decisive game, it was Marymount, a private school in Italy, that got hot and stayed that way. Marymount sophomore Ilaria Montanari was selected MVP.

Though his team was visibly upset by the loss, veteran Baumholder coach Mike Reilly said his players would &#8220;bounce back quick.&#8221;

Division IV: Rota&#8217;s 25-19, 25-22, 25-18 sweep of Hanau gave the Lady Admirals their second consecutive DODDS-Europe championship. Last year, Rota won the D-III crown; this year, because of changes in enrollment, it played in D-IV.

Though Rota maintained its lead throughout the match, Hanau, the third seed, managed to keep the games close.

Rota&#8217;s team spirit seemed to bring an element of cohesiveness to its play.

About 500 students and spectators packed the gym to watch the title games. Ramstein and Kaiserslautern factions could easily be seen and heard during the final match.