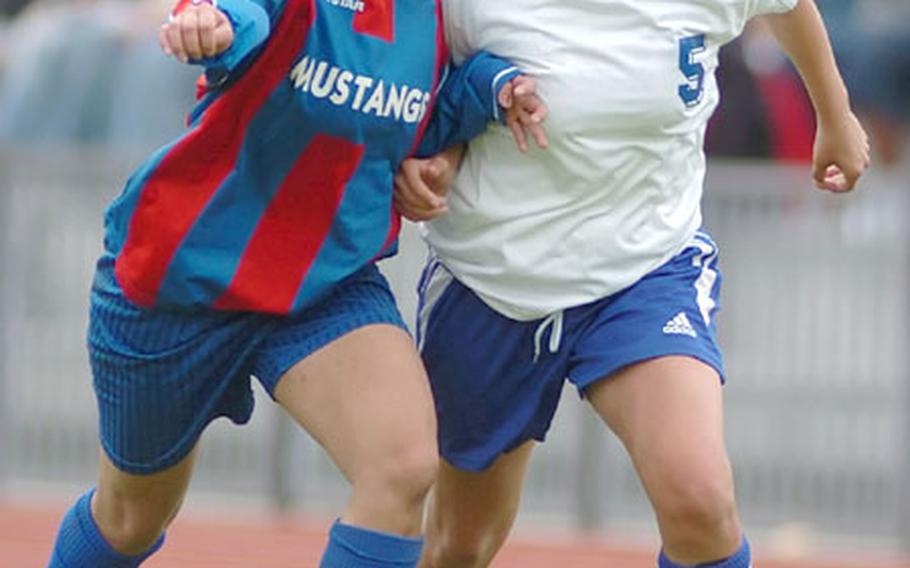 Editor&#8217;s Note: A correction for this story has been issued since its original publication.

RAMSTEIN AIR BASE, Germany &#8212; Brianna Fitch and Michelle Rosas each scored twice Friday as Brussels repeated as Division IV girls soccer champion with a 5-1 victory over Menwith Hill in the title game.

Rosas scored the opening goal at the 12-minute mark by putting a shot into the upper right corner of the goal. Christine Exner&#8217;s goal then made it 2-0.

Fitch scored her first goal from 20 yards out.

Rosas scored again after some quick moves to make it 4-0 at halftime.

Menwith Hill&#8217;s Nicole Romero got her team&#8217;s only goal early in the second half by kicking the ball into the bottom right corner.

Friday&#8217;s meeting was the fourth of the season between the teams. The Lady Brigands topped the Lady Mustangs 3-1 on March 25 and the squads tied on April 29. They met in earlier tournament play Thursday with Brussels earning a 2-1 victory.

The road to Brussels&#8217; repeat included victories over Ankara, Iceland, Menwith Hill and Giessen in this year&#8217;s tournament.