DODDS-Europe Girls Division I soccer: Another shootout in the finals, but this time Heidelberg wins 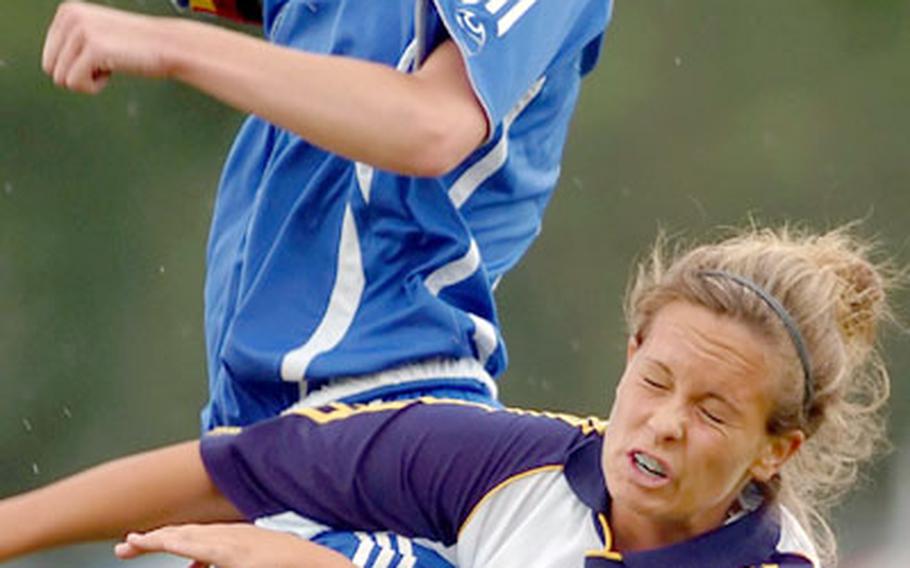 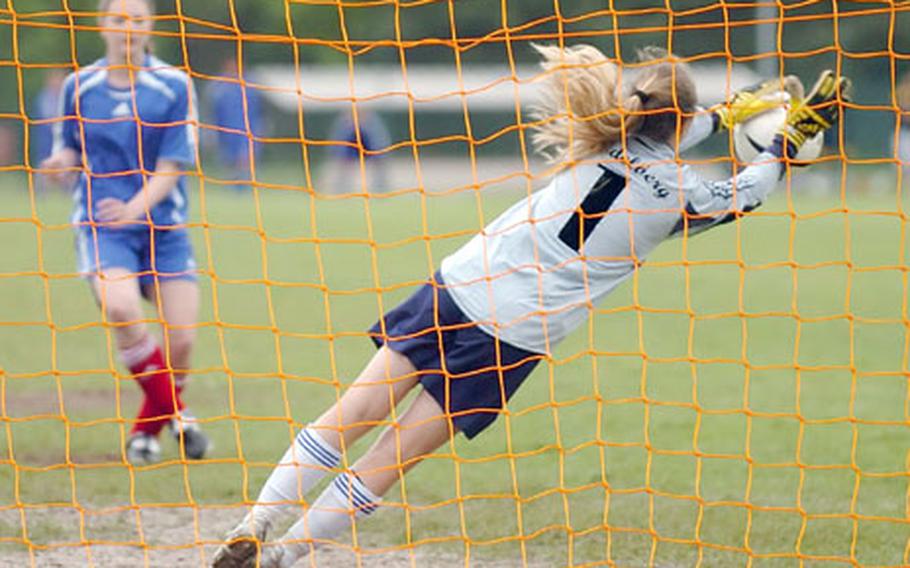 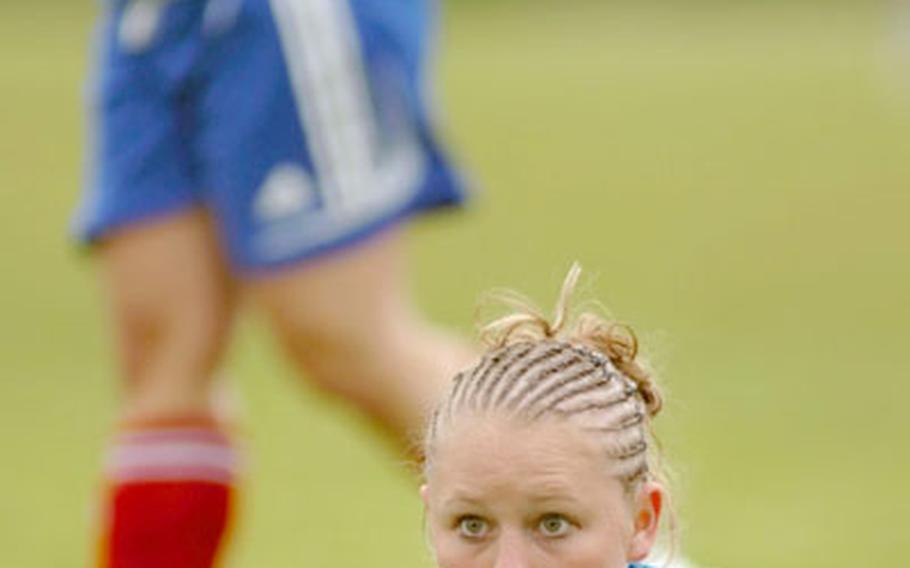 Ramstein goalie Dallas Norman breathes a sigh of relief after making a big save against Heidelberg. (Raymond T. Conway / S&S)

For the second year in a row, the Division I girls soccer championship game pitted Ramstein against Heidelberg.

For the second year in a row, the game went to double overtime.

For the second year in a row, the game was decided in a shootout.

But this year, Heidelberg emerged victorious Friday evening, winning 5-4 in a shootout. Ramstein could not successfully defend its title, giving the undefeated Lady Lions their fifth title in six years.

Prior to the title game, the Lady Royals&#8217; only loss of the season had come to Heidelberg.

From a weather standpoint, the game remained relatively dry. A pre-game shower dampened the field, and a brief sprinkle at the 10-minute mark had fans opening umbrellas.

Ramstein seemed to have a stronger second half with several shots on goal including nice looks by Sarah Moore and Katie Francis, but the Heidelberg defense denied the Lady Royals.