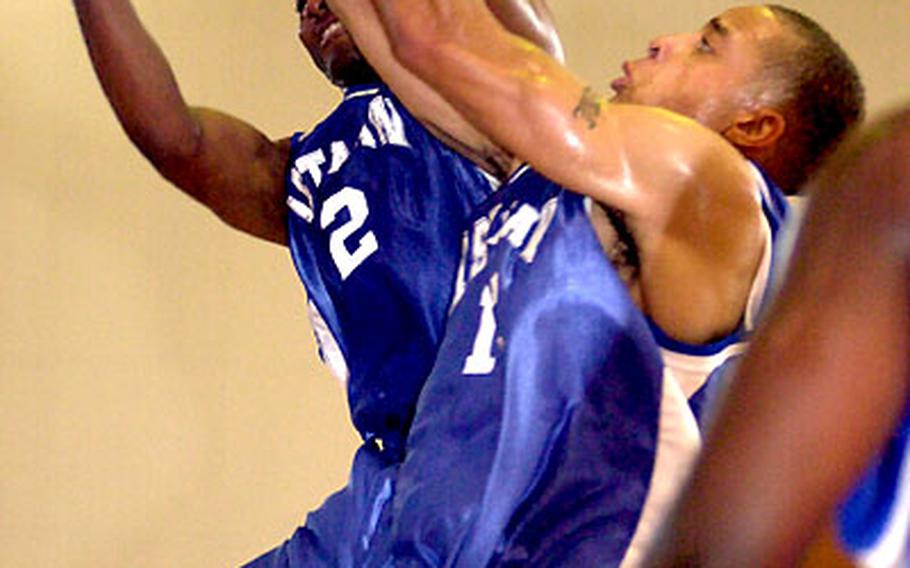 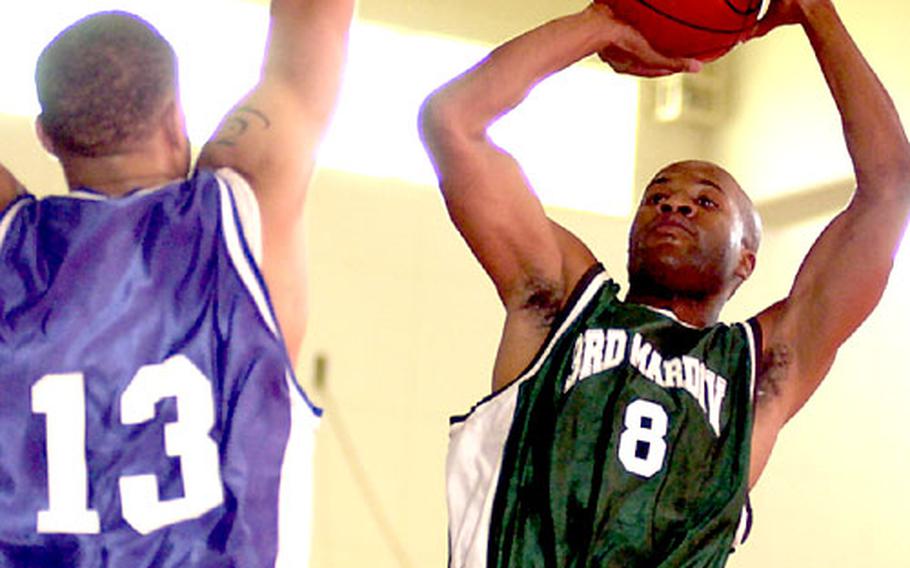 The championship-winning coach collapsed and died of a massive heart attack March 27, while deployed to Camp Wolverine in Kuwait. He was 37.

Toney &#8220;was a great coach, a great mentor. He had a lot of knowledge of basketball,&#8221; said Division center Marcus Ellis. He said Division is dedicating its tournament effort to Toney, a master sergeant who coached Division to the Marine Forces Pacific Regional Basketball Tournament title in 2002 and second place last year.

Ellis and Davis were part of a Division squad that captured its second straight Marine Regional crown; their first came in 2000, but the 2001 tournament was called off due to the Sept. 11, 2001, terror attacks. Division upended 3rd Force Service Support Group 60-51 in the 2002 final.

Along the way, Division upended Marine Corps Base Hawaii 79-78 in a round-robin game. The coach of that Hawaii team, Greg Mitchell, now with Okinawa&#8217;s 1st Marine Aircraft Wing, said that loss helped fuel Hawaii&#8217;s drive for the 2003 title and created a rivalry of sorts with Toney.

Hawaii, with Mitchell at the helm, defeated Division 85-75 for the championship last July. On Tuesday, Mitchell&#8217;s Wing team faced off with Division, winning 76-68, a victory that Mitchell termed bittersweet.

Toney is survived by his wife, Delores Baise, and their twin 4-year-old daughters, Tiara and Tiana.