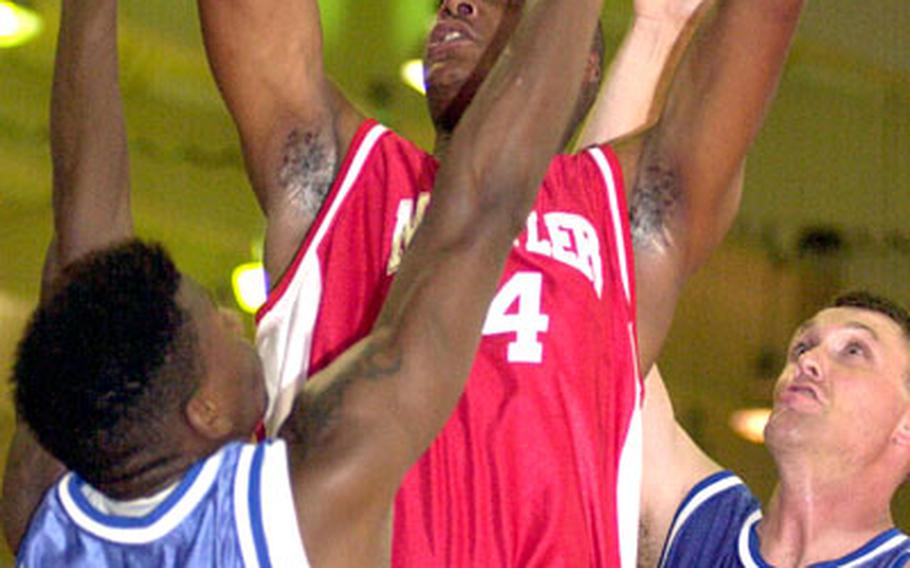 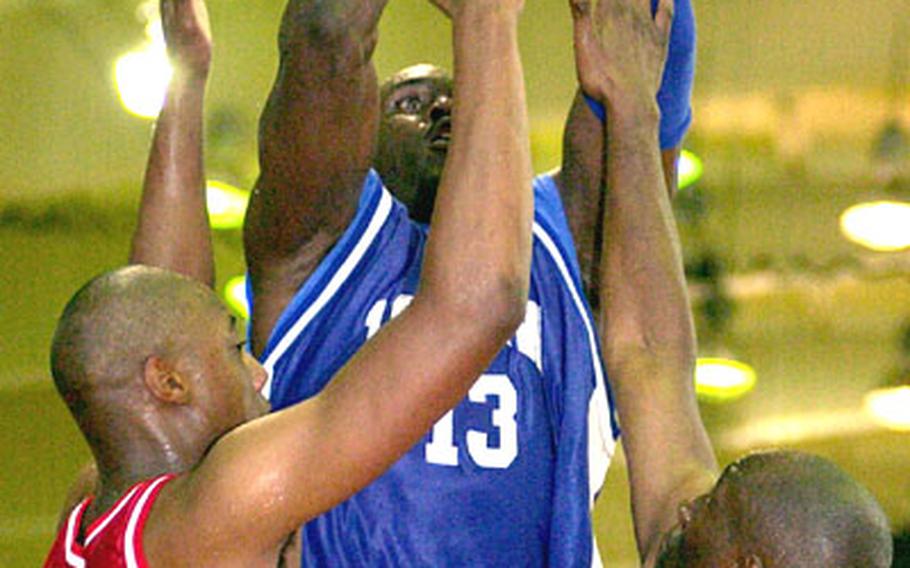 Earlier, defending champion Marine Corps Base Camp Butler reached its second straight championship game berth by rallying from a 12-point first-half deficit to upend 1st Marine Aircraft Wing 71-50. Division was to play Base for the title on Friday night.

En route to his tournament-record 11 three-pointers, Noble helped 3rd Force raise first-half eyebrows. He scored 24 points and nailed six threes, including a shot from downtown making it 47-33 at halftime and giving 3rd Force its biggest lead.

Division&#8217;s Lawrence Leach&#8217;s two steals on consecutive 3rd Force possessions led to baskets by Scott and Wheeler that tied it 61-61. Then Scott followed with a three-point play that put Division ahead to stay, 64-61, with 9:10 left.

Division outscored 3rd Force 38-11 after going behind by 14 at intermission.

Duty had kept center Eric Kaurenen off the court and out of Base&#8217;s lineup all week. When his command finally OK&#8217;d him playing, Kaurenen proved the boost Base needed to return to the title game.

Coach Johnie Hamilton credited Kaurenen and a first-half lineup change for the turn-around. He put Kaurenen on Wing forward Josh Reaser, who had 10 of his 12 points in the first half.

Kaurenen might have suited up for Wing had he not deployed to Camp Hansen to a unit attached to Marine Corps Base Camp Butler. Tournament bylaws state that a Marine&#8217;s current unit of assignment dictates his team.