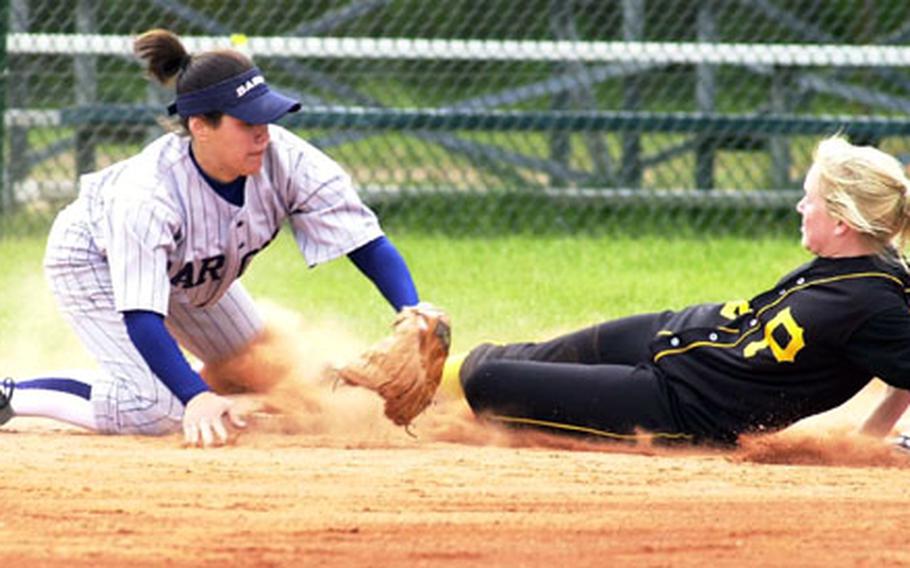 RAMSTEIN AIR BASE, Germany &#8212; Patch ended Bitburg&#8217;s bid for a fifth straight title Saturday with a 9-2 victory in the Division II softball championships.

Freshman Elisa Nieves helped put the game away for the Panthers with a triple in the bottom of the fifth inning that drove in Meredith Beatty for a 6-2 Patch lead.

Then, in a flashy show of gumption, Nieves stole home to make it 7-2. She slid into home on her belly, since she was favoring an ankle she sprained during a game on Friday.

Despite skillful fielding, Bitburg&#8217;s hitters had a hard time answering Lalau&#8217;s lightning pitches. When they did, the Panthers pounced.

The Lady Barons&#8217; Kazimer was in control of the Panthers hitters at times, but said she was struggling through pain from a shoulder dislocation.