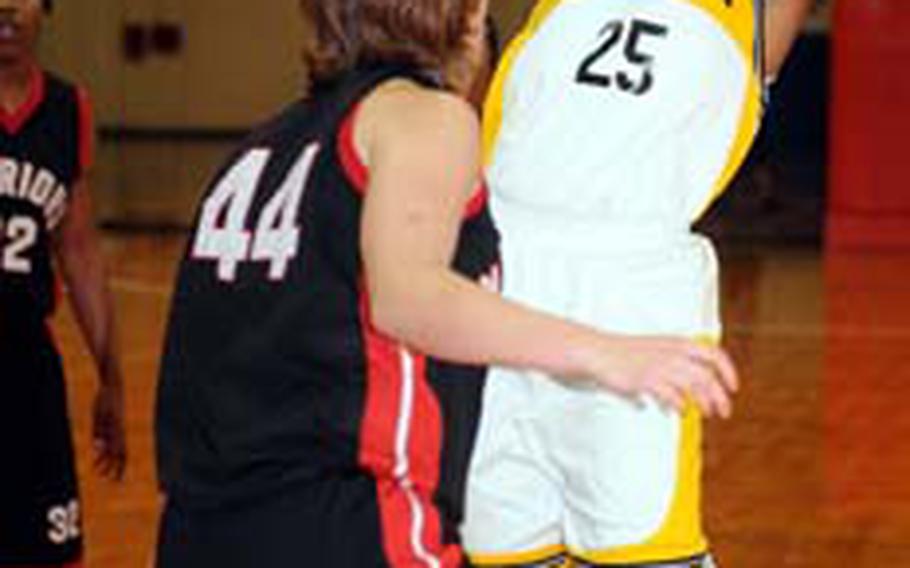 The high schoolers stepped into the world of adult ball this weekend in the 16th Martin Luther King Invitational Tournament for post-level and open teams composed of adult players.

Players and coaches from both sides of the aisle called it a win-win situation for each side.

The prep players spent the weekend going up against bigger, quicker and more physical opponents, which coaches and players say can only help with their preparation for next month&#8217;s Far East tournaments.

In addition to physical toning, players said the MLK helps with mental preparation.

The adult teams enjoy the challenge of maintaining an edge against prep teams that they may take too lightly before stepping on the court, one assistant said.

The MLK, a single round-robin and double-elimination playoff tournament, runs through Monday afternoon at the Foster Field House.

&#8220;It was ugly, but we pulled out a win,&#8221; said coach Mike Adair, whose Red Devils had four players enter the fourth quarter with four fouls; his son, Josh, fouled out.

After turning the ball over 32 times in a Wednesday loss to Seoul Foreign, Seoul American&#8217;s boys cut that number to 10 in a 60-23 rout at Seoul International on Friday.

Christian Academy Japan improved to 15-1 on the season, best in Japan, behind Charlie Hancock&#8217;s four three-point goals and 28 points in a 66-48 home victory over American School In Japan. Miles Peterson had 21 points for CAJ before leaving with a slight concussion in the fourth period.