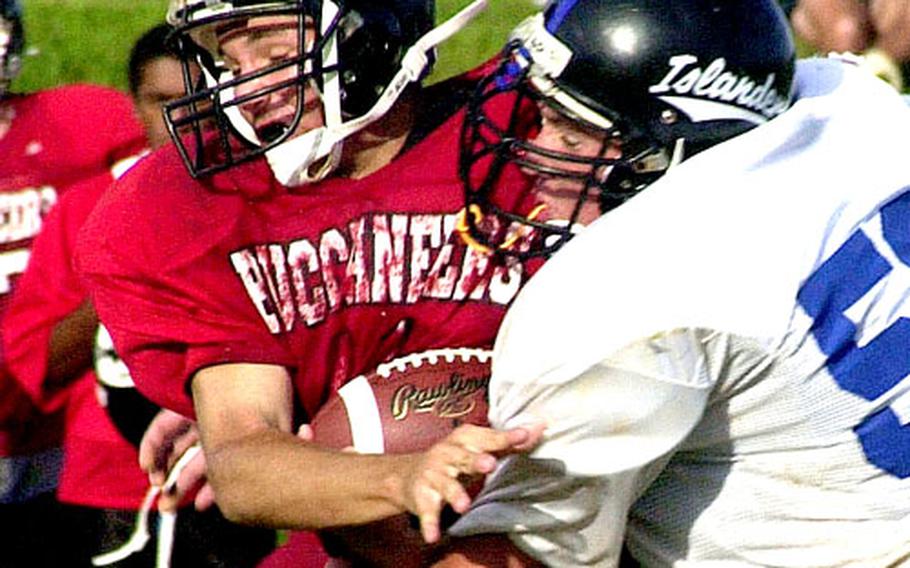 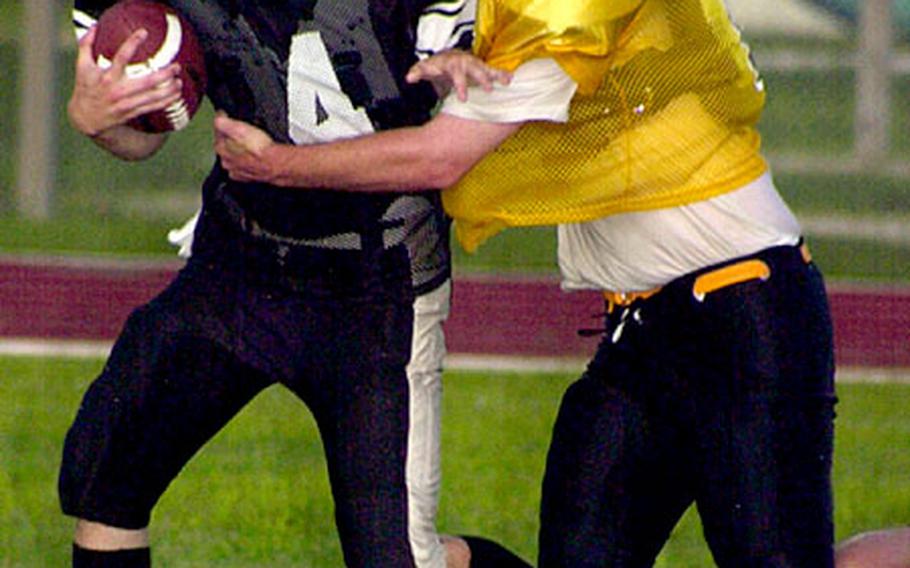 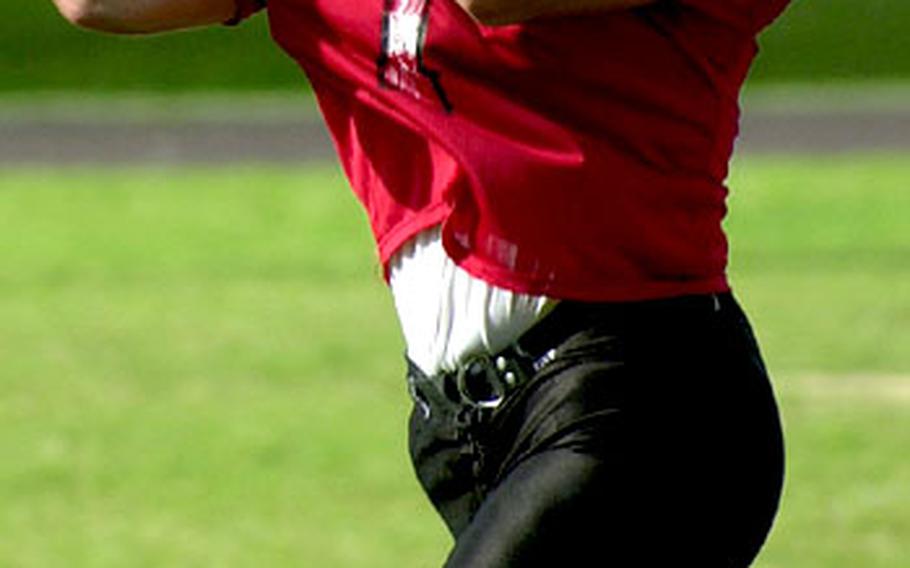 Defense and special teams dominated the action in the Okinawa High School Athletic Association football season openers on Monday, three days later than scheduled because of a typhoon.

Chris Robinson returned an interception 101 yards for a touchdown and Nick Leemaster forced two fumbles and had two sacks as the Kubasaki Shogun throttled the defending league champion Kubasaki Samurai 27-6.

Meanwhile, Enrique Ferreira fell on a bad punt snap in the end zone for the game&#8217;s only score, and Chris Underwood squelched two drives with interceptions to boost the Kadena Islanders past the 2001 champion Kadena Buccaneers 6-0.

CAMP FOSTER, Okinawa &#8212; Robinson&#8217;s interception return for a touchdown thrust a dagger through the Samurai, who held the ball for 8&#189; minutes while driving for what would have been the tying touchdown. Instead, Robinson gave the Shogun a 14-0 lead on the first play of the second period.

The Shogun also got a defensive and special-teams boost from junior Nick Leemaster, who had eight tackles, two sacks and two forced fumbles and kept the Samurai pinned back with his punting.

The Samurai&#8217;s Sean Vaught broke up the shutout with a 19-yard scoring run with 1:41 remaining.

KADENA AIR BASE, Okinawa &#8212; Ferreira followed a host of players dashing after a bad snap that sailed over the head of Buccaneers punter Thomas Armani into the back of the end zone, and &#8220;fell on it and held it tight, like a baby,&#8221; he said.

Those proved to be the only points the Islanders needed. They were outgained 159 yards to 78 on offense but forced five turnovers and had two sacks to keep the Buccaneers out of the end zone.

Islanders head coach Sergio Mendoza said the victory was a great lift for a team that was a combined 1-15 the past two seasons.

The victory wasn&#8217;t easy, as the Buccaneers repeatedly drove toward the Islanders end zone, only to come up empty.

&#182; Underwood snagged an interception and returned it 71 yards to short-circuit a first-half drive by the Bucs to the Islanders 20.

&#182; Dave Leoso knocked the ball loose from quarterback A.J. Morgan and Grady Pennell fell on it after the Bucs pushed to the Islanders 40 in the fourth period.

&#182; And Underwood slammed the door on the Bucs with a last-second interception after Morgan had tossed a 63-yard bomb to Tyler Schmidt, putting the ball at the Islanders 16 in the final seconds.