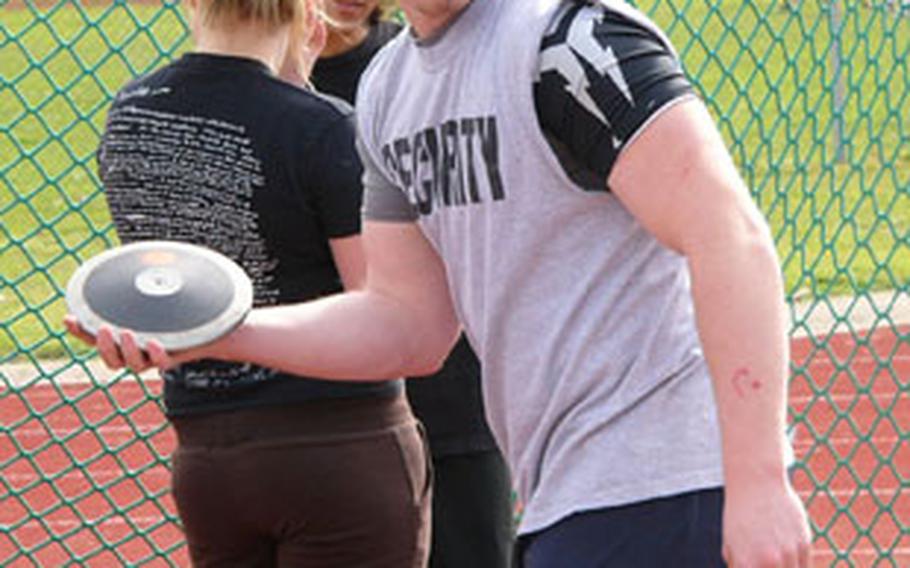 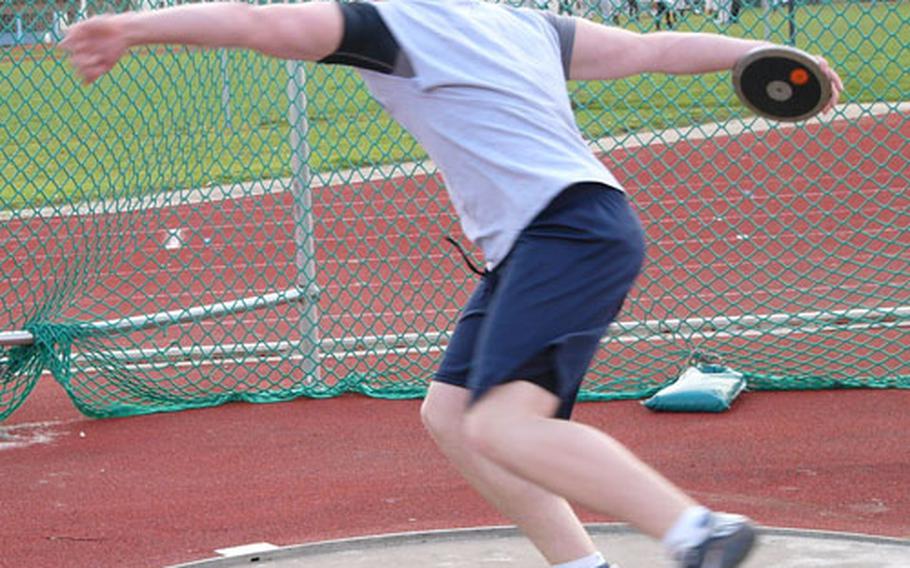 Patrick Hess threw over two feet farther Saturday than he did last May when he won the European discus gold medal with a heave of 125 feet, 1½ inches. (Rusty Bryan / S&S)

HEIDELBERG, Germany &#8212; Anyone with designs on the European discus gold medal that Heidelberg&#8217;s Patrick Hess won last May with a heave of 125 feet, 1&#189; inches better have worked hard in the offseason.

More time, it turned out, turned into more effort, too.

The work paid off Saturday in the first meet of the season when Hess posted a toss of 127-9. The closest anyone else came to that mark on opening day was 111-2&#189; by Dewayne Newby of Naples.

Hess said he knew that the winning throw would measure well as soon as he let it go.

For the intricate choreography of the discus, getting everything right is a constant battle. The technique requires all the moving parts of, say, a golf swing taken with a running start and a 3&#189;-pound plate in hand instead of a Big Bertha driver.

Hess, who has attended summer camps in the event and invested in his own discus in his drive to progress, said the learning process never ends.

Hess said he took up the event as a freshman in Fairfax, Va.

Hess&#8217; arms might have steered him toward the event, but it&#8217;s his head and heart that have helped him improve, said Heidelberg weight coach Ron Smith.

Hess has fire, too, the coach added.