Defending champ Hawaii shows ex-coach it's getting along fine 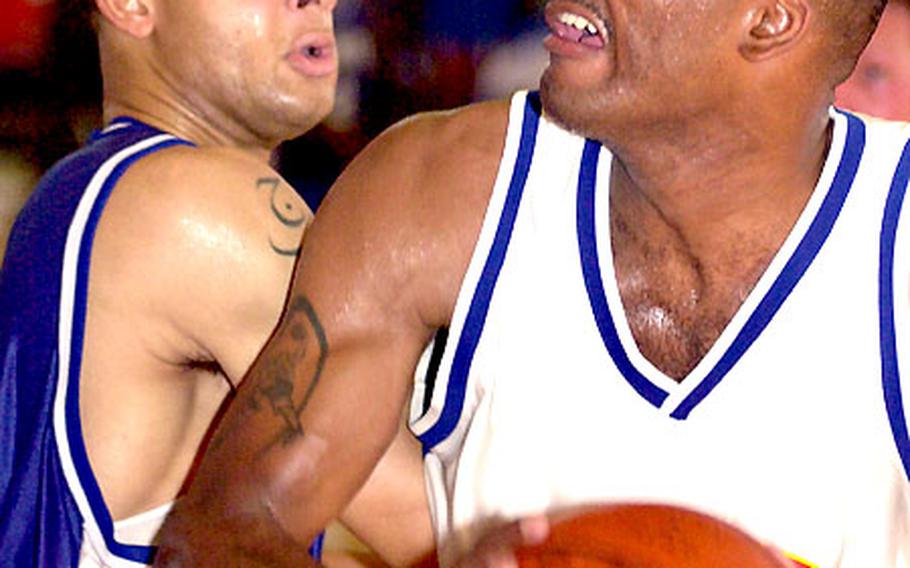 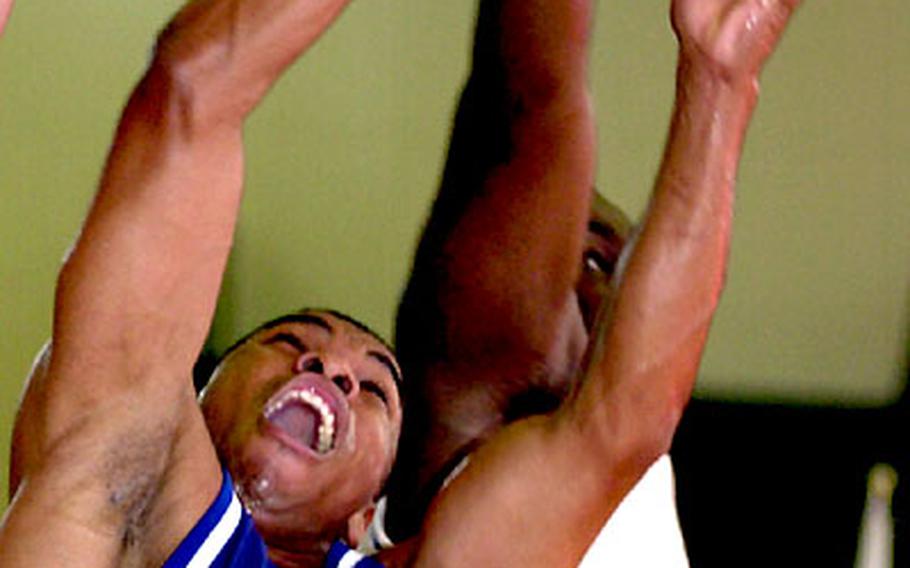 Guard Kevin Cochran (1) of Okinawa&#39;s 1st Marine Aircraft Wing has the ball knocked out of his hands by a Marine Corps Base Hawaii defender during Monday&#39;s game. (Dave Ornauer / S&S)

CAMP KINSER, Okinawa &#8212; It was time for the former apprentices to school their old master at the Marine Forces Pacific Regional Basketball Tournament.

Defending champion Marine Corps Base Hawaii took the lead for good with a 13-0 run late in the first half and beat Okinawa&#8217;s 1st Marine Aircraft Wing 83-75 on Monday, beating their ex-coach Greg Mitchell in the process.

Mitchell, who transferred to Okinawa last fall and assumed Wing&#8217;s helm for this tournament, shared coaching duties with Guy Woodard in the past two regional tournaments, with Hawaii winning the title last July 85-75 over Okinawa&#8217;s 3rd Marine Division/Expeditionary Force.

&#8220;It was fun. Good game,&#8221; Mitchell said of Monday&#8217;s matchup, adding that the challenge of outwitting his former colleague made the contest all the more interesting.

What began as a see-saw battle, with seven lead changes and five ties in the first half, ended with Hawaii threatening to make it a blowout, leading by as many as 16 points.

Wing&#8217;s loss came during round-robin play; there&#8217;s every chance the teams might meet again in the single-elimination playoffs, beginning Thursday.