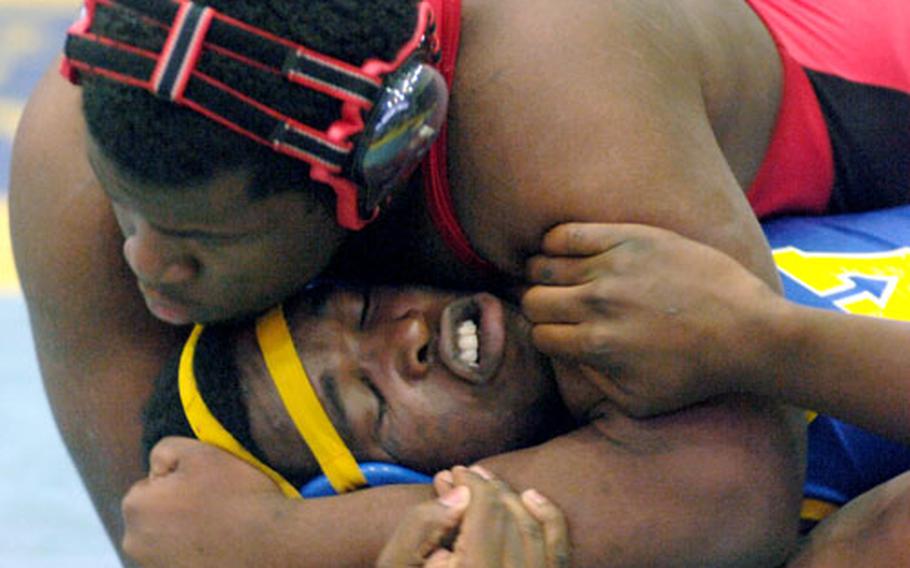 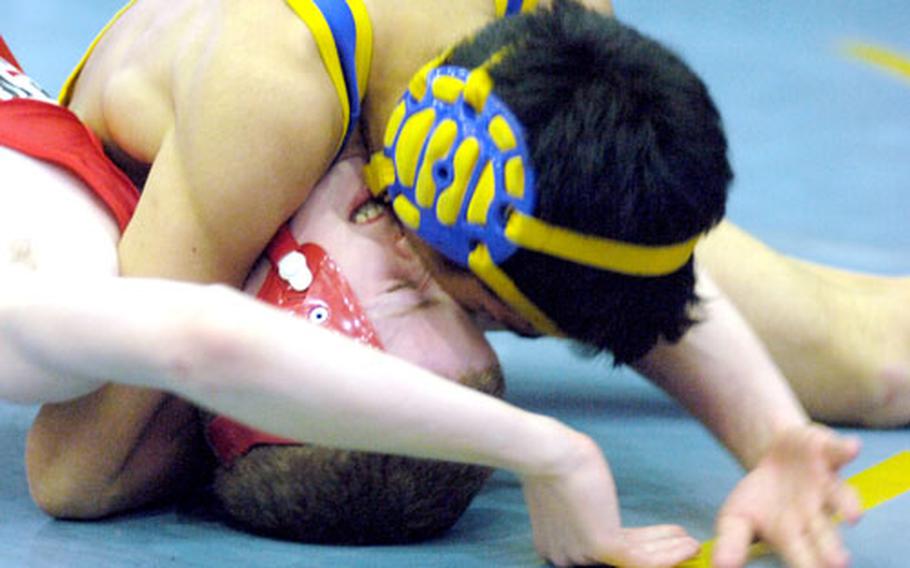 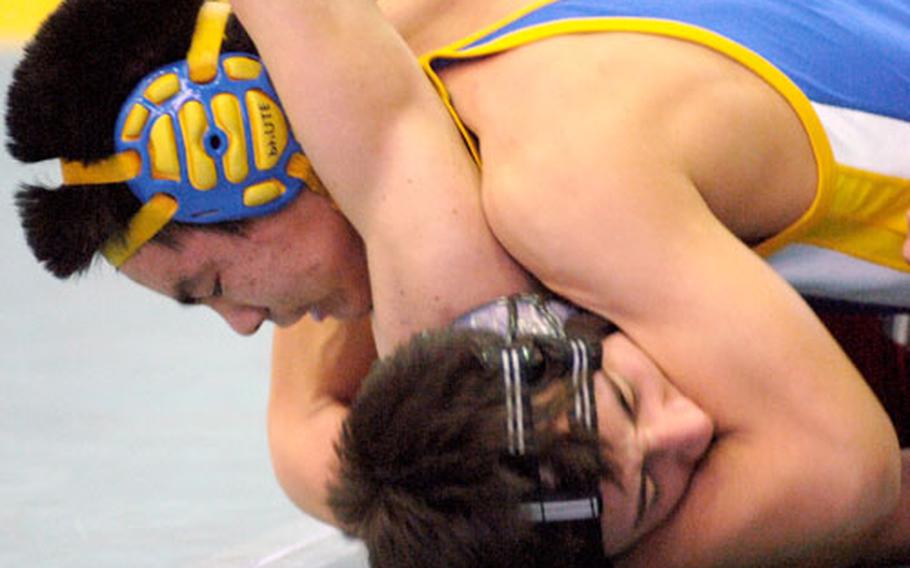 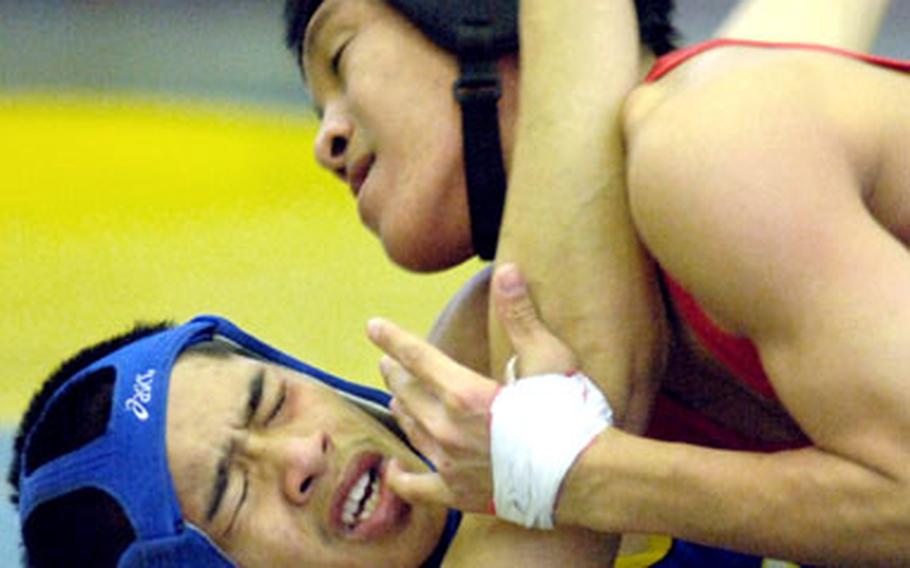 Bobby Antonio of Nile C. Kinnick pins Patrick Pamintuan of Yokota in 1 minute, 35 seconds in the 115-pound chanmpionship match. It was Pamintuan’s first loss in in one-and-a-half seasons. (Val Gempis / Special to S&S)

Assuming that Yokota&#8217;s wrestling program simply rides the coattails of three defending Far East champions and another returning semifinalist would be easy. But coach Brian Kitts says that&#8217;s the furthest thing from the truth.

Defending Far East champions Jason Rodriguez (122 pounds) and Zach Dopslaf (180) each won their bouts by pin, while 215-pound semifinalist Jim Scott won by decision. But Kitts also cited pins by Nick Guzman (108) and Kyle Shimabukuro (141) and a superior decision by Robert Rodell (129) as keys to victory.

It was the last tuneup before Saturday&#8217;s Nile C. Kinnick Invitational &#8220;Beast of the Far East&#8221; Tournament, the only in-season tournament featuring Department of Defense Dependents Schools and international school teams from all areas of the Pacific.

Seoul American suffers another scareAfter years of dominating the DODDS Korea League, Seoul American is finding itself fending off upset bids on a weekly basis. A week after surviving Osan American 34-23 in a tri-meet at Osan Air Base, the Falcons outlasted Taegu American 34-29 in the fifth of six regular-season tri-meets, this one Saturday at Seoul American.

Rather than focusing on win-loss records, Harden said, the three squads are emphasizing preparing as best as they can for the Feb. 16-18 Far East tournament at Yokosuka Naval Base.

The tactic has been successful, he said.

The squads compete against each other but also help each other. For instance, Harden provided tips on freestyle wrestling to Taegu&#8217;s first-year coach Jason Warder, whose background is in collegiate wrestling.

Nile C. Kinnick&#8217;s girls were to visit the Knights, as were the St. Maur International Cougars of Yokohama. Not immediately known was when the games would be rescheduled. Up to four inches of snow fell in the Kanto Plain area on Saturday, with more forecast for Sunday.