Cross-town rivals go at it again 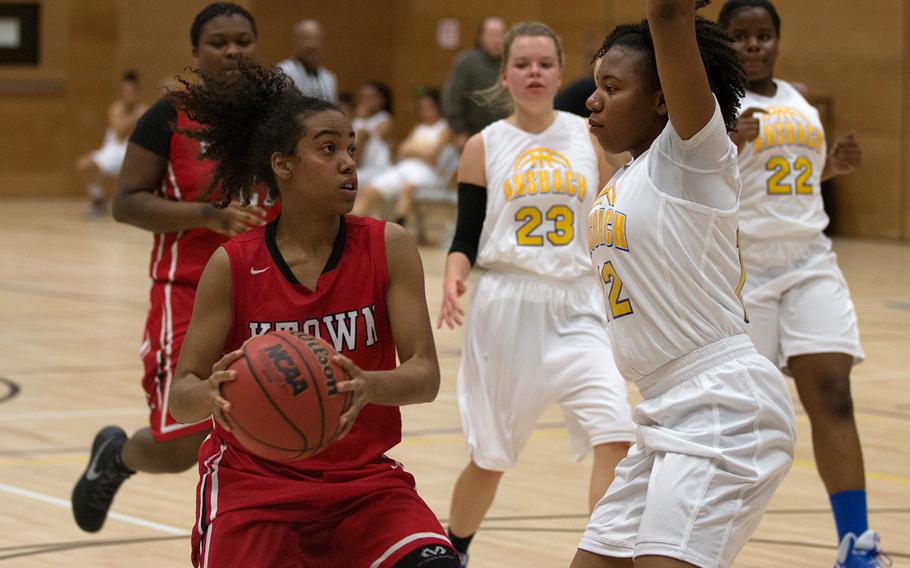 Kaiserslautern's Destiny Luckey drives to the basket during the opening game of the 2015 DODDS-Europe basketball season against the Ansbach Cougars in Ansbach, Germany, Dec. 4, 2015. Kaiserslautern won 35-12. The Raiders will face crosstown rivals Ramstein Friday night. (Michael S. Darnell/Stars and Stripes)

Kaiserslautern's Destiny Luckey drives to the basket during the opening game of the 2015 DODDS-Europe basketball season against the Ansbach Cougars in Ansbach, Germany, Dec. 4, 2015. Kaiserslautern won 35-12. The Raiders will face crosstown rivals Ramstein Friday night. (Michael S. Darnell/Stars and Stripes) 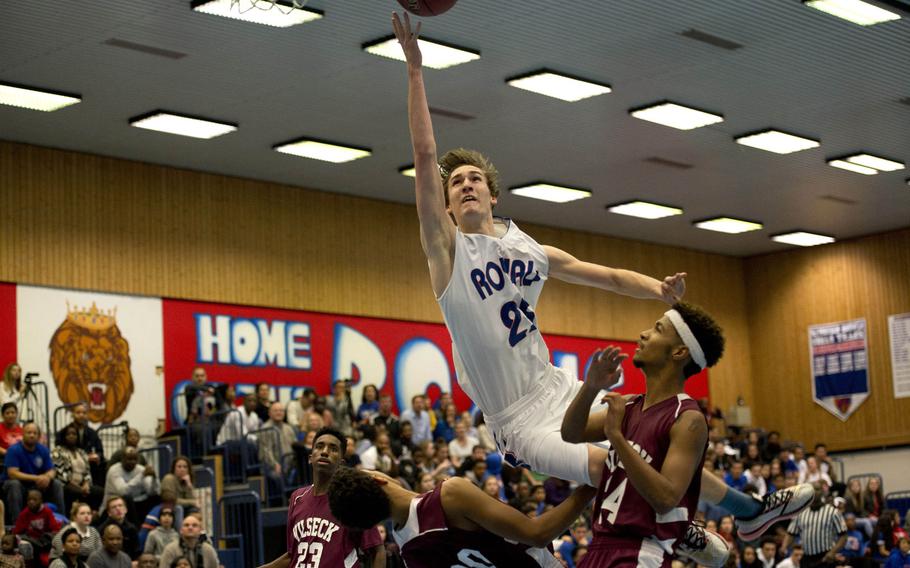 Kaiserslautern boys basketball coach Corey Sullivan is looking forward to his team’s Friday game against “that other school.” Ramstein girls coach Nathan Brewster said it would be “nice to win against the cross-town rival.”

At this point in DODDS-Europe’s fiercest rivalry, the names of the two sides go without saying.

The Kaiserslautern Raiders and Ramstein Royals prolong their decades-long struggle Friday night with a game on each school’s campus. The defending Division I champion Ramstein boys travel to Kaiserslautern for a rematch of last year’s European title game, while the Raider girls visit Ramstein.

While many DODDS-Europe coaches attempt to downplay such rivalries, Sullivan chooses to embrace it.

“Rivalries are fun,” Sullivan said. “That other school makes us better.”

The Royals and Raiders represent two of DODDS-Europe’s biggest and most established high schools; Ramstein is currently DODDS-Europe’s largest high school by student population, while Kaiserslautern ranks third behind Stuttgart. That natural rivalry is heightened by geographic proximity, with just a 15-minute stretch of Autobahn 6 separating the two bases.

Those factors have combined to make the red Raiders and blue Royals intense adversaries. But the involved coaches point out that it’s all in the good-natured spirit of American high school sports.

Kaiserslautern girls coach Daniel Vasquez characterized the feud as a “friendly rivalry” played for “bragging rights,” as well as the potential benefit of an eventual higher seed in the Division I tournament bracket the Raiders and Royals will share in February.

Sullivan sees the high-profile games against the Royals as another opportunity to represent his beloved institution.

Ramstein boys coach Andrew O’Connor is a graduate of Kaiserslautern and a former Raider player. While acknowledging the importance of the cross-town matchup, O’Connor is focused on developing his revamped Royals.

“Kaiserslautern is always special for me,” O’Connor said. “It’s a little too early in the season for us to think about rivalries and winning streaks.”

All four teams enter the weekend at 2-0 after Ramstein swept Vilseck and Kaiserslautern swept Ansbach in the season’s opening weekend. Friday’s games represent each team’s last regular-season games before a month-long break in DODDS-Europe action.