Cornett a triple threat this year for Saints 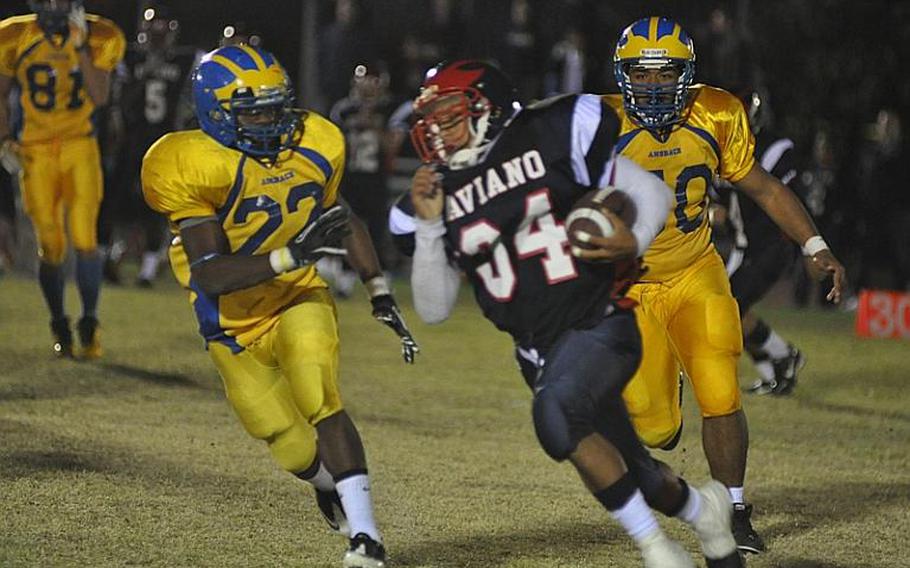 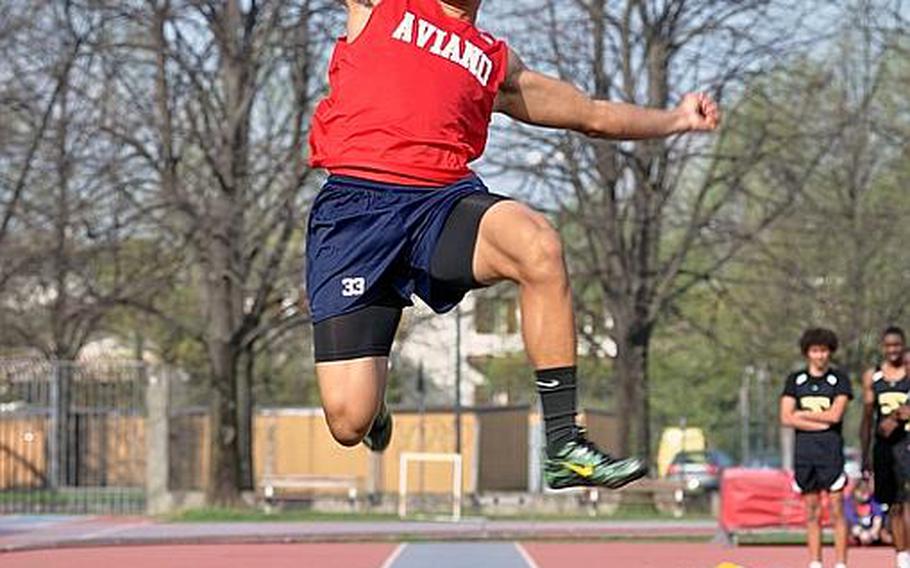 Buy Photo
Aviano senior Darien Cornett, the defending DODDS-Europe long jump champion, got off to a flying start in to the season March 31, with a leap of 20 feet, 2 inches. Three of his four jumps met the qualifying standard for the European championships May 25-26 in Wiesbaden, Germany. (Kent Harris/Stars and Stripes) 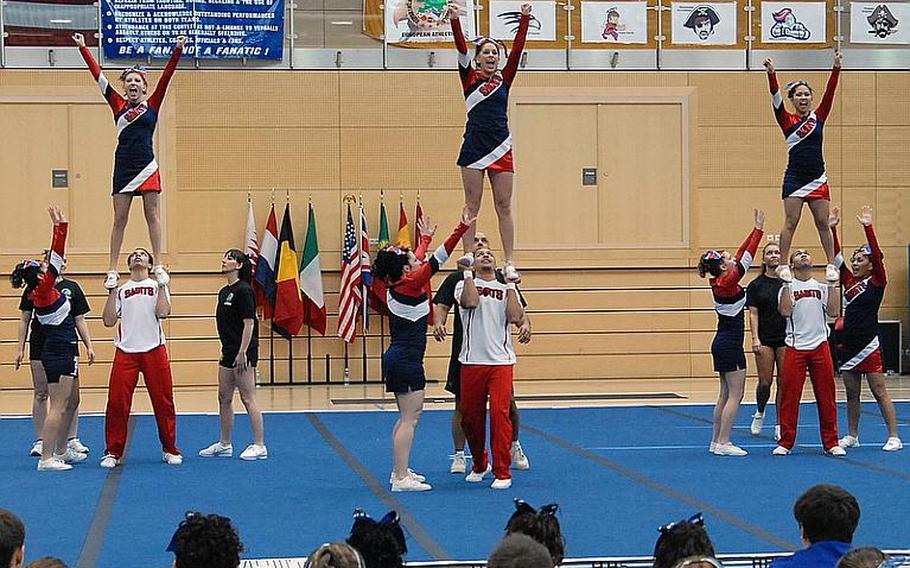 Buy Photo
Darien Cornett, center, and the Aviano Saints cheer squad in action at the DODDS-Europe cheerleading championships in Wiesbaden in February. The Saints took third in Division II and Cornett was selected to the All-Europe team. (Michael Abrams/Stars and Stripes)

When dealing with Aviano senior Darien Cornett, expect the unexpected.

Cornett, the reigning European long-jump champion, is an All-Europe football player and, of all things, an All-Europe cheerleader, too.

So which of those is his favorite activity?

None, it turns out.

&ldquo;Basketball,&rdquo; he replied quickly when asked that question by telephone on Monday. &ldquo;My Dad&rsquo;s from Kentucky and has been a coach all his life.&rdquo;

Cornett doesn&rsquo;t even play basketball for the Saints. Instead, he decided to become a cheerleader.

It strikes the outsider as a strange choice for someone who owns the athleticism to star on the hardwood. To Cornett, who began learning to tumble as a sophomore in Arizona with cheerleading on his mind, it&rsquo;s a natural progression.

&ldquo;There aren&rsquo;t many of us 5-8 guys in the NBA,&rdquo; Cornett said.

There are, however, 5-8 guys who can play basketball at the All-Europe level, and at least two observers, Cornett&rsquo;s father and long-time Aviano basketball coach Ken McNeely, can be forgiven for wishing Cornett, who averaged over 10 yards per carry as an All-Europe running back last season, had chosen to try to become an All-Europe point guard, too.

&ldquo;His dad was kind of disappointed at first,&rdquo; McNeely said by telephone of the younger Cornett&rsquo;s decision, &ldquo;but what kids want to do is important. He wants to try to go to college on a cheer scholarship. Our job as coaches is to try to support them.&rdquo;

Cornett already has the cheerleading goal in the bag. He&rsquo;s been accepted by Northern Arizona University and the school&rsquo;s spirit team, too.

&ldquo;They looked at my tryout tape,&rdquo; Cornett said, &ldquo;and said they&rsquo;d love to have me on the squad.&rdquo;

Cornett said he&rsquo;s waiting to hear from another college, the University of Oregon, where a chance to cheer and walk on to the Ducks&rsquo; perennially powerful track team would be a huge plus.

&ldquo;That&rsquo;d be ideal,&rdquo; Cornett said of taking his talents to Eugene, where he would likely prove as big a surprise to the Nike-fueled world-class jumpers there as he was to first-year Aviano sprinting and jumping coach Jeffrey Dean.

&ldquo;At first, I was shocked at how short he is,&rdquo; Dean said by telephone on Monday about Cornett, who struck European long-jump gold last May by clearing 21 feet, 4 inches, &ldquo;and by how far out he can go without seeming to be trying hard.&rdquo;

That kind of ability and success would lead one to expect that the long jump is Cornett&rsquo;s favorite event.

&ldquo;The triple jump, by far,&rdquo; replied Cornett, who also runs relays, when asked his favorite spring event. &ldquo;It&rsquo;s just that challenge. It&rsquo;s not an event for the meek. You&rsquo;ve got to be centered.&rdquo;

Centered is exactly what Cornett is, according to Dean.

&ldquo;We&rsquo;ve never adjusted his form,&rdquo; Dean said of the way Cornett attacks the athleticism-demanding triple. &ldquo;We&rsquo;ve added or taken away steps depending on the different approach tracks, but that&rsquo;s it. His technique is perfect.&rdquo;

Cornett said his first two years at a high school in Goodyear, Ariz., helped him learn the triple&rsquo;s arcane moves.

&ldquo;We had a really good coaching staff covering every aspect of the event,&rdquo; Cornett said, &ldquo;even a sprint coach to help us just on the approach.&rdquo;

Cornett is still in touch by email with those coaches, and his present coach predicts lots more success for the athlete who&rsquo;s eyeing double jump-gold this time around at Europeans.

&ldquo;He&rsquo;s got a great future in the triple and the long jumps,&rdquo; said Dean, who rates Cornett as one of the best jumpers he&rsquo;s ever coached. &ldquo;His stern will and drive to succeed will carry him far.&rdquo;

That&rsquo;s one expectation, at least, that we probably can depend on.