Cobras forward not just one of the boys 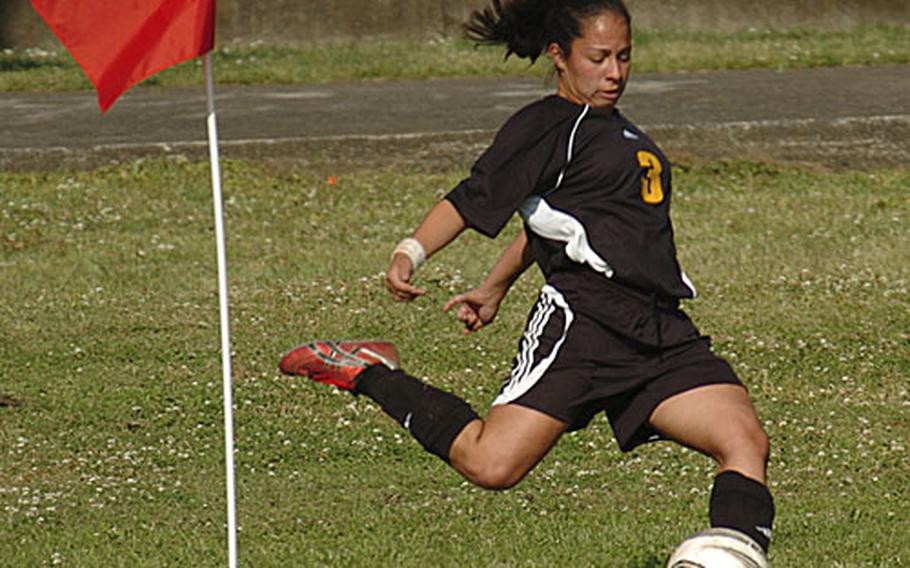 Jen Abel from Kadena High School takes a side kick to try to score against Yokota on Monday in the Far East Girls Soccer Tournament on Yokota Air Base, Japan. Kadena beat Yokota 3-0. (Christopher B. Stoltz / S&S)

Jen Abel from Kadena High School takes a side kick to try to score against Yokota on Monday in the Far East Girls Soccer Tournament on Yokota Air Base, Japan. Kadena beat Yokota 3-0. (Christopher B. Stoltz / S&S) 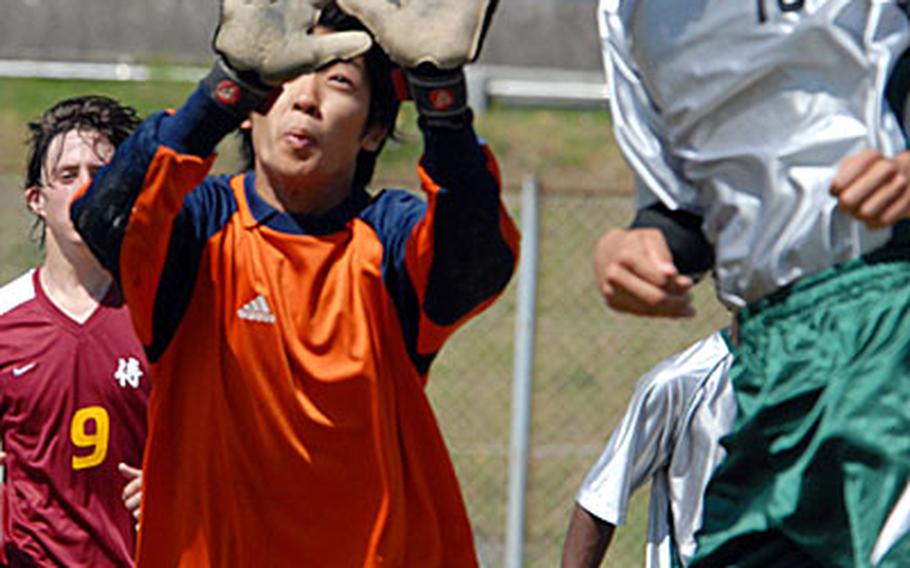 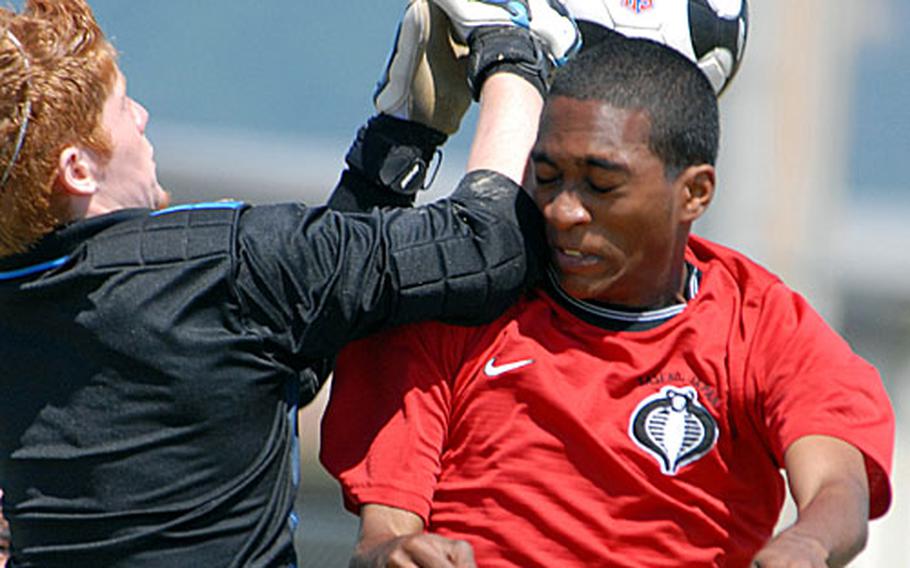 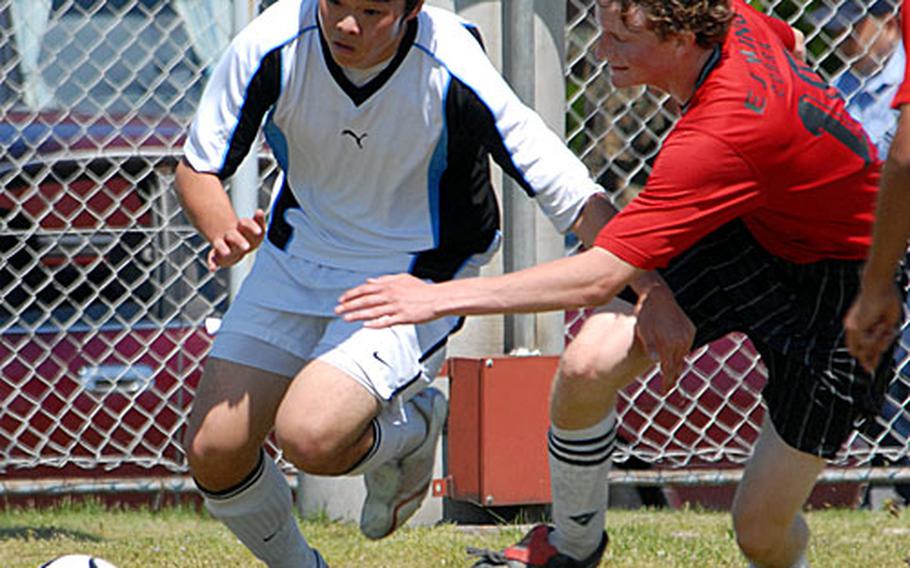 MARINE CORPS AIR STATION IWAKUNI, Japan &#8212; From the moment freshman Casey Alexander stepped on the practice field to compete for a spot on E.J. King&#8217;s boys soccer team, coach Michael Erickson said there was &#8220;no doubt&#8221; that she belonged.

E.J. King, a tiny high school on Sasebo Naval Base in southwestern Japan, doesn&#8217;t have a girls soccer program. Only two girls tried out, Erickson said, for the boys team in February, and Alexander earned her starting role immediately.

Erickson spoke highly of his left forward, who&#8217;s been playing soccer since the age of 5.

To teammates, Alexander is just another member of the squad.

Not since the tournament began in 2002 had Perry ever beaten Osan, until Monday.

&#8220;You see the way they celebrated, you&#8217;d think they&#8217;d just won the World Cup. Doesn&#8217;t happen often here at Iwakuni,&#8221; coach Chris Anderson said of the Samurai, who earned the No. 2 seed into the single-elimination playoffs that began Tuesday. The championship is Wednesday.

The senior striker shattered her own Pacific goal-scoring record for a season, notching her 71st tally in Monday&#8217;s 4-0 shutout of Hong Kong International as the Far East Girls Class AA tournament got under way at Yokota High School.

With the record in the books, Nguyen, Abel and the Panthers turned to their next order of business: trying for an unprecedented fourth straight tournament title.

Yokota veteran, Kadena rookie score in bunchesKADENA AIR BASE, Okinawa &#8212; No sooner had folks gotten comfortable in their bleacher seats Monday than they were treated to some pitch pyrotechnics courtesy of four-year Yokota veteran midfielder Stefan Welch and Kadena freshman striker Stanley Schrock.

Welch lit up the board twice in just the first minute, going on to post four goals as the Panthers clipped the Robert D. Edgren Eagles 5-2. Meanwhile, Schrock spread out five goals over three matches as the defending champion Panthers started strongly, with two victories and a tie.

&#8220;Being with us for four years is rare for any player, and somebody like Stefan who just loves the game and is a high-caliber player, he makes me a better coach,&#8221; Yokota&#8217;s Tim Pujol said.